January Preview - My Most Anticipated Books Of The Month

Yes, I know it's super-late, but I decided I was going to try and do monthly previews so I figured I'd start now rather than waiting for February. Mix of UK and US releases (I'll try to make sure I group them correctly!) from various genres and age ranges, just whatever I think sounds most interesting.

Also I found out about most of these from one or more of the following AMAZING lists. 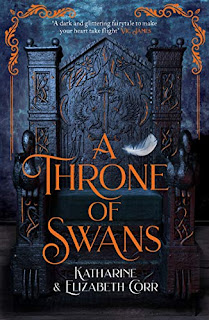 I somehow managed to fall super behind with the Witch's Kiss series by the Corr sisters after really enjoying the first book in the trilogy. I definitely want to finish it soon, but I've been distracted by this, my current read - it's a really intriguing fantasy about a girl who inherits the role of Protector of Atratys in a kingdom where nobles can transform into birds. But Aderyn hasn't transformed since her mother's brutal death at the hands of supposedly-extinct hawks, and she's now left at the mercy of her brutal uncle. Great world-building here and intriguing characters have definitely drawn me into this, I can't wait to see what happens. 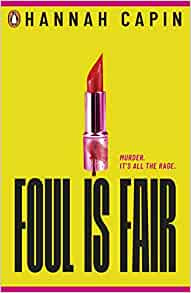 Foul Is Fair by Hannah Capon (Penguin Books) - Out Now

This Macbeth-inspired revenge fantasy is getting tons of comparisons to lots of my favourite things, amongst them Cruel Intentions, Riverdale and Heathers. It's about four girls who gatecrash a prep school party, only for the main character to be raped. She chooses to transfer to the school her attackers attend, and enact a violent and bloody revenge, manipulating a boy called Mack to help her do so. Everything I've seen about this so far makes it sounds staggeringly over the top, in an awesome way. Many thanks to Penguin for approving me on NetGalley for this; it's going to be one of my next reads. 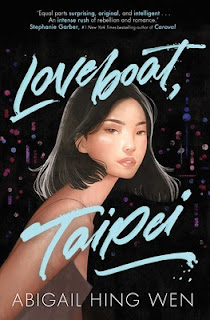 In a rare moment of actually being ahead of the game, I already reviewed this one! (Many thanks to publishers Simon and Schuster for the proof for review consideration.) It follows aspiring dancer Ever Wong as she's sent to Taipei by her strict family to learn Mandarin, rather than dance in the parade she's been looking forward to taking part in. But once Ever gets to the summer program she's enrolled in, she finds that it's an infamous free-for-all nicknamed Loveboat where for many participants, language learning and calligraphy take a backseat to hook ups and clubbing. Ever sets out to break the Wong Rules, assisted by some new friends including potential love interests.

Click the earlier link for my full review, but in general I found this a really enjoyable read with some great characters and a deeply satisfying climax and resolution. 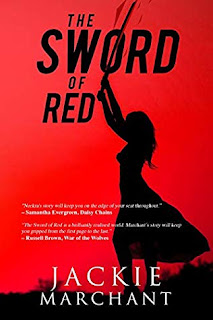 The Sword of Red by Jackie Marchant (BLKDOG) - Out Now

I was a big fan of Jackie Marchant's Dougal Trump series for younger readers (later repackaged as Dougal Daley, after another D Trump achieved rather more notoriety!), a hilarious series about a boy routinely blamed for a ton of things - none of which are his fault, obviously! The switch to YA fantasy surprised me when I heard about it but Marchant is a talented author and I'm really intrigued to see what she does with this novel, about a rebel girl trying to help the bastard son of the Supreme Lawmaker lose his violent past and accept the peaceful ways of the forest-dwellers she lives amongst. 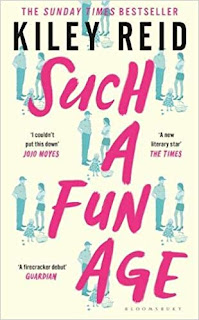 Such A Fun Age by Kiley Reid (Bloomsbury Circus) - Out Now

Tons of great reviews for this debut novel about a young Black babysitter accused by a security guard of kidnapping her employer's two-year-old white child. Her employer is horrified by the way Emira's humiliated as somebody films the encounter, and tries to make things right, but it sounds like unexpected consequences ensue. Goodreads summary says "With empathy and piercing social commentary, Such a Fun Age explores the stickiness of transactional relationships, what it means to make someone “family,” the complicated reality of being a grown up, and the consequences of doing the right thing for the wrong reason." Themes here sound incredibly interesting and as I mentioned there's a LOT of praise coming from good sources for it. 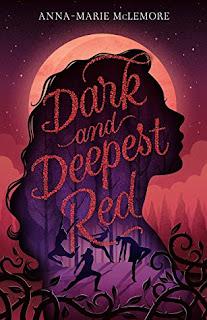 Anna-Marie McLemore is one of the most popular authors amongst my Twitter followers and having recently read their short story Roja in the anthology All Out: The No Longer Secret Stories of Queer Teens Throughout The Ages, edited by Saundra Mitchell, it's easy to see why. They are an incredibly lyrical writer and I can't believe I haven't got around to reading any of their novels yet. I'm definitely going to change that as soon as I get my hands on this queer retelling of The Red Shoes, about a strange sickness in 1518 Strasbourg making women dance in the streets, and a girl suffering from the same fever 500 years later. 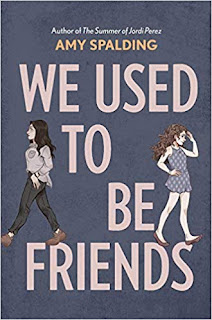 We Used To Be Friends by Amy Spalding (Harry N. Abrams) - Out Now

I've followed Amy Spalding on Twitter for ages and it seems like I've been waiting FOREVER for this one as I loved the sound of it from the first moment I read about it; I'm so glad it's here. It's a story about a friedship breakup between two girls, Kat and James, and it's told in dual timelines - one moving forward in time and the other moving backwards. I love stories told in interesting structures and this sounds like a great example of that, while I definitely feel there should be more books about the painfulness of friendship breakups, which for me can potentially be far worse than the end of a romance. 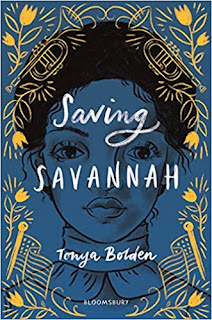 Saving Savannah by Tonya Bolden (Bloomsbury YA) - Out Now

Savannah Riddle, daughter of an upper class African American family in early 1900s DC, is a well-educated young woman who has her pick of the young men in her set. But she feels suffocated by fancy parties and the shallow people she mixes with, and after meeting someone from the working class, is drawn into suffragist lectures and socialist meetings. She's determined to educate herself, but as she starts to change her views, DC erupts in riots, bombings and lynchings. This sounds like a tough read, but also a really fascinating era and setting to read about. 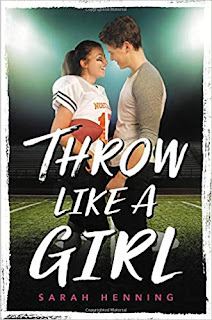 Throw Like A Girl by Sarah Hennings (Poppy) - Out Now

This is being compared to Morgan Matson, which on its own is generally enough to get me interested, but add a sports setting and I'm SOLD. It's about a softball star who loses everything - including her scholarship - after throwing an ill-advised punch during a game. Transferring to the nearby public school, she has to face the teammates of the girl she punched, and can't even get onto the softball team there - until an injured star quarterback promises her he'll get her into the softball team in spring if she replaces him on the gridiron until he's recovered. Love interest here sounds intriguing and main character Liv seems like an awesome character. 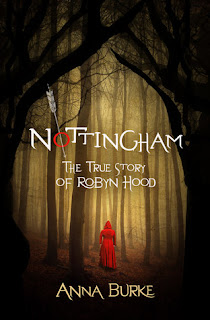 Robin Hood retellings are totally my jam; books about found family are even more so. So this one about Robyn Hood, on the run from the law after a fateful hunting accident and taking on the Sheriff of Nottingham with the help of her band of merry women and the Sheriff's intriguing daughter Robyn sounds AMAZING.