The Company of Eight Blog Tour: Q & A with Harriet Whitehorn

As a big fan of Harriet Whitehorn's, I'm really excited for her new book The Company Of Eight! It's great to be able to host this Q and A with her today.

Quickfire The Company of Eight Q&A


The Company of Eight is full of fascinating locations. Where in the Longest World would you want to live?

That is such a difficult question as I slightly fall in love with wherever I am writing about.  I think, a bit like Cass, I would like to be based in Minaris, as I have always wanted to live in a city where you skate everywhere in the winter, but then I would also like to do a bit of roaming too.  To copy Cass, my first adventure would be to the Islands, and I would definitely take in turtle watching, star gazing and possibly an encounter with pirates.  But then I think I would take a boat on to The Furthest Lands and  explore The Great City of Pinging, known as City of Ladders because it is built on multiple layers.  And then, if I still had the energy, head for a port to the west of Minaris called Pinoa, and explore the mountainous countries to the north.   And finally return exhausted to Minaris to drink tea and Rimple’s with Mrs Potts!


My favourite character is Cass but the most fun to write is her guardian Mrs Potts -  she’s so deliciously awful - snobbish, shallow and self seeking,  but ultimately she is proved to have a heart of gold as the book shows.

Cass can’t wait for all her future exciting adventures with the Company: can you give us a hint as to where these adventures might take her?


Well I can tell you that it is not where she is expecting to go!  She thinks that she is off to chase pirates around the tropical Far Isles but she actually ends up as far away from that as you can imagine.

Which would you rather: join the Company of Eight, live on the Island of Women, practise acrobatics on the Circus Ship, or be a fortune-teller in the Magical District? Why?


They all sound like fun but it would definitely have to be joining The Company of Eight - I have always wanted to be a sword fighter and am always googling adult fencing classes for beginners but never actually pluck up the courage to go to one.


The Company of Eight is an amazing escapist fantasy adventure, but what kind of books do you like to read personally?


I do love fantasy and some of my all time favourite books are in that genre, like The Earthsea Trilogy and Jonathan Strange and Mr Norrell.  But in general, I am quite an eclectic reader and read a real hotch potch.  The common thread is often a personal recommendation as I’m always intrigued to see what other people love reading. 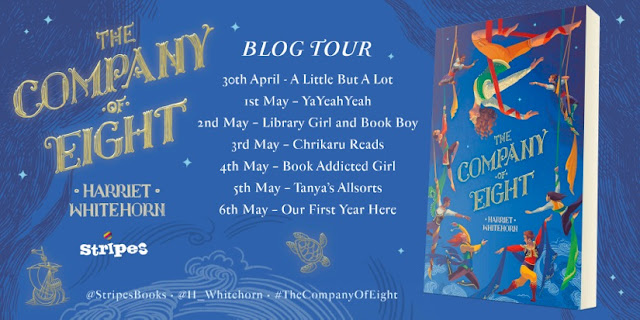 As a massive fan of Elizabeth Wein's books, I'm always thrilled to hear about more from her - particularly when it's set in World War II, like her bestselling Code Name Verity, one of the most emotional YA novels I've ever read. I was delighted to hear that she has a new WWII-set book, Firebird, coming out in August, and honoured when publishers Barrington Stoke asked me if I'd like to reveal Ali Ardington's stunning cover!

Elizabeth Wein (@EWein2412 on Twitter) says "On my visit to Russia in 2016, I was truly blown away by the Soviet-era artwork I saw there. In my head, the Soviet Union always seems grey and drab. But their propaganda posters are jubilant blasts of eye-catching colour and dramatic shapes.

So I really loved the idea of trying to capture this look for the cover of Firebird, which takes place in the Soviet Union during World War II. From the onion domes of Red Square to the fighter plane formation soaring into battle, it’s a real tribute to the artists who had to inspire Soviet youth to go to war in the 1940s.

The Russian words for “red” and “beautiful” have the same origin, and the cover design for Firebird is both!"

I definitely agree with that! Over to superstar designer Ali Ardington (@aliardington on Twitter, and check out more of her fabulous work on her website.)

"I wanted to capture the feel of a Soviet Russian propaganda poster, whilst embracing feminism and celebrating the strong women of WW2. When I started the visual research for the cover, it became quite apparent how courageous and strong these young women were. In my mind the main female protagonist had to take centre stage, and be celebrated. The cover came to life around her."

And now, the actual gorgeous cover... 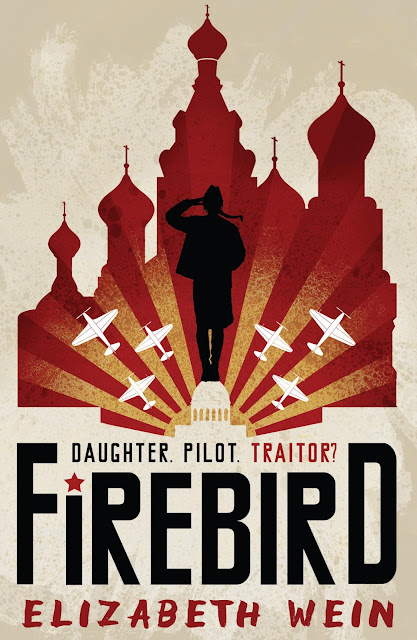 Firebird will be published by Barrington Stoke in August; I can't wait to read it!
- April 19, 2018 1 comment:

I haven't really been planning any posts for ages for various reasons, but when Keren David, one of my favourite YA contemporary writers, got in touch with me to ask if she could guest post I jumped at the chance. I'm super-intrigued to read Stranger, her first foray into historical fiction, which takes place in Canada in 1904 and 1994. 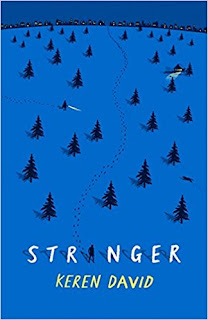 Where do you get your ideas from? It’s the question that most authors dread, but I’ve never had a great problem with it.  Until now.

For most of my books, the ideas have come from news reports. When I Was Joe, my debut, came from an item on the BBC about a boy in witness protection. All the others were similarly inspired, apart from This is Not a Love Story, which came about because I wanted to write something set in Amsterdam, my home for eight years.

I have no clue about where the idea came from, because it has been simmering away for nearly all my life.

At some point, as a child, I decided I wanted to write my own book. I started telling myself the story in bed at night. Every night I’d add a little bit more. It was unformed and undeveloped. There was blood, there was a murder, and a suspect full of fear and confusion. He was desperately afraid of telling his story, but it was only by telling it that he could win his freedom. It was a story about distrust, abuse of power, extreme emotions. And it was one I could never quite let go. For years, if sleep eluded me, I would let those feelings into my brain and sleep would inevitably follow.

And then, in 2012, I decided to try and write the story down. But I needed a new narrator -  Emmy, the girl who finds a ‘wild’ boy, naked and bloody on the edge of the forest. I needed a setting -  Canada seemed to choose itself -  and a time, as this didn’t feel anything like the contemporary stories I’d written before. It’s taken six years and many, many rewrites, but at last it’s done. Stranger is published this week.

Some of the ideas came through the storylines that emerged.  Stories about women, their bodies, their choices, their destinies. But at its core, this is a book whose origins were just there in my psyche. As such it’s very precious to me, and, still, something of a mystery. There’s a lot of me in all of my books. But this one goes deeper than all of the others. 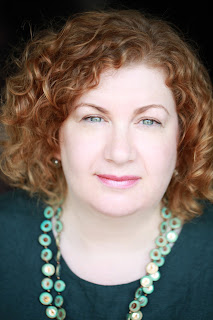 Stranger is published by Atom, and released on 5th April 2018.