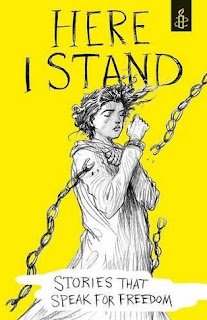 Availability: Included in Here I Stand : Stories That Speak For Freedom (Walker)

Story: A young lawyer defends a teenage boy who, along with three older men, faces a charge of aggravated burglary.

Why I'm Recommending: Despite being just 16 pages long, Chibundu Onuzo made me really care about both main characters here, the boy and his lawyer, and the story builds to a really powerful ending. 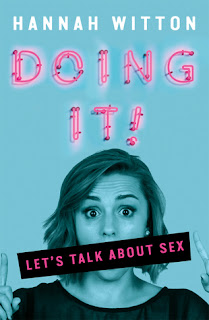 Availability: Included in the upcoming book Doing It by Hannah Witton (Wren and Rook)

Holly Bourne writes about something she's mentioned several times in panels I've seen her on, the Wormtail Test. Would behaviour often accepted as romantic - like watching someone sleep - coming from a handsome boy get the same reaction if it was Peter Pettigrew who was doing it?

Why I'm Recommending: Just as she does in her brilliant Spinsters Club series, Holly tackles an important subject with humour, which helps to get across her hugely important message about the dangers of abusive relationships.

Story: A djinn, growing disillusioned with the world due to the rise of the new president, is surprised at what happens when the president's men try to take a young boy and his mother from their house.

Why I'm Recommending: Beautifully-written and hopeful story at a time when we need all the hope we can get.
- March 04, 2017