Great to host a post on the Wing Jones photo tour today! I am a MASSIVE fan of both Katie Webber as a person and Wing Jones as a book - Walker are getting the year off to an amazing start, releasing this book recently and The Hate U Give by Angie Thomas in a few months time. Even though we're just 3 weeks into the year, I feel confident in saying both are likely to feature on a LOT of year-end best ofs! (And I know both authors are big fans of each other, too.)

Wing Jones is the much anticipated debut novel from Katherine Webber, publishing 5th January 2017 in the UK. With a grandmother from China and another from Ghana, fifteen-year-old Wing is often caught between worlds. But when tragedy strikes, Wing discovers a talent for running she never knew she had. Wing's speed could bring her family everything it needs. It could also stop Wing getting the one thing she wants…

Katherine Webber was born in Southern California but has lived in Atlanta, Hawaii, Hong Kong and now in London. For several years she worked at the reading charity BookTrust, where she worked on projects such as The Letterbox Club which delivers parcels of books to children in care, and YALC, the Young Adult Literature Convention. You can find her on Twitter @kwebberwrites

Throughout January, over 40 bloggers will be participating in the #WJphototour – a photo blog tour documenting Katherine’s path to publishing her debut novel. From childhood memories that inspired her writing to her time living in Atlanta and Asia that influenced the book to authors she’s met over the years right up to receiving her first finished copy of the book, follow along to see Katherine’s author life unfold! Keep an eye on the hashtag to see the latest photos! 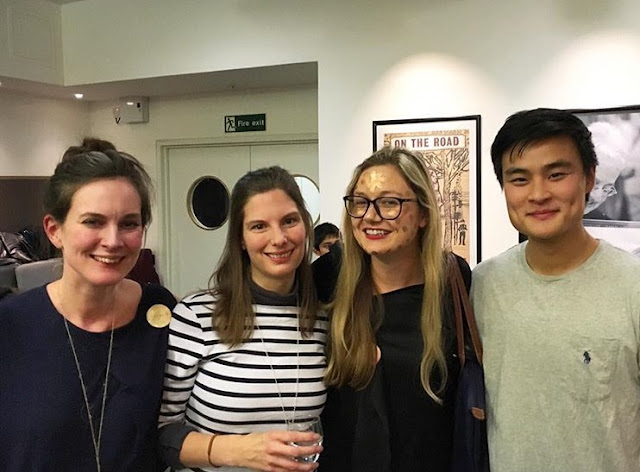 Over to Katie to talk about the photo.

"For me, one of the best parts of becoming a published author is all the amazing people I get to work with. I think most people in Children’s Publishing are amazing—but the team behind WING JONES is an absolute dream team. I’m so lucky to have them. Here I am with the people who love the book as much as I do, my editor Annalie Grainger, my agent Claire Wilson, and my husband Kevin. My face is covered in ridiculous gold paint because we were at Melinda Salisbury’s book launch and because I’m a good friend, I let her paint my face gold."

And if you need more convincing to read Wing, here's my review! 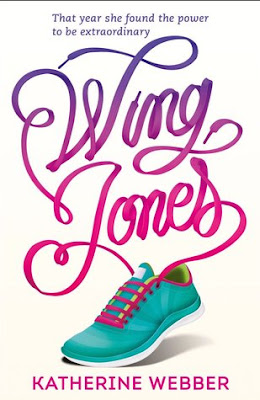