I have been planning on this feature for about a year, and somehow never got around to it. (I know, you're as shocked as I am, right?) I'm going to try and talk a bit about three short stories/essays/story songs I recommend once a week (or maybe once a fortnight - frequency to be determined.) I will try and avoid giving anything too much away, so they'll be fairly short pieces, but hopefully a good way to spread the word about some great stuff.

Rules I'm setting for myself: I won't use the same author twice in a month, and I won't use the same anthology twice in a month. For length, I'm including everything from flash stories/songs to novellas. Other that than, it will hopefully be quite a wide mix. (I already know I haven't read as much as I'd like to by POC authors; if anyone has any recommendations I'd be very interested - leave me a comment? Or tweet me at @yayeahyeah?) 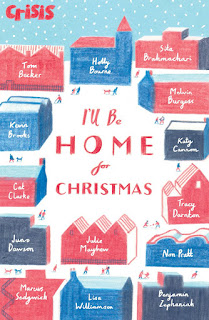 Homo For Christmas by Juno Dawson
Available: As part of I'll Be Home For Christmas, a Christmas anthology published by Stripes Books.
Story: A guy in a relationship with someone he met at university travels home to tell his mother he's gay, so in the future he can bring his boyfriend back with him.
Why I'm recommending: Juno is a really talented short story writer (The Unicorn in the Love Hurts collection is also great!) and she gives us a lovely story here which shows us romantic love and love between family members - it's incredible heart-warming. With so much UKYA set in London and the south of England, it's also fantastic to read about a character from the north! 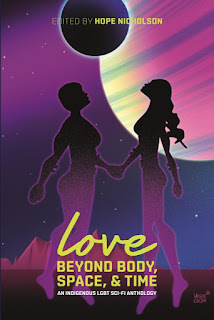 Perfectly You by David Robertson
Available: As part of Love Beyond Body, Space, and Time: An Indigenous LGBT Sci-Fi Anthology published by Bedside Press
Story: Emma has bored all her friends by talking to them about Cassie, who she barely knew. Now she's talking to a psychiatrist about her, after winning a contest she entered on a whim. But what exactly is the prize?
Why I'm recommending: I loved this for several reasons - it's a really intriguing plot, and I want to read more by Native authors so this was a great anthology to pick up. What has really stayed with me about this story in particular, though, is what a completely delightful central couple Emma and Cassie are! 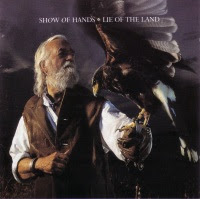 The Preacher by Steve Knightley (performed by Show of Hands)
Available: on Lie of the Land studio album and Roots: The Best of Show of Hands compilation
Story: A lonely island preacher longs for a woman he is in love with, but she's already married.
Why I'm recommending: Stunning cautionary tale about the perils of being careful what you wish for. Knightley's narrator is a chilling character - clearly the villain of the piece - and the ominous music works perfectly for the lyrics.

Email ThisBlogThis!Share to TwitterShare to FacebookShare to Pinterest
Labels: books, Shorts on Sunday