Great to be spotlighting Chasing Shadows by TA Williams today!

Chasing Shadows by T. A. Williams 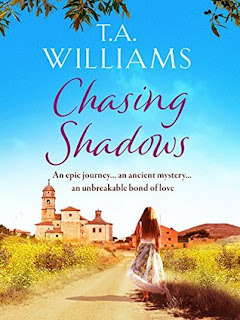 Summary:
Amy had it all – money, brains and beauty. And then the accident happened.
The Present Day: Left blind and without her family, Amy feels she needs to get away. On a trip along the Camino, she is accompanied by the mysterious and troubled Luke. Having been set up to help Amy by a mutual friend, Luke finds he is also running from his past…

1314: A Templar Knight, Luc, is also running. He meets the wife of a former comrade, now blinded in a terrifying attack: Aimee. Taking her under his wing, they must journey together through a dangerous world.

As they travel through the stunning scenery of Northern Spain, this couple, so very like Luke and Amy, emerge from the shadows of time carrying a treasure of inestimable value. 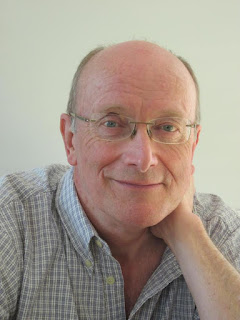 My name is Trevor Williams. I write under the androgynous name T A Williams because 65% of books are read by women. In my first book, "Dirty Minds" one of the (female) characters suggests the imbalance is due to the fact that men spend too much time getting drunk and watching football. I couldn't possibly comment. Ask my wife...
My background, before taking up writing full time, was in teaching and I was principal of a big English language school for many years. This involved me in travelling all over the world and my love of foreign parts is easy to find in my books. I speak a few languages and my Italian wife and I still speak Italian together.
I've written all sorts: thrillers, historical novels, short stories and now I'm enjoying myself hugely writing humour and romance. My most recent books are the What happens… series. What happens in Tuscany reached #1 in the Amazon.uk Romantic Comedy chart and What Happens on the Beach, the last in the series, came out in July. Chasing Shadows is still romance, but with the added spice of a liberal helping of medieval history, one of my pet hobbies. I do a lot of cycling and I rode all the way to Santiago de Compostela on a bike a few years back. This provided both the inspiration and the background research for Chasing Shadows.
I’m originally from Exeter, and I’ve lived all over Europe, but now I live in a little village in sleepy Devon, tucked away down here in south west England. I love the place.

Extract
'This is nice.’ Her voice sounded happy. She reached over so that she was gripping his arm with both hands again. They walked on in silence for a while, until a large rock loomed ahead of them. The snow had melted off it completely in the spring sunshine, and its bulk formed an effective windbreak. He guided her towards it.

‘Fancy a rest in the sunshine?’

‘It’ll be nice to get out of that bitter wind.’ She readily agreed.

They took up positions side by side, the sun warming their faces. She could feel the warmth of his body beside her. It felt very reassuring. More than reassuring, she thought to herself. This feels right. She breathed deeply, but said nothing. He cleared his throat in that way she had come to recognise. It meant he was embarrassed and she heard him launch into tour guide mode.

‘We’re facing west now and we’re in the lee of the rock. That’s why that cold wind’s stopped. You can see the tracks we’ve made in the snow quite clearly. We’re the first humans to come across here since the last snowstorm. Mind you, from the mass of other tracks, it must be a real wildlife show when we’re not around. Those are deer, I would think, and there are lots of rabbits or hares. There are bigger tracks over there, but I suppose they might have been made by a dog. No wolves left now, though the area was crawling with them in the Middle Ages.’

He rattled on, conscious that he was overdoing it. Deep inside he was afraid that if he didn’t, the conversation might take a more intimate turn. His emotions, held in check now for so many years, were still so uncertain. As ever, he did his best to suppress them. Anyway, he reminded himself, he was here as her guide. It would be all too easy to abuse the trust placed in him. ‘Bears, too, of course. There are supposed to be ten or twenty brown bears in this area nowadays, but it’s very unusual to come across one. Mind you, in...’

‘…in the Middle Ages, the area must have been crawling with them.’ She finished the sentence for him, a gently mocking note in her voice. 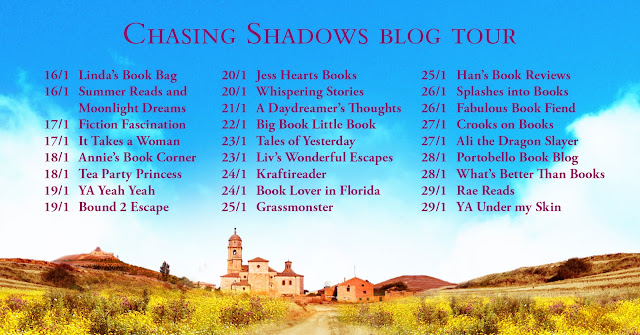 
YA Under My Skin