I posted about Litsy back towards the start of the year (exactly 8 months ago today, actually!) and thought I'd blog today to talk about some of the changes made since then. I have to admit, I dropped out of using it much over the summer due to being incredible busy, but I've been back to it a lot recently. (My interest was renewed a lot by the Android version being released, which seems to have really added to the amount of people I know using it - particularly superstar Julianne who is the most Litfluential person I know (for NOW; I'm aiming to overtake her by the end of the year!)

For my first thoughts, you can read/reread that post here.

Thoughts since then - the app still looks pretty much the same when you load it up - with the home/search/add/notifications/profile icons still forming the bottom bar. The home page shows featured posts now on occasions as well as those from people you're following. This doesn't happen anywhere near enough to be annoying (and in actual fact I'd be quite keen for them to show MORE featured posts, or at least give you the option of seeing more, just to boost discoverability a bit and make it easier to find new people to follow!) I've been featured once for my Riverkeep post, and Julianne was featured for her I'll Give You The Sun review. 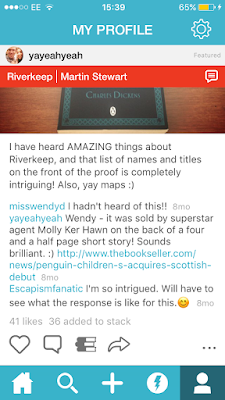 Search is still decent and seems to have most things although there are a couple of surprising omissions - Mistletoe and Murder by Robin Stevens, released last week, isn't on there yet (despite me trying to get it added via the cool 'tap here to suggest a book' link at the bottom of the search page.) I'm slightly confused as to when books are meant to go up - I'd originally thought it was only already released books on the app, but it already has Katherine Webber's 2017 release Wing Jones (under the US title The Heartbeats of Wing Jones), amongst a few other upcoming books I've seen.

The big changes made have really improved it - notably, there's an increase in character limit from 250 to 451 which seems much better. I feel I'm able to put together a decent review in that length (the app was inspired by 'shelf talk' cards in bookshops, and you can definitely see the similarities here.) Hashtags have also been added and while they don't seem to be being used THAT much there are some fun ones there - I'm especially enjoying #booktober, run by the brilliant Real Life Reading. As well, you now have three stacks you can add books to - as well as the previous 'to read' and 'have read' there's a 'reading one', the contents of which show up at the top of your profile page. 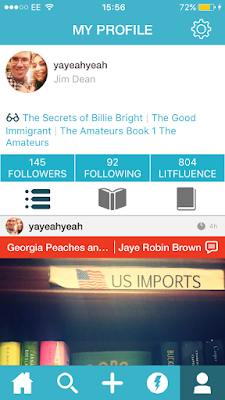 One thing which I don't think HAS really changed much, but which I hadn't explored properly last time around, is the picture editor - there are a ton of cool things you can do, from Instagram-type filters to blurring out text to show small parts of quotes, changing focus, and other touch-ups - very cool. 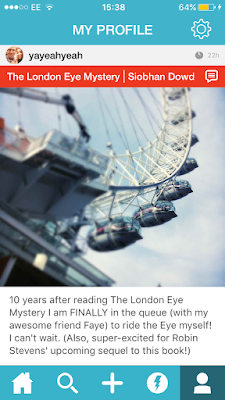 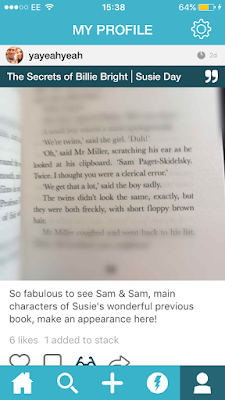 I still want to see more ways of browsing the app, but it's a really fun experience which I definitely feel combines the best parts of Goodreads and Instagram.

I also want to take this opportunity to share details of my #UKYANov hashtag which I'm going to be running on Litsy AND Instagram in November. Rather than a daily prompt, this will have a prompt every three days, but I'm hoping people will stick to UKYA books when posting their pictures. It should be a fabulous way to spread some love for amazing UKYA authors and books - it would be brilliant if readers wanted to join in! 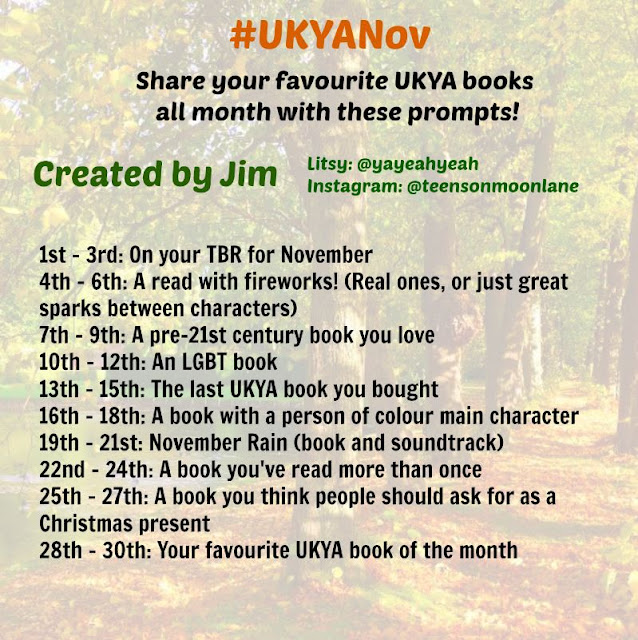