Friendship - In And Out Of Books

I'm just back home after seeing three excellent panels at the Southbank Centre's YA Literature Weekender. While all 3 were really enjoyable, the one that got me thinking the most is Non Pratt chairing Sara Barnard and brilliant vlogger/#feminisminYA organiser @helloiammariam on feminism and friendship. In particular, Sara Barnard's heartfelt recommendation of Feeling Sorry For Celia by Jaclyn Moriarty brought home to me just why I love the book so much. 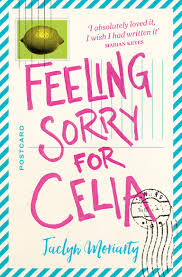 I think for me, Finding Cassie Crazy is Moriarty's absolute best work, with Dreaming of Amelia incredibly close behind. But there's no question that in her debut, she tackles both the beginning and the end of different friendships exquisitely. It's told in the form of letters between Elizabeth and her new pen pal Christina, notes between Elizabeth and her mother, and memos to Elizabeth from her subconscious, manifesting as imaginary organisations like The Best Friends Club, The Take A Deep Breath And Calm Down Society, and The Society of High School Runners Who Aren't Very Good at Long-Distance Running But Would Be If They Just Trained. At the start of the novel, Celia - Elizabeth's best friend since they were little - disappears, and Elizabeth tells her new pen pal how worried she is. Even though Celia gets in touch with her fairly quickly (to reveal she's joined a circus!) it becomes clear as the novel goes on that the friendship between Elizabeth and Celia is coming to an end. But it's also clear that Elizabeth is finding a new good friend in the shape of Christina. The way that the pair of friendships - one in its last days, another in its infancy - is handled is really wonderful. 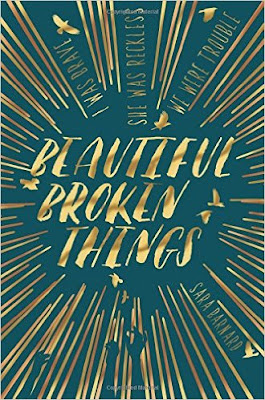 Sara's own Beautiful Broken Things is another book that handles friendships with great delicacy. In it, best friends Caddy and Rosie meet a third girl, Suzanne. Suzanne is originally introduced to Caddy (the narrator) by Rosie. But while Rosie and Suzanne met at school and quickly became friends, Suzanne and Caddy become even closer - only for Suzanne's hidden secrets to cause problems. This is a stunning read which deals with so many hard-hitting themes brilliantly - trauma, the aftermath of terrible events (which we seem to see less often in YA than the actual terrible events), and jealousy. It also shows us how quickly a friendship can develop, and how not all friendships are always positive. 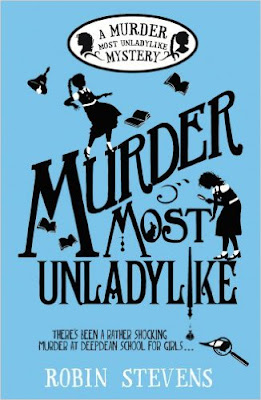 And of course, friendships change as time goes by - sometimes for better, sometimes for worse. Reading the Murder Most Unladylike books by Robin Stevens, there is a lot to love - they are superbly plotted mysteries in a variety of great settings with a host of interesting characters. But my absolute favourite thing about them has been seeing the way that narrator Hazel and fellow detective Daisy's friendship has grown over the five books so far, weathering the storms of Hazel's first attraction to a boy and seeing Daisy develop more respect for Hazel as a detective who is (nearly, in Daisy's view!) as good as she is.


I think reading about all of these different types of friendships has played a big part in helping me come to terms with things in my own life. A few months ago, I was visiting my parents. I saw a guy I would have at one point considered my best friend, but who has barely spoken to me for years, and I was struggling to deal with this for quite a while. Thinking about it, though, and talking to other people to help me work through it, I've finally realised that the part of our lives when we were best friends is over, and that he's moved on - and I think that, finally, I have as well.


Looking back at all of my really close relationships, there are some that ended badly, some that trailed away, and a few that are still going. I am grateful for the friendship shown to me by those last few - including one person I've known for over 30 years and who, despite hundreds of miles between us, is someone I trust completely and can share anything with. And I am also grateful to those people I no longer see, because each of them has made an impact on my life, and even looking back at one or two from my uni years which I probably wouldn't class as having been especially healthy, each of them has left me with some amazing memories. Meanwhile, just as old friendships have fallen by the wayside or drifted away, new ones have started, and existing distant friendships have gotten much closer. 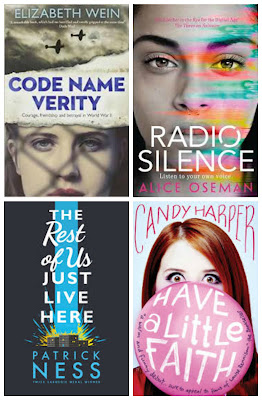 And reading has reassured me that all of those things are natural and normal. It has shown me that there are friendships which last a life time, ones which burn brightly and briefly, and others in between. In addition to the friendships mentioned, a few of my other favourites - Verity and Maddie in Code Name Verity by Elizabeth Wein, so brave and loyal and willing to do anything for each other. Platonic friends Frances and Aled in Radio Silence by Alice Oseman, who support each other so strongly that when they fall out it's painful to read. Mikey and Jared, who used to fool around despite Mikey mainly identifying as straight, in The Rest Of Us Just Live Here by Patrick Ness. Kaz and Ruby in Remix by Non Pratt, who have to cope with the discoveries they make about each othre over the course of a weekend but whose friendship is still so strong. And, of course, the quartet of girls at the centre of Candy Harper's Faith trilogy - I adore the way Faith and her friends help each other, argue, make up, and end up being better friends than ever.