Really happy to be taking part in a celebration of the release of Making Arrangements by Ferris Robinson, which looks great! 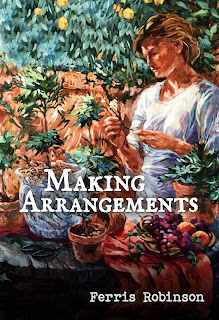 Summary:
Against all odds, cancer survivor Lang Ellis is celebrating the one-year anniversary of her “death sentence” when her beloved husband drops dead on the tennis court.
Devoted to him, she reels from the loss, focusing on her precious granddaughter but struggling with her bossy only child, Teddy, and his aloof girlfriend, Sarah.
With her historical family estate in jeopardy, Lang realizes her husband wasn’t as perfect as she thought.
The secret he carried to his grave can ruin her life.
If she lets it. 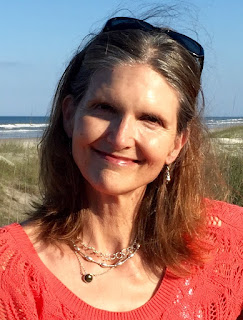 Ferris Robinson lives in a beautiful part of East Tennessee with her husband and two dogs. The mother of three grown sons, she delights in the fact that her dogs obey her – more or less.

A former columnist for the Chattanooga Free Press, she is the editor of the Lookout Mountain Mirror and the Signal Mountain Mirror. Her work has been published numerous times in The Christian Science Monitor and the “Chicken Soup for the Soul’ series. She is a columnist at chattanoogan.com.
The author of several cookbooks, including “Never Trust a Hungry Cook,” which she wrote in college and the “Gorgeless Gourmet’s Cookbook,” Ferris was featured on the cover of Women’s World magazine. Promoting her super-easy but healthy recipes, she made numerous television appearances and sold 10,000 copies of the Gorgeless Gourmet’s Cookbook, pre-Internet. Paid subscribers from every state in the U.S. received her newsletter featuring “practically fat-free recipes for super-busy people.”
Her book “Dogs and Love – Sixteen Stories of Fidelity” has 94 reviews on Amazon, and her other books include “Authentic Log Homes.” “Making Arrangements” is her first novel.

What do you wear the day after your husband dies? Lang wondered, damp from the shower. She put on her old sweatpants and Jack’s practically disintegrated Auburn sweatshirt because they were so soft. She wanted to feel something easy on her skin. She pressed the frayed ribbed collar to her nose and breathed in the sharp smell of aftershave and bacon grease. Jack’s smell.
Teddy sat hunched over the kitchen counter with Sarah and Katie D. on either side of him. Sarah leaned into him, her cloud of pale hair floating out over the back of Teddy’s brown sweater, hovering with static electricity. Lang watched the three of them for a moment from the doorway. She could hear murmurs of their sentences: Katie D.’s singsong voice, Teddy’s hoarse rumble, apologizing for something, and Sarah speaking so tenderly her voice didn’t sound human.
Lang closed her eyes, holding on to the doorjamb for balance, and felt Sarah’s words like they were something physical, covering her softly. Gently.
“Mom!” Teddy said, scraping the chair away from the counter. She jerked to attention.
He looked like he hadn’t slept in days; the collar of his button-down shirt was uncharacteristically wrinkled, and his azure eyes were flat.
“Oh! I didn’t hear you!” A. J. said, appearing suddenly from the hall bathroom. She looked Lang up and down, grimacing. “You still got that rubber band around your wrist.” Lang pulled the frayed cuff down to her knuckles, holding the soft fabric in her fists.
A. J. looked like a different person except for her crumpled tennis clothes. Her hair was styled and her eyes were bright and her skin was dewy. She looked like she’d found a day spa in the hall bathroom. Lang sniffed the air, detecting vanilla and deodorant.
“I smell something,” Katie D. said.
“Halston,” A. J. said, flapping her hands in circles about her neck in an effort to spread the heavy perfume around the room. Katie D. crinkled up her nose.
Lang ran her fingers under her own eyes, trying to remember the last time she’d looked in a mirror. She should have put on some makeup after her shower. Concealer under her eyes at least. She reached her hands out toward her son, then curled them into useless fists as she shook her head slowly.
Teddy wrapped his arms around her, and she felt her boy sink into her, collapsing for a second. His breath caught, and his chest shuddered against her shoulder.
“Shhh,” she said. “Don’t cry.” She felt him stiffen before he stepped away.
“How you holding up?” Teddy asked brusquely. “Who would have thought, huh? Sorry, bad joke. Dad would have laughed, though.”
Lang squeezed the edges of her mouth up into a semblance of a smile. No one would have ever thought Jack would be dead instead of her. Hilarious.

For the release day blitz, Ferris is giving away one e-book copy of the book to one lucky winner!