As a MASSIVE fan of Karen McCombie's I'm incredibly excited for her new book The Whispers of Wilderwood Hall (published by Scholastic), and really delighted to be hosting a post on her awesome blog tour today!

‘The Little House on the Prairie’ series of books, by Laura Ingalls Wilder.

Snapshot of me, aged 10, in the ‘70s: Outside, the north wind whoops and howls around my 15th storey, high-rise bedroom window, but I’m ignoring it, just as I’m ignoring the cityscape of my home town of Aberdeen, Scotland, and the view of the steel-grey North Sea dotted with oil rigs. That’s because inside (my cosy bedroom, and my story-hungry head) I’m on a covered wagon, rattling through the wild flower-speckled prairies of mid-West America in the late 18oos… I find I am absolutely enthralled with this third-person perspective but totally autobiographical series of books written by pioneer girl, Laura Ingalls Wilder. I devour every book in the series, from Laura’s early childhood in ‘Little House in the Big Woods’ to the early days of her marriage in ‘The First Four Years’. I love the unsentimental voice, the matter-of-factness in the telling of this family’s extraordinary lives, where disaster is met with quiet resilience, and small pleasures are gratefully received.

Snapshot of me, fast-forwarded to 2015: Over the years, I’ve reread the series numerous times. In a bookstore in New York in the ‘90s, I leapt on a whole, formerly unknown slew of ‘Little House’-related books, written by Laura’s daughter Rose Wilder Lane. And for Christmas 2014, I gratefully receive the hefty ‘Pioneer Girl’, a beautiful, hardback, annotated ‘autobiography’ of Laura Ingalls Wilder. I’m reading reviews of it online in early 2015, when I stumble across US novel-in-verse ‘May B’ by Caroline Starr Rose. We get matey on Twitter (because I’m positively RAVING about her pioneering story) and find out she’s a Laura Ingalls Wilder fangirl too. She tells me about an online course in Laura Ingalls Wilder’s later books, happening at the university of Minnesota. I enrol. Maddeningly, the course runs at the same time as I suddenly have an enormous amount of work on, so I don’t participate properly. What I DO do is – joyfully – reread every book in the series, and dip into all the online discussions by others on the course.

Snapshot of me, here and now: I’ve just been talking to my friend about her soon-to-graduate daughter. My friend talked about the importance of the ‘Harry Potter’ series of books to her daughter Ruby and all her buddies; of the legacy of life lessons and morals and humour those books have given them. And I realised with a lurch that ‘The Little House on the Prairie’ series is MY ‘Harry Potter’. A big part of this version of ME has been moulded by those stories of one girl’s life lived 150 years ago, in the big woods of Wisconsin, the great lakes of South Dakota, and the prairies of Nebraska and Kansas… And it’s not just my personality that’s been moulded, it’s my career as a story-teller too.

So from the ten-year-old me AND the all-grown up Karen, I’d love to send a hug of appreciation back in time to the wondrous Laura Ingalls Wilder… 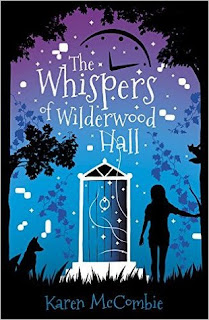 The Whispers of Wilderwood Hall by Karen McCombie


After leaving her friends to move to a crumbling Scottish mansion, Ellis is overcome by anxiety and loneliness. Then she hears whispers in the walls…and finds herself whisked back in time to 1912.
At first, she feels like she's finally home. But the past may not be as perfect as it seems – and is there more to hope for in the present than she first thought? 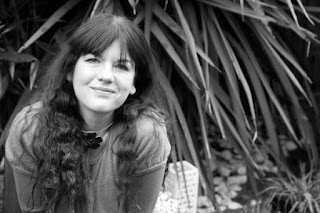 Karen McCombie is from Aberdeen but now lives in North London with her husband, daughter and one big ginger cat.

Before Karen became a full-time writer she worked for several teen magazines such as Just Seventeen, Bliss and Sugar in a variety roles - everything from Fashion Editor to Features Editor – all very exciting and glam!

Karen has sold over one million books in the UK alone and has been translated into 15 languages.

Find out more at www.karenmccombie.co.uk and take the opportunity to join Karen’s Club!

Tuesday 7th June
So Many Books, So Little Time
A Daydreamer’s Thoughts

Friday 10th June
YA Yeah Yeah
Snuggling on the Sofa