Really excited to reveal the cover for Kat Ellis's upcoming book, PURGE, today! This awesome-looking cover, for a book which sounds fascinating, was designed by Anne Glenn. 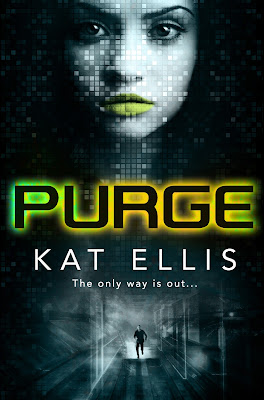 PURGE will be published by Firefly Press - 8 September, 2016.

Mason has a habit of getting into trouble. He's been kicked out of every place he's ever lived in. Moving to the cult-like community of Alteria is definitely a last resort, even if it's better than braving the wastelands outside. But following their strict rules is a hundred times harder when Mason meets Eden, who has a wicked streak to match his own.

When Eden is caught with contraband, she’s forced into a virtual reality programme to purge her bad behaviour. But Mason has seen what happens to people who go in and he knows Eden will never be the same. He'll lose her forever unless he follows her into the programme - where he will have no memory of himself, or how to escape.

Failure isn't an option when it means being purged from existence. 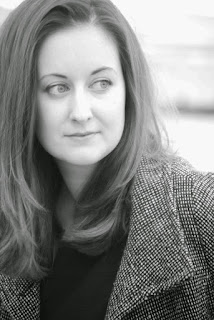 Kat Ellis is a young adult writer from North Wales. You'll usually find Kat up to no good on Twitter, taking photographs in cemeteries, or watching scary films with her husband. Her debut novel, BLACKFIN SKY, came out in 2014 and was a Junior Library Guild Fall Pick and a YALSA Popular Paperbacks Pick for Murder, Mystery and Mayhem. BREAKER (Running Press Kids) will be released in May 2016, followed by PURGE (Firefly Press) in September 2016.