I loved Egmont's fantastic new Mystery And Mayhem MG anthology, and Frances Hardinge's story was one of my very favourites, so it's great to have her on the blog today! 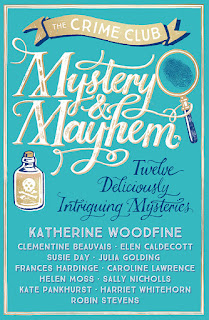 The (Not So) Great Hardinge Detective Agency

The mystery bug bit me early. I was hooked by Conan Doyle's Sherlock Holmes stories, and after that there was no hope for me. I gobbled my way through the Three Investigators series, and then dipped into adult murder mysteries – Agatha Christie, Raymond Chandler, Ngaio Marsh.

And when I got home from school, at 6pm there were often old black-and-white mystery films on TV, with detectives like the Saint, the Falcon, the Thin Man, Mr Moto, Charlie Chan, and Sherlock Holmes. The movies were mostly made in the 1940s, so there were fantastic hats, gangsters, trenchcoats with turned up collars, femme fatales and old-fashioned police cars with running boards on the sides that people could crouch on. I loved those films. 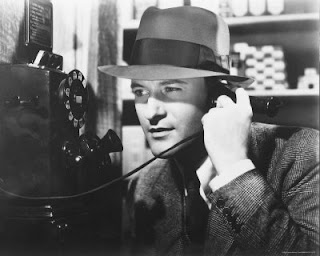 It was my sister, however, who came up with the idea of setting up our own detective agency. (When embarking on daring projects of this sort, I thoroughly recommend having a high quality sibling.) We were ten and nine years old at the time.

We owned a book called the Detective's Handbook, which told us how to look for clues, keep files, tail suspects and so on. I drew business cards for the agency in felt tip, cut out newspaper clippings about local crimes, and created files on suspicious characters. I even wrote a file on our guinea pig, for reasons I can't now remember. I think I may have gotten a little carried away. 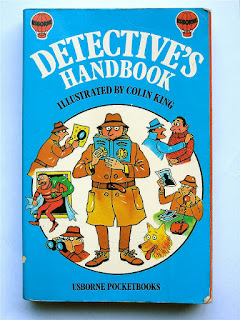 Unfortunately, we never actually solved any crimes. It wasn't for want of trying, though. There was one man that we suspected of being a thief, and so we enthusiastically tailed him for a bit. We even tried to take his fingerprints by stealth, using talcum and sellotape. (This didn't work At All. The poor man probably still wonders how his lawnmower ended up covered in talcum powder.)

The problem is, most real criminals are very unsporting. A lot of them are complete strangers who commit their skulduggery and then go away again, rather than hanging around the scene of the crime, acting suspiciously and dropping clues. How were we supposed to solve crimes like that?

Despite the less-than-total success of the Hardinge Detective Agency, my love of detective stories has never died. All of my books are, in some way, mysteries. There are always schemes to be detected, secrets to be deduced, and sometimes murderers to be unmasked.

Why? Mysteries are exciting. The detective and criminal are locked in a battle of wits, and the stakes are usually high. And a detective story challenges the reader to use their own wits, and wrestle with the puzzle. To play detective.

There's a lot to be said for thinking like a detective, even in ordinary life without an ingenious crime in sight.

Don't be afraid to dig for the truth. Don't take anything for granted. Don't judge people or situations at face value. Look at the evidence, and make up your own mind. 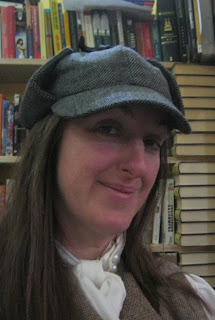 Check out the rest of the fantastic blog tour at the sites below! 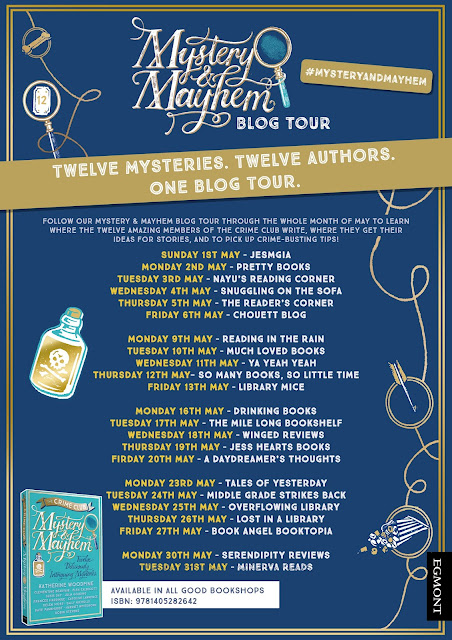