Really pleased to have Mark Huckerby, one of the co-authors - along with Nick Ostler - of the super-fun MG adventure story Defender of the Realm - here today to talk about his favourite children's books! 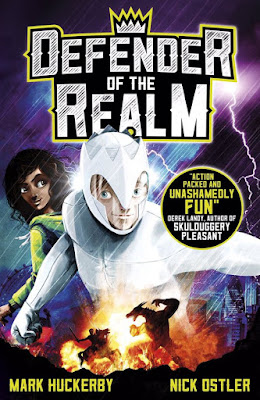 This was the one that started me reading and pretty much set the template for the fantasy adventure stories I write now. It’s still vey much comfort reading and one glance at the Tolkien artwork (that cover with the blue mountains and the green trees arrayed  underneath) still sparks a thrill as well as a longing for travel and adventure in me.


DANNY THE CHAMPION OF THE WORLD- Roald Dahl

It could be any number of Dahl’s books but this one I remember a teacher reading to us as we sat crosslegged in front of her when I was seven. I was completely transported to those woods at night and felt the illicit thrill of being somewhere you shouldn’t be. I remember being gripped by Danny driving the Austin Seven to save his dad and the sweet revenge over Mr Hazell. The other thing I recall is the warmth between Danny and his dad, it has so much heart. We’ve tried to do the same in Defender; give the characters beating hearts.


THE SWORD IN THE STONE- T  White

An obvious influence on Defender for me, I didn’t know it was from the late 1930s when I read it at the age of ten? Eleven? It’s whimsical and amusing and it used the legend of Arthur (and other legends!) in a light-hearted way as it suited.

Man, this did schools for wizards, dragons and something which is pretty much The Force before anyone else. I was engrossed but this because I identified with the apprentice Sparrowhawk- he’s the one who messes up. You’ve got to let your characters make mistakes (and make them try and make up for it!) and Alfie in Defender of the Realm certainly does.

I read these books as an adult so I’m not sure if this counts but I’m still in awe of them. The journey Lyra and Will go on mixes fantasy adventure, love story, theology and metaphysics in such a beautiful way. The perfect, epic trilogy to me. As a side note, I remember drinking coffee in a bookshop in Wimbledon reading these books at the time they came out and idly wondering if we had in us to write a novel as well. It was inspiring… so thanks Phillip Pullman!

Summary:
Super-villains. Hungry monsters. One kid to stop them all. Meet King Alfie: fourteen-year-old British monarch and Defender of the Realm. Alfie never expected to become king so young. He definitely didn’t expect to become a legendary superhero: the Defender. Which means fighting an ancient secret battle against mega-villains and evil monsters. All while grappling with adoring crowds, paparazzi and minders. Now the terrible Black Dragon is rising. Only Alfie can stop him. Think being a king is just about wearing a crown? Wrong. 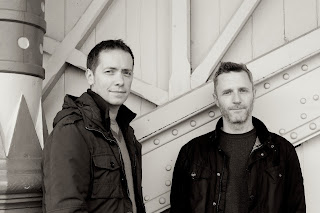 Mark Huckerby and Nick Ostler are Emmy and BAFTA-nominated screenwriters best known for writing popular TV shows such as Danger Mouse and Thunderbirds Are Go!