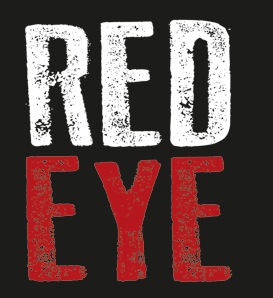 Thrilled to present not just my first author interview for some time on this blog, but my first TWO interviews! I normally like to talk to authors about their books, but the Red Eye books are rather too scary for me to read, which presented something of a problem. Thankfully, the wonderful Lou Morgan and Alex Bell were happy to answer some Halloween/horror themed questions. 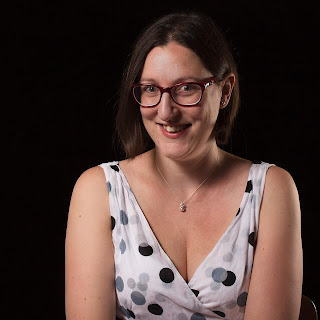 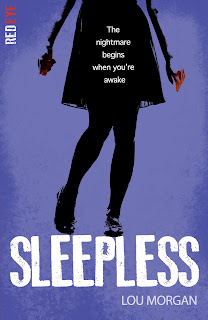 1) What was the first scary movie you can remember watching, and what effect did it have on you?

I think that would have to be Hitchcock's The Birds. It's not... scary, exactly, but you know what? It is. It really is. The idea that for no apparent reason and with no warning, all the birds could just turn against us? That's very unsettling. Because birds are everywhere. What do you do if they decide that, actually, they don't like people that much after all? I think it was the senselessness of it that bothered me the most: horror films involving awful things happening on a completely arbitrary basis; those are the ones that really bother me. (I'm clearly very judgemental and only like bad things to happen to bad people.)

I also remember seeing a version of Dracula very young: it was Frank Langella's one, I think. I used to collect vampire anthologies I found in second-hand bookshops, and I was forever smuggling them home past my mother - who hated horror. Then I saw The Lost Boys when I was 13,and there was no way I was ever going to not love vampires after that.


2) Which YA characters would MOST scare you if they visited youtrick-or-treating?

I'd have a real problem if any of the Sickos from Charlie Higson's The Enemy series knocked on the door - probably because they'd mostly be trying to eat me. Likewise, I'd be very keen to avoid Valeri, one of the vampire brothers who turns up in Will Hill's Department 19: The Rising. The most worrying one, though, would probably be Mary from James Dawson's Say Her Name. You wouldn't even have to open the door to her, would you?


3) Which other authors would you want with you if you were exploring a haunted house?

Preferably ones who can handle weapons, and who run slower than I do. Never be the slowest runner in the pack. As well as the sacrificial bit-players who are only there to make up the numbers so the rest of us make it out alive, I feel like James Dawson knows so much about horror that he'd be able to point out every lethal horror-cliche before we became one. My fellow Slytherin Mel Salisbury would be leading the exploration party (and would hopefully be able to get us out again). Non Pratt would be generally calming and excellent all round... and Robin Stevens would be able to prove to us that the old house wasn't haunted after all: it was a trick by the creepy caretaker who was Up To No Good.


4) What's the most scared you've ever been?

Good question. I've had a lot of the boring kinds of scared, or the being in the wrong place at the wrong time kind of scared - or even the "Oh good god, I think I might have got locked in this Tube station for the night" (true story) kind of scared.

But actually, the most scared I've ever been was a little more serious than that: I spent quite a long time at the very end of my teens and start of my twenties on and off medication to control my recently-diagnosed manic depression. That was very scary: not the medication - but the moment when it had just started to work, when I looked back and realised that for some time, I hadn't quite been... for want of a better word, sane. And - worse - I couldn't remember when or how it had started. (There's actually a very good analogy for that in Jonathan Strange and Mr Norrell, of which I'm a huge fan: if you've read the novel, you'll know it involves candles and pineapples. And if you haven't read the novel then, frankly, I don't think we can be friends any more.)

It was that fear, that idea - the idea that you can completely lose control of what's going on inside your own head *and not know it* - which partly inspired Sleepless. It's one of the things that scares me most in the world.


5) I sometimes ask authors why people should read their book - but as a variation, why SHOULDN'T people read your book late at night on Halloween if they're alone?

Sleep deprivation. Exhaustion. Hallucinations. Phantom footsteps, and the feeling that someone's behind you, reaching out to touch your shoulder in the dark.

And when the daylight eventually, finally, comes, things get even worse... 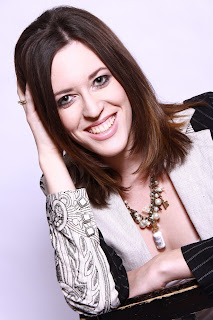 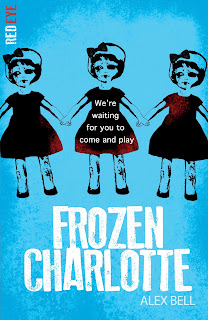 1) What was the first scary movie you can remember watching, and what effect did it have on you?

It was this awful thing called The Willies that my Dad rented from the video store when my Mum was in hospital one night. I think I was about six and my brother was a year younger, and we were both terrified. The film was made up of several short horror stories but the worst one was about this monster that lived in a school toilet and kept slaughtering people that went in there. Unfortunately, when I started junior school soon afterwards, I thought that the toilets there looked exactly like the ones in the film, so I was scared to go in them. I had to race in and out as fast as possible and sing the theme tune to My Little Pony under my breath the whole time I was in there so that I wouldn’t freak out. So, yeah, thanks for that one, Dad!


2) Which YA characters would MOST scare you if they visited you trick-or-treating?

Sebastian from Cassandra Clare’s Mortal Instruments series, because he’d be totally cold and ruthless. Also, the ghost of Anna from Anna Dressed in Blood by Kendare Blake.


3) Which other authors would you want with you if you were exploring a haunted house?

Hmm. I think my friends Jaine Fenn and Suzanne McLeod would do a better job of staying calm in that situation than me. And also my buddy Sarwat Chadda because I have a feeling he’d turn into some kind of ghost-banishing ninja if the need arose.


4) What's the most scared you've ever been?

Taking part in a séance this one time in the pitch black at about 3 o clock in the morning on one of these organised ghost night things. It was at an old house in the country with a really freaky fireplace and other fittings that had been brought from another house. The medium kept calling it a “house within a house” which I found really creepy. And during the séance he claimed to be channelling a ghost called Albert. My family later pointed out to me that he was achieving a weird sounding voice by breathing in as he spoke – but at the time I was pretty much wetting myself. Unfortunately, when I get really scared, I have a nervous laughter response that I can’t stop – and this didn’t go down very well with the medium, who probably thought I was mocking him. In fact, I was just scared out of my wits!


5) I sometimes ask authors why people should read their book - but as a variation, why SHOULDN'T people read your book late at night on Halloween if they're alone?

People shouldn’t read Frozen Charlotte at night on their own because they might start hearing tiny fingernails scratching at the windows – and if there are any dolls in the house then they might start to become very suspicious of them and convince themselves that the doll moved when they weren’t looking. Definitely not a good idea if you have any kind of antique doll collection, that’s for sure.

You can find out more about the Red Eye books at the publisher's website.