I'm really looking forward to reading ER Murray's The Book of Learning, a fantasy adventure published by The Mercier Press which starts off the Nine Lives trilogy. After talking to her on Twitter, she suggested writing about building believable characters for my blog - I was thrilled by the suggestion, and love the post! 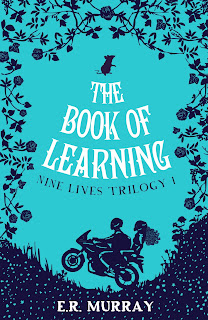 “Plot is no more than footprints left in the snow after your characters have run by on their way to incredible destinations.” ― Ray Bradbury, Zen in the Art of Writing

Although The Book of Learning is an action-packed fantasy adventure, the heart of the story focuses on the emotional journey of twelve-year-old Ebony Smart. When her grandpa dies, Ebony is sent to Dublin to live with an aunt she didn’t know existed, with only her pet rat, Winston, for company. Aunt Ruby informs Ebony that she is part of the Order of Nine Lives - a special tribe of people who reincarnate. She claims Ebony has one week to break a terrible curse or else die – and if she fails, the future of the Order of Nine Lives, and her family, is at risk. Immediately believable, right?

Erm…hardly! So how do you create fictional and otherworldly characters that are realistic, grabbing the reader’s attention so they want to come on a journey with you? The way I see it, there are three golden rules:

1)      Your reader must be able to feel emotion towards each character (this can be positive or negative).
2)      Your reader must be able to identify with some aspects of each character.
3)      Your characters must behave consistently – they should change and grow, but in a way that is true to their personal world view.
Ernest Hemingway famously said, “When writing a novel a writer should create living people; people not characters. A character is a caricature.”
I think that’s the best advice I’ve heard on creating characters. If you delved into the lives and family history of most people, you’d find weird stories, skeletons in the closest, and shocking or unbelievable events – as the saying goes, fact is often stranger than fiction. So when you write fantasy and fantastical characters, you can make anything believable so long as the characters show realistic personality traits, believable emotions, and react in a way that suits their individuality.
My characters appear before the storyline when I write my books, and I always write a ‘draft zero’ in exactly one month, letting the characters lead me. It gives me the clay that I need to sculpt my story. I don’t plot or plan character bios like some writers do, and I don’t plot or plan my stories until the second draft – I write organically in the early stages, and then add the details later.
When people find out you’re a writer, they always want to know if you base your characters on real people. They ask if you’ve got revenge on someone by writing them into a book. Friends and family often want to know whether they feature as a character. As people we’re curious about people – fictional or real. And seeing as books play out differently in every reader’s mind, in every reader’s imagination, I believe people in books are particularly intriguing.
Personally, I find that influences come in many guises; your own experiences, your friends and family and colleagues, characters in books and films, songs, random events you’ve witnessed, conversations overheard, philosophical ideas… the possibilities are endless. But when you take all these influences – often without realising or intending to – and meld them into a character, that character then takes on a real personality of its own. 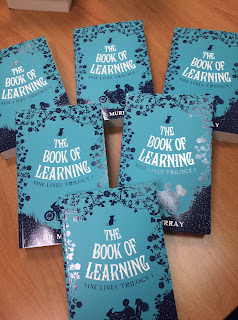 Here’s a bit of background into some of my characters - where they came from and how they evolved…
Ebony Smart – Having grown up in the South West of Ireland (where I live now), Ebony has to quickly adapt to city life in Dublin (where I used to live), with a completely new family that’s full of crazy ideas about being reincarnated. I needed Ebony to be a smart and quick-witted girl, who was feisty but also adaptable. I’ve experienced plenty of change and I’m extremely determined, so I put quite a lot of myself into the character of Ebony. Then, for the crazy stuff, I researched some great characters, including Lydia from Tim Burton’s Beetlejuice, Jo March from Little Women, and I watched lots of Manga cartoons like Spirited Away, Origin and Princess Mononoke.
Winston – I wanted Ebony to have an animal that would be her friend, her one constant when she moves to her new surroundings - and a pet rat fit the bill perfectly. When I was a teenager, lots of my friends had rats as pets (some still do), and it always strikes me how smart and wily these creatures are. Contrary to popular belief, rats are actually very clean and affectionate when they’re not living in sewers. Researching Winston was easy – a few memories, a trip to the pet shop, and some YouTube clips. As for the talking bit – all animals communicate in their own way. I just had to find a way for Ebony to be able to understand him.
Grandpa Tobias – As Ebony’s guardian, I wanted Grandpa Tobias to be gentler on Ebony (like doting grandparents often are), but with the sprightly spirit of e.g. Grandpa Joe from Charlie and the Chocolate Factory. I didn’t have any grandparents growing up, but a lot of the Grandpa character is based on my own father. My father was 20 years older than my mother, so more of a grandpa age when I met him. I didn’t know him very well at all, and he died a few years after we got in contact, but he was my introduction to countryside living and it made a huge impression. Rather than a true portrayal, this is what I imagined my father to be like when I was small.
Zach Stone – This character emerged from nowhere, and I couldn’t find another character like him for inspiration. So instead, I followed the advice of friend and author, Isabel Abedi: I chose an actor (Ezra Miller) who could play him. Then I watched some YouTube clips to see how the actor moved, how he reacted to things, the faces he pulled. This really helped to give Zach colour and personality.
This is just a brief insight into some of the characters in The Book of Learning and how they developed. All authors write differently, but I hope this post has given you an idea of how my own characters become people rather than caricatures.


What about you? As a writer, where do you get inspiration for your characters? And as a reader, which characters have stayed with you and why? 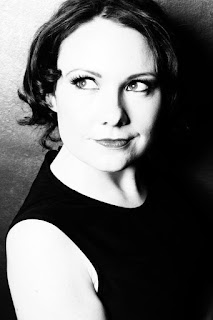 Fab post! Thanks, Elizabeth - I can't wait to read the book! In addition to the awesome post, we have photos of Elizabeth's dog Franklyn. Because like me, she knows my audience well! 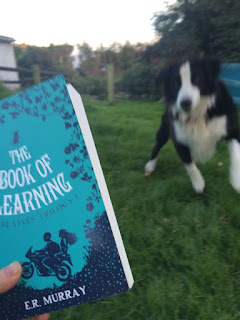 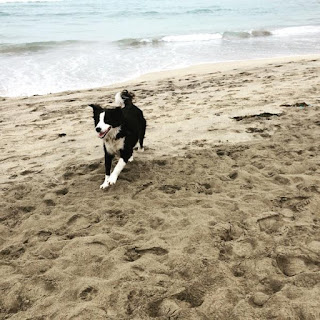 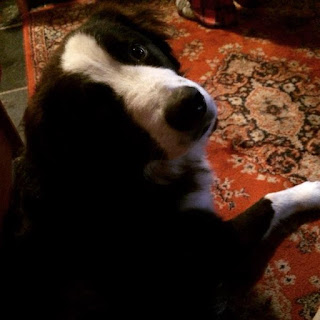