The Lives and Loves of Jesobel Jones Blog Tour: Anna Mainwaring on The Weirdstone of Brisingamen

I've just started reading The Lives and Loves of Jesobel Jones and am enjoying it, so I was really pleased when Faye Rogers was able to arrange for author Anna Mainwaring to take part in my Classic Children's/YA feature. 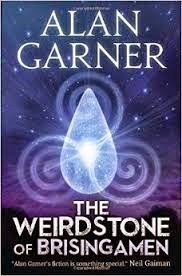 Being asked to write about a children’s classic is a bit like being asked to choose between your children. Books have feelings after all, don’t they, and I’d hate to see my ‘Dark is Rising’ sequence start to sob, howling “But we always thought we were your favourites…”

As however I’ve already written about my love for Susan Cooper, the books that are as just as much part of my childhood as those for very similar reasons are “The Weirdstone of Brisingamen” and “The Moon of Gomrath” by Alan Garner.

Let me set the scene. It’s the late 1970s in surburban Leeds. Most things are beige – food, clothes, life. We were only just recovering from power cuts and the lingering fear of the Yorkshire Ripper. Beyond reading and going for walks there wasn’t that much else to do. So myself and two friends began to create an imaginary world based on our reading. Key sacred texts were Alan Garner’s first two novels, first published in the 1960s. These two debut novels were instantly successful and have never been out of print in the intervening years.

So what was it about these works that so appealed to us? Well, the books follow the magic formula that has characterised so much brilliant MG fiction. Two apparently ordinary children, Susan and Colin encounter an intimidating woman apparently called Selina Place who is, of course, more than she seems. She is the foul Morrigan, based on Irish myth. In her Garner creates one of children’s literature’s most compelling villains until Philip Pullman’s Mrs Coulter some thirty years later. Supernatural and quite terrifying forces are soon after the children as the Cheshire landscape, so beautifully drawn by Garner, turns from familiar to threatening. The ancient myth of the warriers waiting inside Alderley Edge for Arthur’s return becomes all too real for them as they are guided through this new world by Cadellin, a Merlin figure. Both Susan and Colin have different roles to play throughout the two books, forming a duo until the intriguing ‘Boneland’ of two years ago completed the trilogy, but with ultimately Susan playing the most fascinating role.

As children my friends and I loved the idea that a magical world was just hiding behind the ordinary, we just needed to wait for the invitation, find the right door or the right words. Creating spells seemed as natural as breathing. We read so many books inspired by Celtic or Arthurian legends that soon we played endless games where we took centre stage. The barrier between book, game and our imaginations blurred like twilight and to this day, I sometimes forget what we read and what we made up. It was a happy time for a while.

But what do those books mean to me now? Oddly, I’ve ended up living not too many miles from Alderley Edge, the Goyt valley, Reedsmere and Shining Tor, all important locations in the two books. I now take my children to the Edge, tell them the story of the sleeping warriors, and as they run, romping through the trees, I have to stop myself telling them to watch out for the Morrigan or the svart-alfar. For me, the magic still feels very close at hand. Garner himself famously grew bored with Susan and Colin by the end of the second book and on re-reading their characters are not as well drawn as those in later books. But then perhaps that made it easier for us to project ourselves on to them. In truth I was too young when I read Garner’s great works, ‘Elidor’, ‘The Owl Service’ and ‘Red Shift’. These are the true children’s classics but the paradox is that I didn’t think so as a child.

It was a real honour to meet Alan Garner a few years ago. I’d gone to The Medicine House, the medieval hall next to his home, to discuss something with his wife Griselda. I’d taken my books with me, in hope he might sign them if he were there. I found out later that I was most privileged – not only did I get my books signed, but I was invited briefly back into Toad Hall, their home.

For me, Alan Garner is one of the most extraordinary and influential of writers. I loved his first two works as a child; I am intrigued, baffled and inspired by his lastest, ‘Boneland’. I believe he is still writing. The nine year old girl, and the much older adult, is waiting in enthralled fascination.

The Lives and Loves of Jesobel Jones by Anna Mainwaring 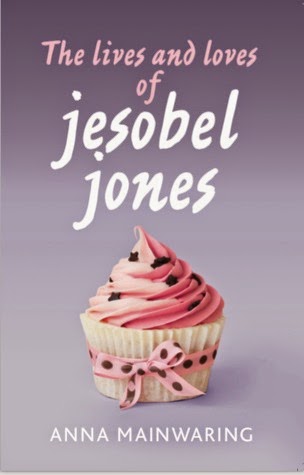 Summary
Jesobel Jones can bake. In a truly triumphant, appearing-on-TV kind of way. But this means nothing to the rest of the world, because apparently all that cake mix is starting to show – in all the wrong places. So when she lands an invite to the Party of Year by the Boy of Her Dreams, she wonders whether it’s time for a new, improved Jess. But will life still taste as good?

Anna Mainwaring's debut is a light-hearted and sometimes poignant take on the pressures that face teenage girls. It's hard to smile in all those selfies when you don't like the girl who looks back at you. But which is more important - looking perfect or being happy? 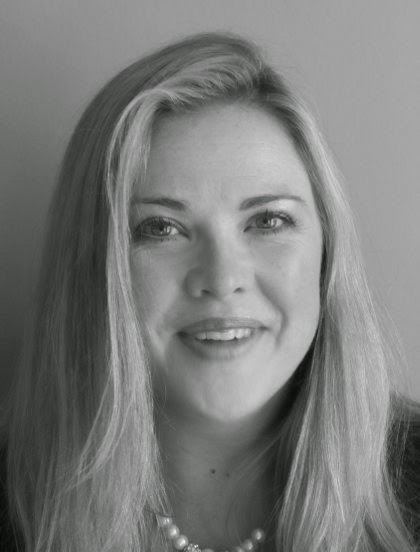 Anna Mainwaring first read ‘The Lord of the Rings’ when she was seven and she hasn’t stopped reading since.

Her debut novel, “The Lives and Loves of Jesobel Jones”, follows Jess through the joy and pain of being a teenager in the modern world; first love, friendship, embarrassing families, and asks the big questions in life: how much cake is it really acceptable to eat?

After studying English at university, Anna made the foolish decision to work in corporate finance, not the best career choice for someone who a) is number dyslexic b) hates anything corporate. After travelling, Anna re-trained as an English teacher and works in a girls’ school in Cheshire. When not writing, teaching, or looking after her children, Anna can generally be found walking up a big hill, looking for inspiration. 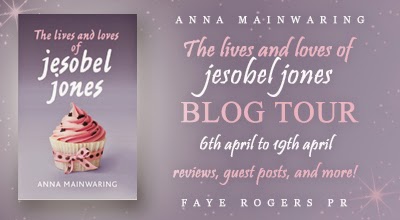