I'm a big fan of Louisa Reid - her novels are the kind that are much darker than anything I normally read, but her writing is so exquisite that I have to steel myself to read them anyway. I'm really pleased to be on the Lies Like Love blog tour today, organised by the fantastic Faye Rogers, hosting Louisa talking about her favourite classic children's book. 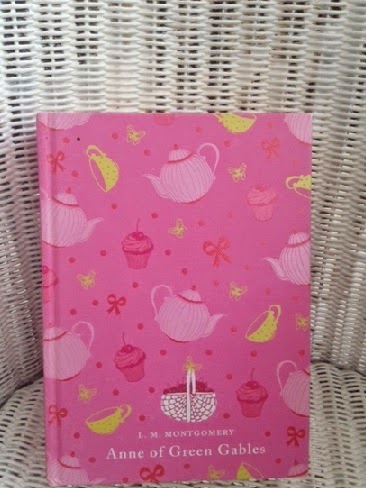 “There’s such a lot of different Annes in me. I sometimes think that is why I’m such a troublesome person. If I was just the one Anne it would be ever so much more comforting, but then it wouldn’t be half so interesting.”

Anne Shirley, the heroine of ‘Anne of Green Gables’ by L M Montgomery is a wonderful creation precisely, as she says, because of her unpredictable character. Both serious and funny, loving and quick-tempered, clever and silly; unforgettable Anne makes this novel my favourite children’s book of all time.

It’s a hard thing to do, to choose a favourite children’s story. There are so many on my shelves. I’ve always loved Beatrix Potter, especially naughty Tom Kitten and the busy, dastardly rat - Samuel Whiskers; the stories about Little Grey Rabbit by Alison Uttley were firm childhood favourites, and I was a huge consumer of Enid Blyton – her Mallory Towers and St Clare’s stories mainly - but The Family at Red Roofs was my favourite and I read it many times; the fact that Blyton had given the children in this story some serious problems to manage and the gumption with which they went about overcoming them appealed to me on every level.

But my absolute favourite children’s story remains ‘Anne of Green Gables’. Who can resist the appeal of Anne Shirley, whose romantic notions and wild, as Marilla says “wicked”, imagination transform every day life in a powerful and magical way. Her desperate loyalty to those she loves, her honesty and goodness, but also silliness and tendency to daydream, make her both comedic and heroic. Anne’s huge heart and belief that tomorrow is a new day with no mistakes in it, that we can always do better in future, is such an important message for children, and grown-ups too. I can forget to be an optimist and Anne reminds me that it’s possible. The love that Matthew and Marilla Cuthbert show to Anne - in spite of Marilla’s common-sense practicality – and the way she wins their hearts is part of the beauty of this story and the reader falls in love with these characters too. The family in this book is one which is fiercely protective and true; whenever the reader is shown Marilla’s soft side, you can’t help but be gladdened and comforted. And at Matthew’s death the only thing to do is weep. I just reread the chapter and sobs predictably ensued. It’s the writing that does it, the understated and honest emotion which is part of this book’s power. L. M. Montgomery’s story is full of wonderfully funny moments: Anne’s puffed sleeves and raspberry cordial, her dramatization of Elaine in the river adventure, her terrible hair dying disaster. She’s a girl like any other with her concerns about friendships and her freckles and fashion, but at the same time is so unique because of her imagination and ability to turn everyday moments into utter disaster or drama. I also loved Diana Barry, particularly because Barry was my maiden name and because she was such a staunch bosom buddy to Anne. And Gilbert Blythe. Say no more. My first and best book crush.

Another reason this book is so unforgettable is because of the evocation of place. Oh, I’d love to go to Green Gables. And of course, L. M. Montgomery is a brilliant writer, the irony with which she depicts the busybodies of the town is hilarious making this story just as entertaining to read now as it was when I was a child.

I was lucky enough to get the beautiful edition shown above as a gift from my first Puffin Party. My daughters now love the book just as much as I do . 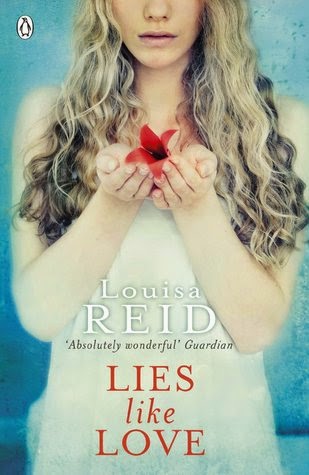 I think she's verging on psychosis . . . now she's lashing out.

She's got no one else to fight for her.'

Sixteen year-old Audrey just wants to be normal. She's trying to fit in. But what happens when the person closest to you suffocates you with their love? What happens then? 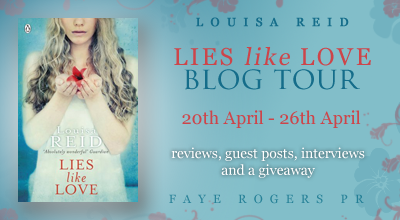 There is a tour wide giveaway during the tour.
The prizes include;
One Signed Lies Like Love
One Signed Black Heart Blue
One Bundle of Swag