Blog Tour: Faith's Guide To Who's Who In Perfectly Ella by Candy Harper

I am always very happy to present guest posts from authors, particularly ones whose work I've been a fan of for a while. That said, as anyone who was following my Twitter feed on Friday is aware, this is an ESPECIALLY amazing one for me. Candy Harper's Have A Little Faith is one of my favourite ever books - I've read it four times, bought it fifteen times (at least; I may have lost count!) and constantly push it on everyone I know. When I found out that Candy had written me a post AS FAITH, talking about the characters in her wonderful new book Perfectly Ella, I was staggeringly excited! 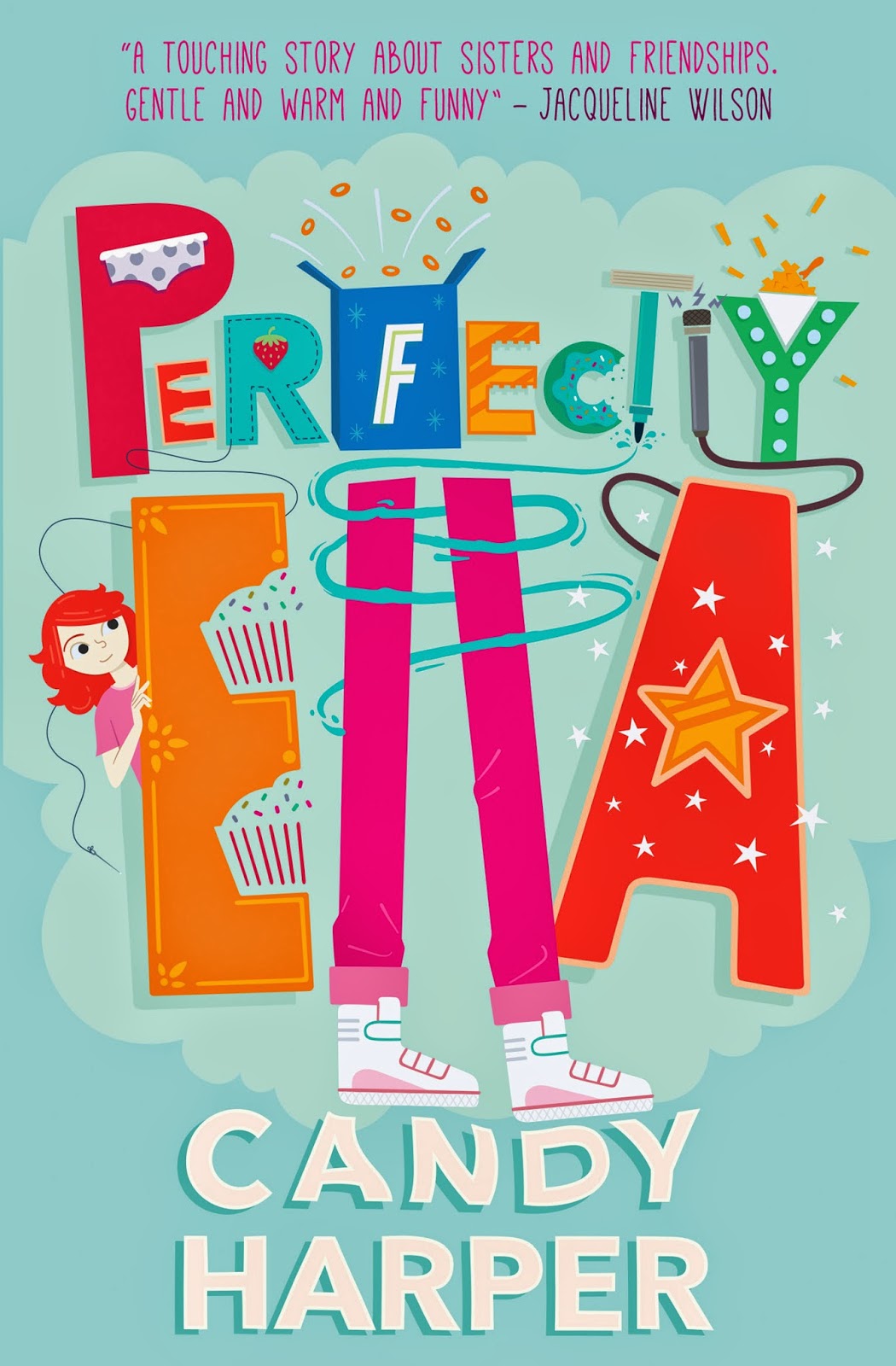 FAITH’S GUIDE TO WHO’S WHO IN PERFECTLY ELLA

Ella is starting secondary school, which if you haven’t got my winning personality can be quite nerve-wracking. Also, when I’ve got a problem I like to tell all my friends and family about it. And usually the postman, Lily’s gerbil and the Sainsbury’s deliveryman too, but some people are a bit on the mousy side and Ella finds it difficult to speak up. But you can’t blame her because she is living in a house with some right big mouths. Ella reckons she’s got a good plan for getting people at school (and home) to like her – she’s decided to be more like her sisters. Let me tell you about her sisters and you can decide for yourself if that’s a good idea.

Amelia is Ella’s oldest sister. She’s in Year Nine (so obvs not quite as mature and sophisticated as me). She’s also a bit of a grump, but she does say some spectacularly rude things to her sisters about how their faces look like pig bums, so you’ve got to admire her way with words. Anyway, it turns out she’s got some good reasons for her moodiness.

Chloe is Ella’s middle sister. She has no trouble speaking her mind. Her mind is mostly full of wrestling moves and what’s for pudding, but I like a girl with confidence. She’s also keen on sports; I can’t say I’m interested in them unless it involves bashing someone. Her other past times are playing pranks on her sisters and burping.

Lucy is Ella’s little sister and she’s my favourite. She’s not afraid to get violent to make her point. If my brother, Sam, had ever displayed Lucy’s biting skills then maybe I wouldn’t make him walk five paces behind me, pretending to be my servant.

Mum is the girls’ mum. Obviously. She’s probably got an actual name, but you’ve got to be careful not to give parents too much of their own identity, otherwise they think they can go wandering off to enjoy themselves at a garden centre when they should be at the supermarket buying you biscuits. To be fair, the girls’ mum does seem to spend quite a lot of time sorting stuff out for them, and giving them hugs and (equally importantly) cake, when things go wrong.

Mr Strawberry is the girls’ dad. It’s not his fault that he sounds like an ice cream van so you can stop sniggering about it. What is completely his fault is the fact that he seems to have forgotten that all his children need his attention. Ella should try what I do whenever my dad stops listening to me: I pull out one of the hairs from his arm. Works every time.

Kirsti is Mr Strawberry’s new baby with his girlfriend, Suvi. She mostly sleeps and eats. Except people think it’s cute when she does it, whereas my parents are always trying to rip me out of bed at the crack of midday. The girls have got mixed feelings about Kirsti, which is understandable because baby siblings aren’t much use until they’re big enough to crawl around the house after you, carrying drinks and snacks on their backs, like a tiny coffee table.


A huge thanks to Candy for that brilliant post! Follow Candy on Twitter, and take a look at the blog tour banner to the right for more stops this week - she's at Queen of Contemporary tomorrow.
- April 19, 2015