Really pleased to welcome author Chele Cooke to the blog today as part of the Teeth blog tour, with an extract from the book! 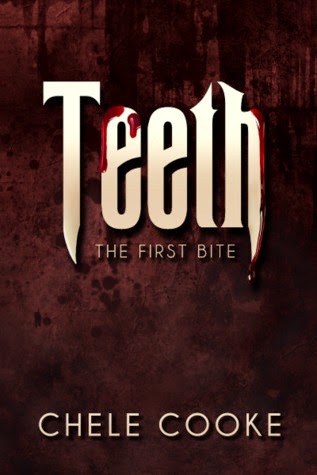 “Don’t look like you’re enjoying your pint there, Thomas,” he said with amusement.

He lifted his head, glancing over before groaning.

“Just don’t have the stomach for it,” Thomas complained quietly.

“Have you even tried it?”

Thomas stared forlornly at his pint of beer. He hadn’t taken so much as a sip, the glass was still full and Spencer could smell his breath, clear of alcohol and still with a hint of the toothpaste he’d used before coming out. For a moment, Thomas was silent. His brow knitted above his clear hazelnut eyes and he scratched the shaggy brown hair away from his neck.

“How did you know my name’s Thomas?” he asked.

Pointing his bottle of beer at the younger man, he rested his elbow against the bar.

“August,” he repeated. “Tall, blond hair, murderous bastard with a rather sick sense of humour?”

The colour, what little of it was left, drained from Thomas’s face. Spencer could see it, inch by inch, the way his skin became thinner, like there was nothing between it and bone.

“To check on you,” he explained casually. “You don’t know how many are lost because they don’t believe what’s happening and they get caught with no protection at sunrise. Admittedly, I don’t know how many we lose either, but then, if you’re feeling anything like I did a few years ago, I know what you’re thinking. Can I call you Tom?”

Thomas spluttered, blinking rapidly as he tried to catch up. He swallowed twice without drinking anything and glanced over his shoulder, checking the people around them.

Spencer drank another mouthful of his beer.

“No. I mean, no, you don’t know what I’m feeling.” He lowered his voice and leaned in. “I saw a woman killed.”

“Mine was male. I guess you’re right. It’s completely different.”

Thomas’ face contorted in anger. Bracing himself against the bar, he shoved his stool backwards as he got to his feet. Spencer took a gentle grasp of his arm.

“Sit down,” he ordered quietly.

Spencer glanced over his shoulder. There was someone watching them, he could feel it. At first he’d thought it was August, that perhaps he was checking up on him, but he knew it wasn’t. He would have been able to pick August’s scent out, even in a crowded bar. This feeling wasn’t August; it was darker and didn’t feel entirely, dare he say it, human. The heat of anger felt feral and predatory. Spencer shook it off and gave Thomas a wry grin.

“I could snap your neck before you made it three feet.”

Blurb:
Medical intern Thomas awakes in a blood-drenched basement and the realisation that his life must change forever. After all, how can he practise medicine when the smell of blood turns him into a vicious killer?

Spencer thinks being a vampire is better than any teen movie made it out to be. Now he must train Thomas and make his mentor proud.

One mistake risks more than either are willing to lose, and a single broken law could turn them from predators to prey.

Information About the Book: 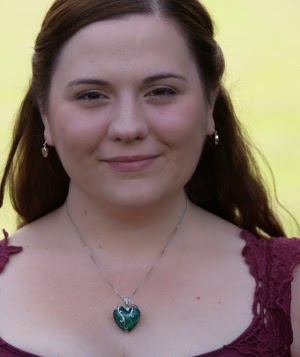 While some know they want to write stories since childhood, Chele first started writing as a teenager writing fanfiction and roleplaying. Before long playing in other people's worlds wasn't enough and she started creating her own. Living in San Francisco at the time, she found a lot of inspiration in her favourite city, some of which can be found in her books.
With a degree in Creative Writing, Chele's first novel was published in 2013. She currently has three books published: two books in a sci-fi series, Out of Orbit, and the first book of a vampire serial, Teeth. 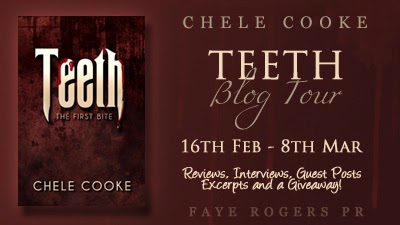