Six Degrees of Separation: We Need To Talk About Kevin to The Art of Being Normal 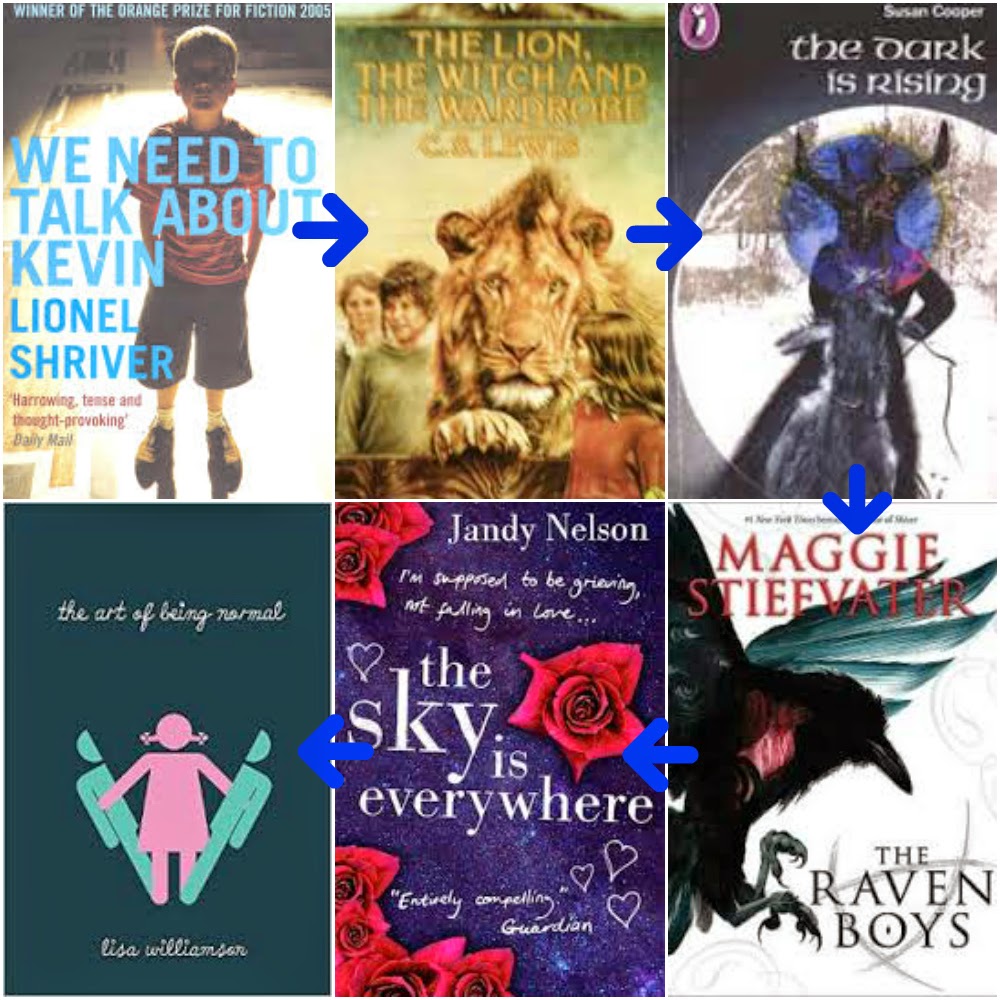 Six Degrees of Separation is a fabulous meme which started last year, and runs on the first Saturday of every month! Huge thanks to Annabel Smith and Emma J Chapman for coming up with the idea. Head over to one of their blogs and leave a link in the comments if you take part, please!

I haven't actually read We Need To Talk About Kevin, today's lead-off book, which puts me at a slight disadvantage here. However it was adapted into a film starring Tilda Swinton, as was The Lion, The Witch and The Wardrobe.

The Lion, The Witch and The Wardrobe is the best-known, and first published, book in the Chronicles of Narnia series but isn't chronologically the first - that being The Magician's Nephew. Similarly, Susan Cooper's The Dark Is Rising is actually the second book in the sequence which bears its name, following the brilliant Over Sea, Under Stone.

The Dark Is Rising sequence is a stunning fantasy that builds heavily on Celtic mythology, as is Maggie Stiefvater's outstanding Raven Cycle, which starts with The Raven Boys.

The Raven Boys gives us a memorable setting in a small town in America, as does Jandy Nelson's The Sky Is Everywhere.

And The Sky Is Everywhere is so good I've just added it to my newly-created "needs a sixth star" shelf on Goodreads, along with Lisa Williamson's just-published The Art Of Being Normal.

Are you trying Six Degrees of Separation today? If so, leave me a link in the comments section so I can check it out!
- January 02, 2015