Very pleased to welcome Alex Bell, author of Frozen Charlotte, AND Lou Morgan, author of Sleepless, today! Both will be talking about a favourite children's classic. 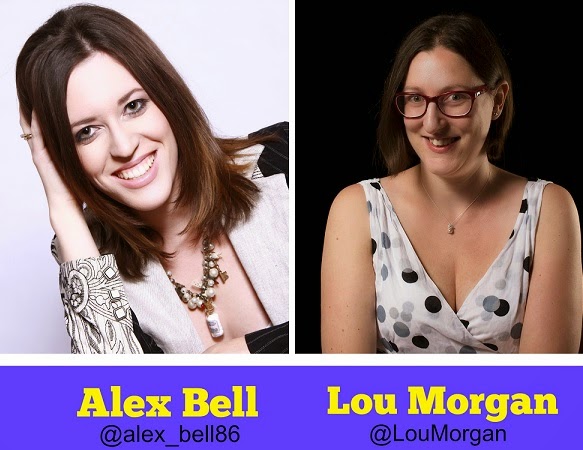 Sleepless and Frozen Charlotte are the first two books in the new Red Eye horror series from Stripes - you can head over to YouTube to check out the fabulous Red Eye trailer!

Number of books: 38 novels, so far as I can tell (starting with Billy Bunter of Greyfriars School, 1947, and finishing with Bunter’s Last Fling, 1965). As well as masses of short stories that previously appeared in boys’ story papers such as The Magnet from 1908-1940.

Availability: No longer in print but you can get second hand copies from Ebay and second hand book sellers.

The Premise: Set in the fictional world of Greyfriars School, the Bunter books follow the adventures (and misadventures) of Billy Bunter and a host of colourful characters from the Remove (boys aged 14-15). Most are set in the timeless world of the boarding school, but some of the novels take place in faraway lands such as Egypt and Brazil.

Why I Really Like It: It’s the characters. Bunter himself is the perfect comic anti-hero – self-important, greedy, lazy, but with a decent scattering of endearing redeemable features. Drawling aristocratic schoolboy, Lord Mauleverer, rascally bounder Vernon-Smith, and hot-headed bully Coker are all wonderful characters, and there are many others.

I also love the nostalgia of the era the stories are set in – where High Tea is served in the halls, school studies have cosy log fires, boys receive magnificent tuck hampers from home, and almost everyone wears a waistcoat and is a fundamentally ‘decent chap’ beneath their vices – even the ‘Bounder of the Remove’ Vernon-Smith, who arrives at the school ‘intoxicated and smoking cheroots.’ Some of it would definitely be considered politically incorrect today but the books are all intrinsically good-natured with a mellow, gentle humour that you don’t see in books too much nowadays.

Best Books:
Billy Bunter and the Phantom of the Towers: Who is the unknown phantom who menaces the life of Lord Mauleverer? Billy Bunter and Harry Wharton & Co. find themselves up against a baffling Christmas mystery - at Mauleverer Towers - a mystery which has a sensational development when Mauly is suddenly kidnapped.

Billy Bunter the Ventriloquist: Billy Bunter’s gifts are few. Hopeless at Latin and a dud at football, the only skill the fat Owl of the Remove can boast is eating. Then Bunter finds he possesses another talent – ventriloquism! The other boys are used to hearing Bunter’s imaginary dogs growling around corners, but when Bunter discovers he can imitate the voices of Mr Quelch and Mr Prout . . . the fun begins!

Billy Bunter on the Nile: Bunter feels it’s his duty to protect his chums of Greyfriars Remove in this beastly land of Egypt. But he isn’t going to get tied up in this scarab business if he can help it! So how does he come out on top, despite being chased by Arabs, and having to cling to tearaway camels, not to mention the constant lack of sufficient food?

Who Will It Appeal To: Originally aimed at schoolboys but the language and vocabulary might make the books a bit bewildering for today’s kids. Fans of P G Wodehouse and Richmal Crompton are sure to be fans, though. And I started reading these books when I was probably around 10-years-old, and I couldn’t get enough of them. Before Malory Towers, before St Clares and even Hogwarts, there was Greyfriars!

Others By The Same Author: Too many to list! Frank Richards is just one of more than 20 pen names for Charles Hamilton – the most prolific boys’ fiction author of all time, according to the Guinness Book of Records. He wrote across many genres and might even be the most prolific author in the English language with at least 72,000,000 words of fiction to his name – the equivalent of about 1,000 novels.


Who's Afraid? (And Other Strange Stories) - Philippa Pearce

The premise: A collection of short stories - some of them slightly unsettling, some of them downright creepy, all of them supernatural. Philippa Pearce's ghost-and-other stories for children include a ghost dog, a bullying headmaster and a servant with murder on his mind.

Why I really like it: Short story collections are fantastic. Instead of burying yourself in a novel or immersing yourself in a complete world, short stories let you look in at it through a window. You get a snapshot, a single glimpse… but if the story's good enough, it'll stay with you forever.
There are two stories in here that stuck with me: the first - "A Christmas Pudding Improves With Keeping" is, on the surface, a simple one. In the middle of a heatwave, a family - who live in part of a big old house converted into flats - hear a strange sound and a crash from inside one of their walls. The source of the noise turns out to be a dumb waiter and serving hatch, boarded up and forgotten. Hardly the stuff of horror stories, you might think. But as the story progresses, a sense of menace and dread descends upon the family… and it might very well be connected to the nightmares that the son has been having. It's amazing how unnerving this very short story manages to be in so few pages.

The second story, "A Prince In Another Place" is about an unpleasant headmaster who bullies his staff and his students alike. Surprisingly dark, the story opens with the news that one of the staff has committed suicide as a result of Mr "Bully" Bryce's actions. Soon after, a new teacher arrives to replace him: one who can light all the fingers of his hands like candles, and who teaches his class strange songs with his fiddle. I won't spoil it, but I've never quite trusted tarmac since I read it for the first time.

The one thing all these tales have in common - and the reason I still love the collection as much as I do - is the way each distinct story makes the everyday uneasy. Trees, a school blazer… even a chest of drawers - all of them become the focus of their own story. Things that you see every time you leave your house, that you have in your hom… they're all capable of haunting you somehow. These are ghosts that don't need an old mansion or a deserted hotel: these stories know where you live.

Who it will appeal to: Fans of Pearce's classic children's book, Tom's Midnight Garden, and anyone who likes their stories to leave them with a shiver.

Thanks so much, Alex and Lou, for the post! Head over to Zoe Markham's blog tomorrow for the next stop on the tour.

For more details on the books, check below. Click the covers to be taken to Amazon. 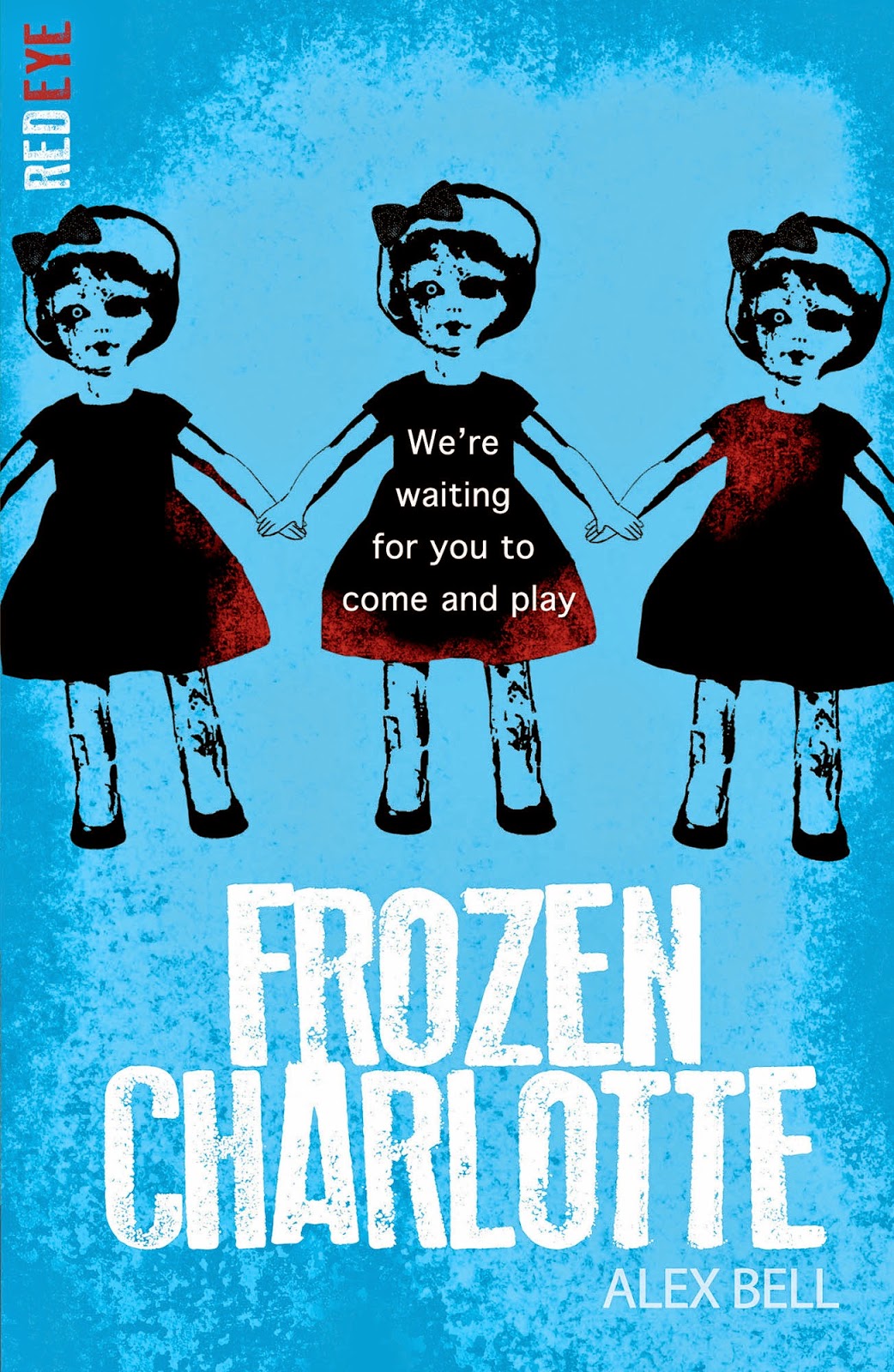 We’re waiting for you to come and play…

Dunvegan School for Girls has been closed for many years. Converted into a family home, the teachers and students are long gone. But they left something behind...

Sophie arrives at the old schoolhouse to spend the summer with her cousins. Brooding Cameron with his scarred hand, strange Lilias with a fear of bones and Piper, who seems just a bit too good to be true. And then there’s her other cousin. The girl with a room full of antique dolls. The girl that shouldn’t be there. The girl that died.

About the author
Alex Bell always wanted to be a writer, but embarked upon a Law Degree as a back-up plan, writing no fewer than six novels during her time at university. Now the published author of The Ninth Circle and Jasmyn, Alex happily dwells in an entirely make-believe world of blood, madness, murder and mayhem. 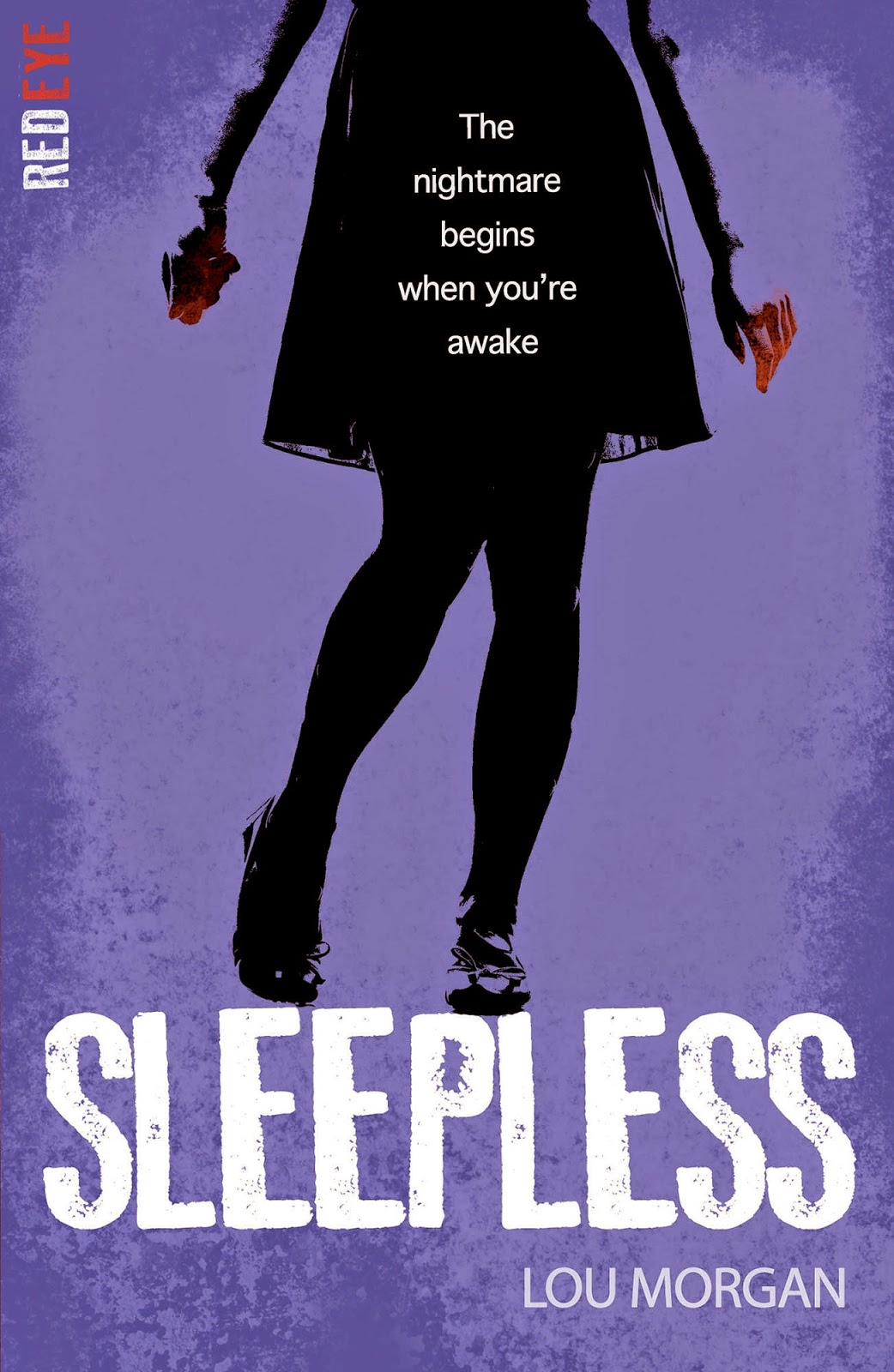 The nightmare begins when you’re awake…

Young, rich and good-looking, Izzy and her friends lead seemingly perfect lives. But exams are looming – and at a school like Clerkenwell, failure is not an option. Luckily, Tigs has a solution. A small pill that will make revision a breeze and help them get the results they need. Desperate to succeed, the friends begin taking the study drug.

But as the side effects take hold they realize there are far worse things than failing a few exams.

About the author
Lou Morgan is an award-nominated fantasy and horror author, whose short stories have appeared in several anthologies. Her first novel, Blood and Feathers – an adult urban fantasy – was shortlisted for the 2013 British Fantasy Awards in both the Best Newcomer and Best Fantasy Novel categories.