One of the coolest things about my 2014 has been meeting the awesome Mel Salisbury, whose debut novel The Sin Eater's Daughter is out next year (and is AMAZING!)

This is Mel's first ever guest post (I think, at least. I would have checked, but it feels like a more Slytherin thing to just claim it is anyway. I'm sure she'll approve.)

Edit: Apparently it IS her first ever guest post, yay! Leaving the above sentence in because I rarely give into the urge to be more Slytherin so I wanted to mark the occasion. 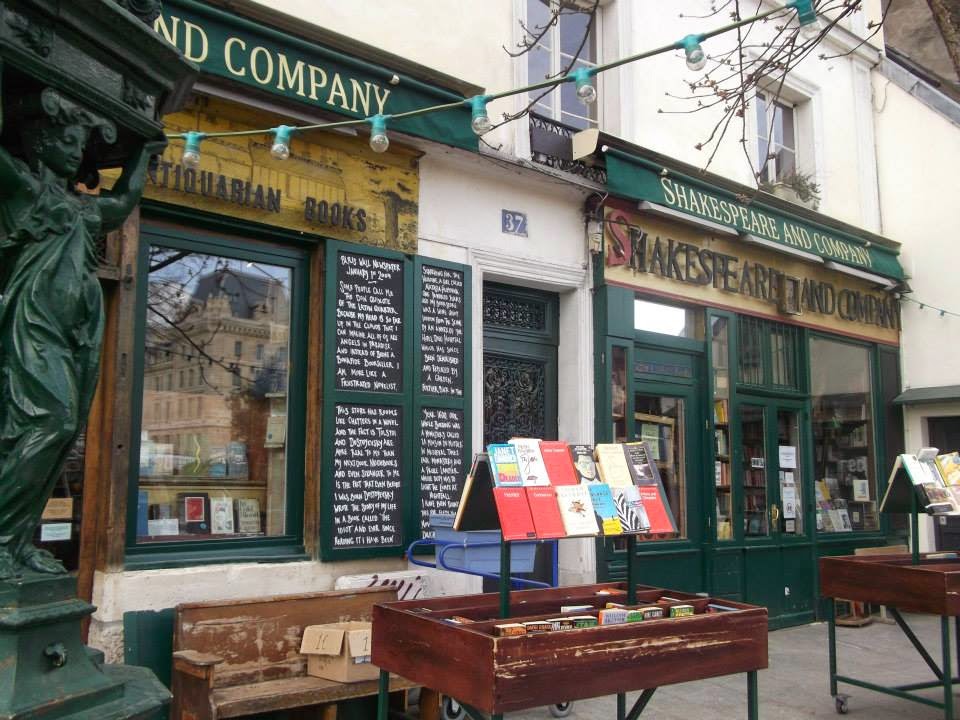 It’s pretty unoriginal to say that my favourite independent bookshop in the world is the iconic Shakespeare and Co in Paris, but it’s true. Resting in the shadow of the Notre Dame, on the sexy Left Bank of the Seine, everything about it makes my heart sing; the green frontage; the golden-yellow sign; the crowded, towering shelves; the nooks and crannies; the narrow, well-worn staircase. It screams of an unashamed, almost Pagan worship of stories and storytelling, and I am all about that. Stories, that is. Not the Pagan part. Well, maybe a bit…

Anyway… The Shakespeare and Co that I love is actually the second incarnation of the shop. The first opened in 1919, moved location in 1922, and finally closed its doors during the Nazi occupation of France in 1940. But during those incredible first twenty-one years of being open, it charmed Ernest Hemingway, James Joyce, and Gertrude Stein, amongst many others. Legend has it the reason it closed during WWII was that a Nazi officer tried to buy a signed copy of Joyce’s Finnegan’s Wake. Sylvia Beach, the shop’s owner, refused to sell it to him. When he threatened to return the next day for it, she shut the shop completely.

It’s that kind of tale that makes Shakespeare and Co so special: The fact that it’s more than a bookshop, it’s a story in and of itself. It’s said Hemingway ‘liberated’ the shop in 1944, but Sylvia Beach didn’t have the heart to pick it back up. The shop as we now know it was originally called Le Mistral, and owned by George Whitman. Good friends with Sylvia Beach, she gifted him the name Shakespeare and Co in 1958, though he didn’t formally make the change until after Beach’s death in 1964. 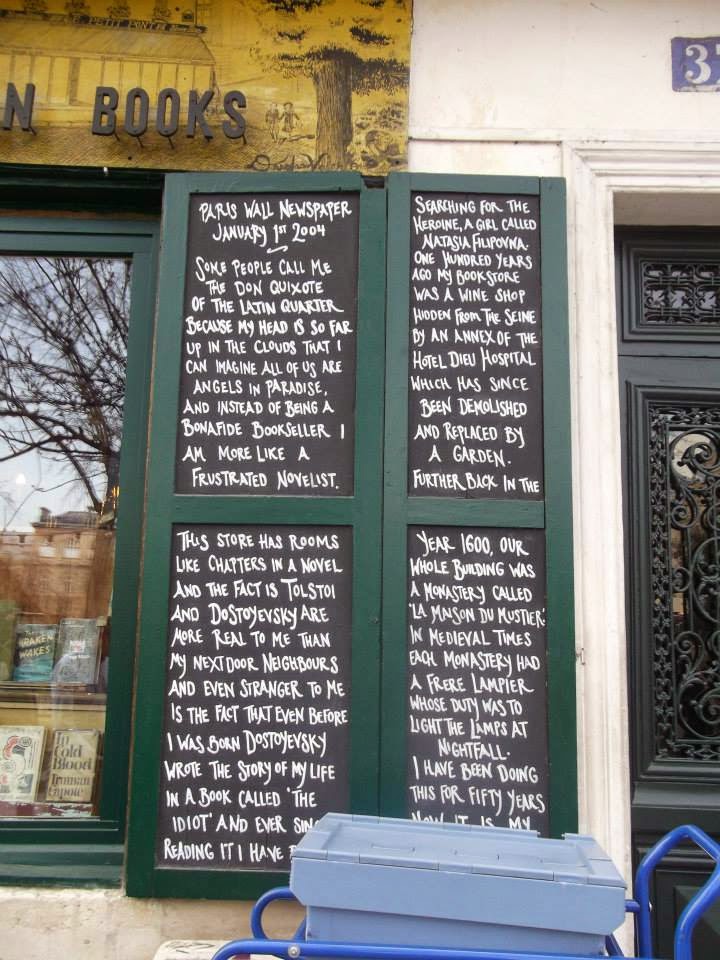 Recently, there was a highly amusing incident in a London Waterstones branch, where a Texan tourist found himself locked in with the books. And who hasn’t whiled away a boring bus/train (not DLR though – that’s always exciting) journey daydreaming about being locked in overnight with endless, brand-new tomes. It’s dark, the only light is from the pulsating security alarm; red, hypnotic, enticing. Suddenly, you see it – there, on the shelf - the title calling you like a siren song. You make your way over, barely aware of each footstep, until your hand is reaching out, your fingers stroking the spine, feeling the slightly raised typography beneath your own ink-stained fingers, and then…

Ahem. Where was I?

Oh yeah, sleeping in bookshops. Well, in Shakespeare and Co, that dream is more often than not a reality. A recent Vanity Fair article claimed an estimated 30,000 writers have slept in the shop, on the floor, or on cots or benches, in exchange for a few hours working in the store and promising to read or write when they’re not. It hosts Sunday Teas, poetry readings, and earlier this year even staged its own production of Macbeth, with actors and crew recruited by Twitter, as well as other means. Do you see what I mean, it’s not just a book shop. And I know arguably no bookshop is just a bookshop but there’s something about Shakespeare and Co that feels as though you’re in the pages of a story. It feels possible that you might turn a corner and see Ezra Pound or F. Scott Fitzgerald thumbing through a paperback. It’s a legend, it’s an institution. 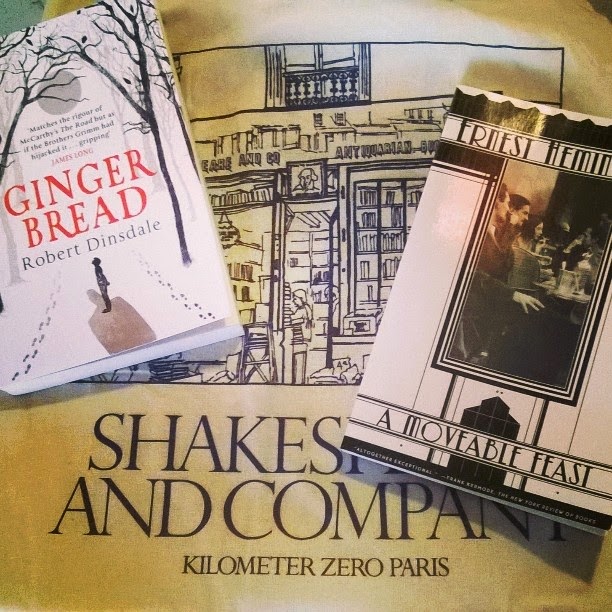 Of course, a lot of the time it’s full of tourists (occasionally including me) – but then how many bookshops can make that claim? In a world increasingly more digitised, where instant gratification is the norm, how brilliant is it that a bookshop, selling regular old books, frequently has queues of people winding away from it, waiting for a chance to go inside? Who cares if they’re only there to buy a copy of A Moveable Feast – they’re buying books. BOOKS. And what if Shakespeare and Co is the bookshop that rekindles their long-forgotten love of reading? What if stepping into the dark, slightly musty interior is what sparks in them something they put aside when they thought their time was too valuable for mere reading?

So if ever you’re in Paris, you should go. You should put aside an hour or two and make your way slowly through the shop. Climb the ladders to see what’s on the high shelves. Head up the stairs and sit down in the Children’s corner, leave a note of your own on the wall, peek in at the writer’s cubby. Go through the gate into the tiny poetry section. You should buy a copy of A Moveable Feast, or Ulysses, or Anna and the French Kiss, or whatever you like. Ask the staff at the counter to stamp the inside for you with the Shakespeare and Co stamp. You should buy a tote bag and use it to carry all of your books. You should embrace being a tourist, being a cliché. Being a book lover. Embrace being part of the story. 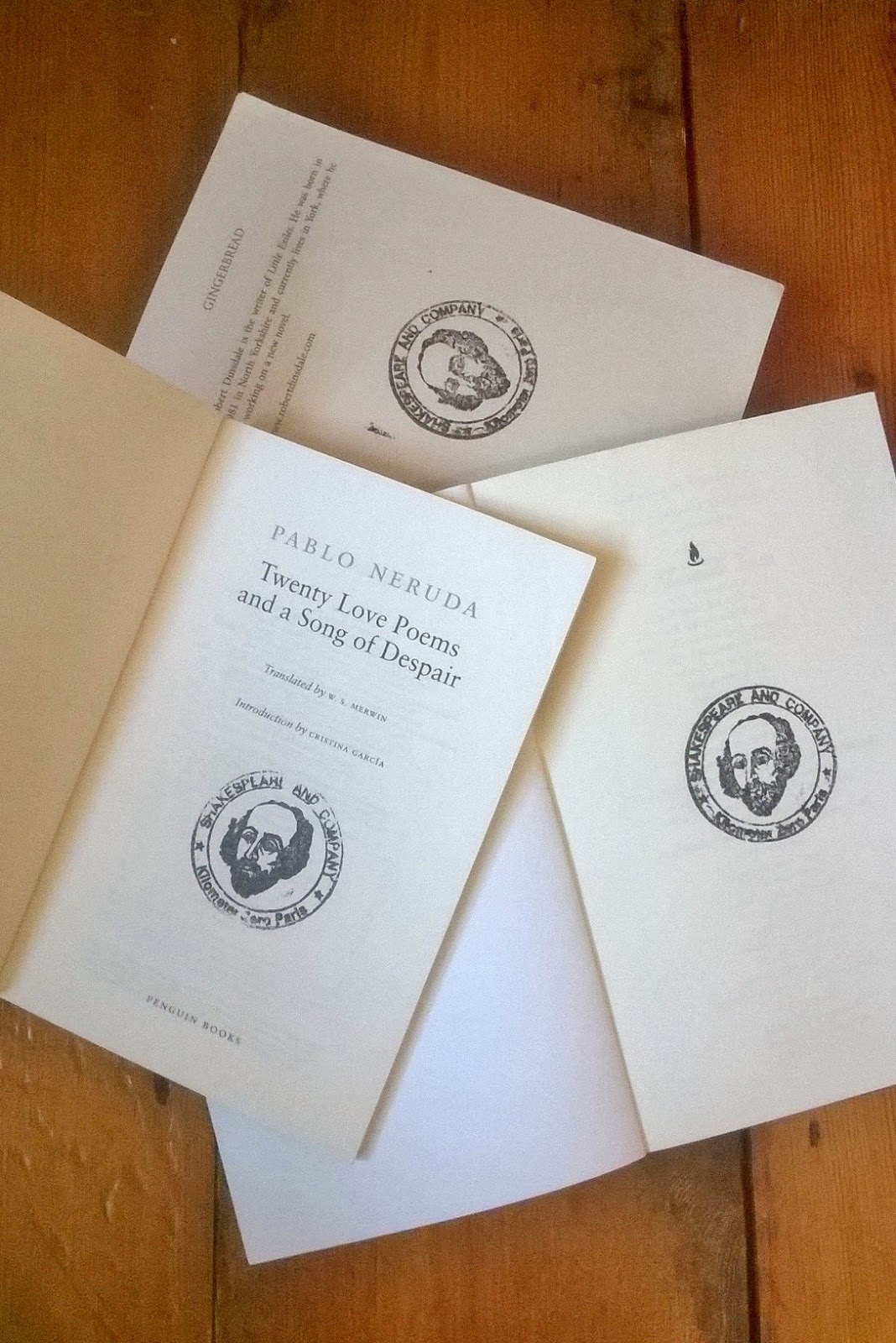 Shakespeare and Co can be found on the web, and on Twitter.

Mel is one of the best people in all of YA to follow on Twitter (this list says so, it must be true!) She also has a fantastic website here (scroll to the bottom for the coolest author picture of all time!)