I've been delighted to get to know Karen Hart this year through organising #QuizYA at the Write Idea Festival Fringe. Brick Lane Bookshop were kind enough to donate three fantastic prizes of book vouchers to the quiz, so I was really pleased when she offered to write about them.

I've just wandered down Brick Lane, past crowds of office parties, shaking my head at the approaches of the restaurant touts and stopping before reaching the now infamous Cereal Killer Cafe at number 139. I've been to place an order in the Brick Lane Bookshop: number 166.

This small but perfectly-formed bookshop is an East End institution, rightly proud of its 'four decades of creativity, protest and collaboration'. It began life as the Tower Hamlets Arts Project, in a borough that didn't have a single bookshop.

The shop has a brilliant website that details its origins as a market stall and it's well worth a look. You can read some of its fascinating history here , and there's so much more - links with Benjamin Zephaniah, punk poet (and GENIUS) Patrick Fitzgerald, theatre with John Hegley and more and more and more names and activism and innovation ...

This year it celebrates its tenth year in Brick Lane.  I moved close to Brick Lane in 2003 - the year Monica Ali's novel of the same name was published. But back then, the shop was still called Eastside Books and it was in an even better location for me - on Whitechapel High Street, within just a few paces of my front door.

I found a treasure trove, from picture books in Serbian to give as presents to my new neighbour's children to local history by names then new to me, such as Rachel Lichtenstein and Iain Sinclair. I found a writing class in an upstairs room where I could go for literally a few pence. It was run by Echo Freer, and it's where I discovered a new genre of book - YA, back in the days when it was still called 'teenage writing'.

The shop was - and is - so important. Many locals hadn't been inside a book shop before when it opened its doors and I have neighbours for whom it's still their only bookshop experience. It helped give a voice to working class writers not always making it in mainstream publishing.

It's always focused on stocking locally-produced work and was the obvious location for the recent launch for the story of the courageous East London Suffragettes and 'Our' Sylvia Pankhurst. True to its roots, the shop also hosted Galley Beggar Press's Alternative Booker Prize this year. 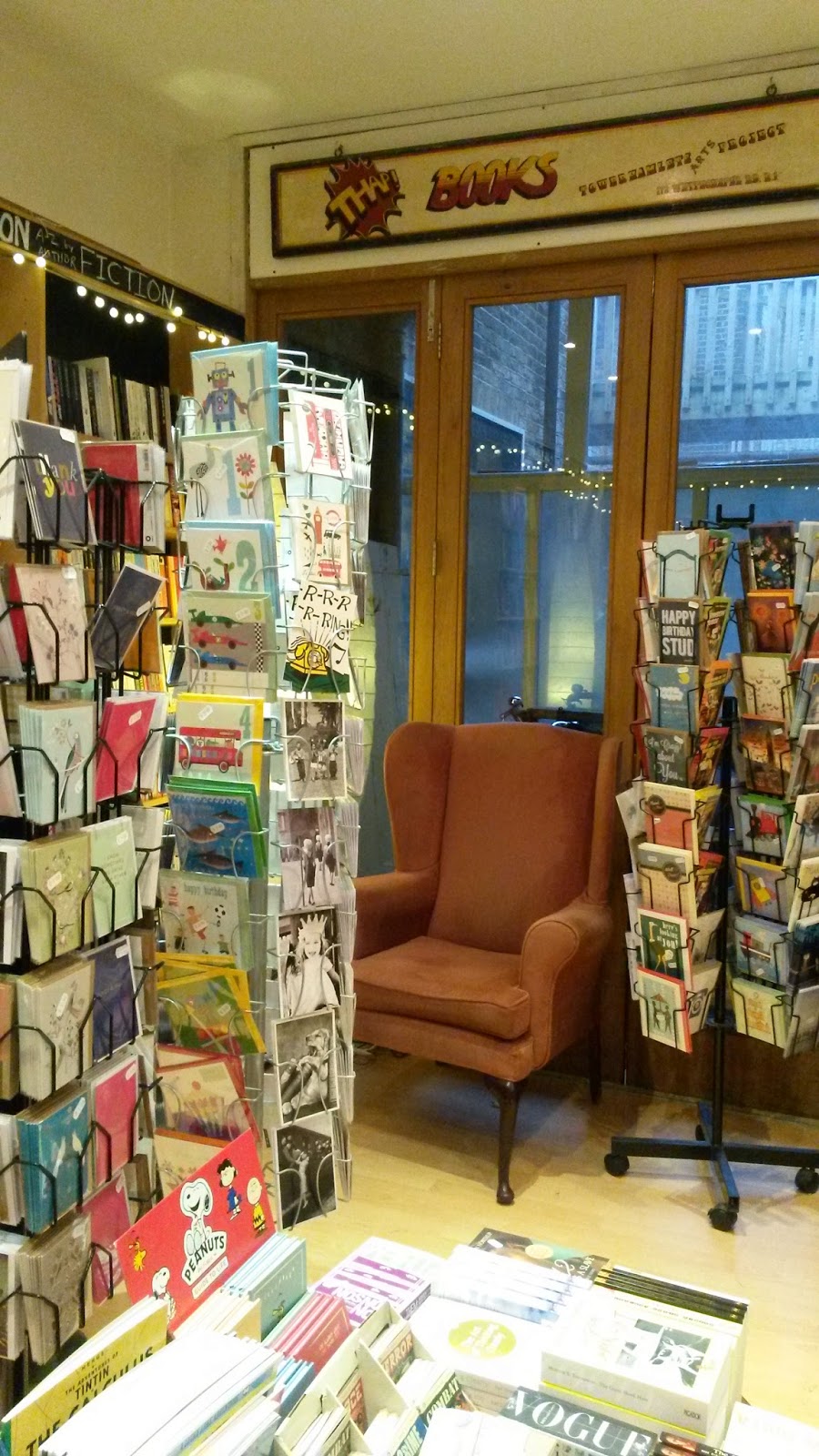 Then there's Quentin Woolf's acclaimed Brick Lane Book Group and writing workshops. And the bookshop is a great supporter of the Writeidea Festival, putting in an annual appearance even if sales there aren't always stellar and this year providing generous prizes for #QuizYA (organised by one Jim Dean!)

Christmas Presents
When I called in today, owner and local councillor Denise Jones was helping out a customer with some book choices. My 17-year-old Amelia scoured the shelves while a six-month-old Amelia and her father waited to pay. 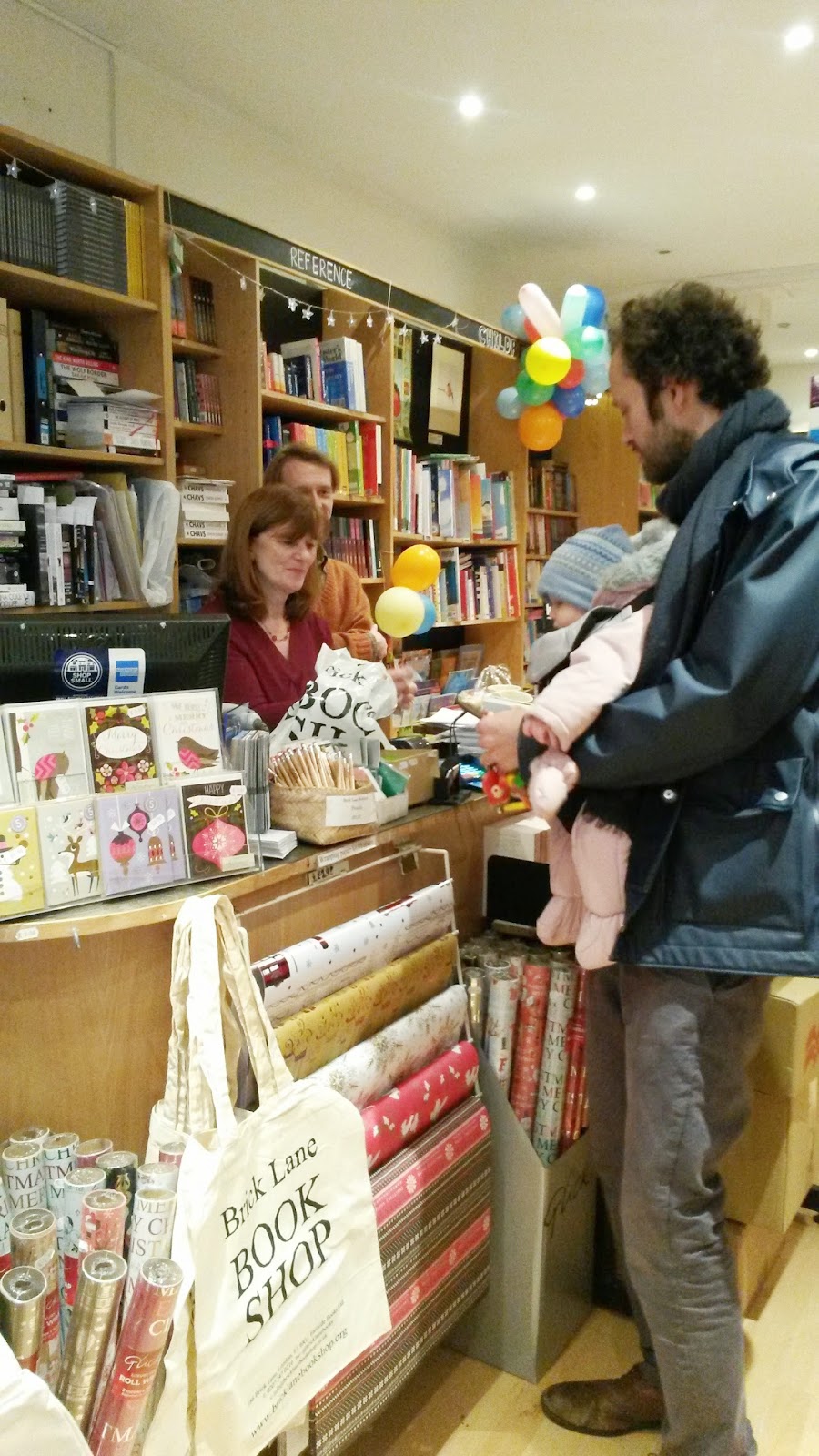 I've got a couple of favourites lined up for Christmas gifts. There's the book I've gone on about since its launch: Galley Beggars' Booker-inspired hit by comic genius Paul Ewen - Francis Plug: How to Be a Public Author There's SF Said's paperback of Phoenix, with its magical Dave McKean illustrations.
And tomorrow I'll be back at the bookshop to pick up my present to me. I don't know why I haven't yet bought it - maybe because the book I'm writing has a character named Ash too. But the relentless enthusiam Jim's had for Sara Crowe's Bone Jack has finally got to me ;)