Mervyn Peake's Gormenghast is one of those series I've been meaning to read for ages and never quite got round to! I'm delighted to welcome Pathfinder author Angie Sage to the blog today to talk about the first book, Titus Groan. 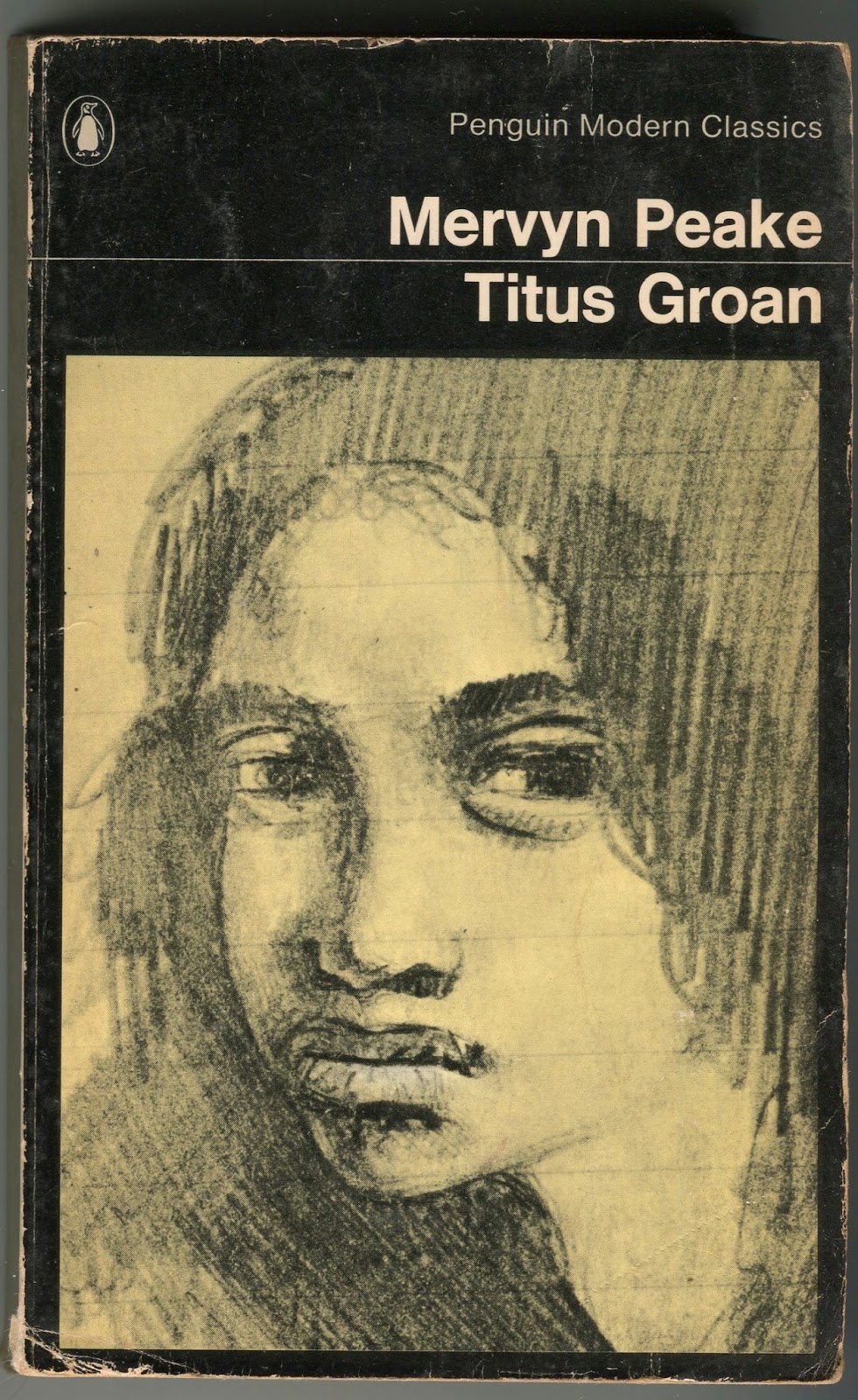 I read the first book from Mervyn Peake’s Gormenghast world when I was nineteen. I still have my copies of all three books: Titus Groan, Gormenghast and Titus Alone and I notice they cost fifty-five pence or eleven shillings. It was 1971, still in old money to decimal changeover. I love these echoes of the past...

I had just finished the Lord of the Rings series and was looking for something to fill that empty feeling you get when you leave a book-world that has become almost real. My father told me about Mervyn Peake—he was a big fan of his writing—so I went to Foyles in Charing Cross Road and blew fifty-five pence on Titus Groan. And then, like the anti-hero Steerpike, I climbed into the Castle of Gormenghast and never quite found my way out again.

It was the poetry of Mervyn Peake’s language that first drew me in, and the physical presence of the castle of Gormenghast itself kept me there. The castle was so very strange and yet it also felt familiar. It seemed to be a combination of all the dreams of places I had ever had, and I recognised it at once. There were so many amazing images: the four acre stone sky-field on the roof, ‘where clouds moved through it invisibly’, the white horse and its foal swimming in a distant water-filled tower, the enormous tree that grew from the wall where two old ladies took their tea, and the sheer massive, decrepitude of the place. It was truly somewhere to become lost in. Which I did.

The book was inhabited by a variety of strange, intricately described characters, all of whom were living lives prescribed by the rituals of the castle. I think my only reservation about Titus Groan would be that I never found a character to identify with. They were oddly removed, as though the castle itself had taken too much of them. But this is only something I realise now. At the time it didn’t worry me, I was lost in Gormenghast, wandering through the lives of those who lived there, allowed to observe. And I never did find anywhere quite as rich to visit again.

I forgot about Titus and his strange castle for years, or I thought I did. But it lodged in the back of my mind and became, without me realising it at the time, a kind of template for Septimus Heap. And because of this I have never quite dared re-read it, until now. So when I picked up Titus Groan once more in order to write about why I had loved it so much, I did so with with a certain trepidation. It was not just the fear of finding that an old love no longer burns as brightly as it once did, but also because I was a little afraid of how much of Gormenghast had found its way into Septimus Heap.

I was relieved to find no more than echoes. But echoes there are…

There is of course, the dominant presence of a castle. There is Fuchsia, who looks a little like one of my main protagonists: Jenna Heap. Like Fuchsia, Jenna is the daughter of the Castle. But they are such different characters that I suspect they would not get on at all. And there is Titus himself: like Septimus, born at the beginning of the book. Titus will be the 77th Earl of Groan. And Septimus? He will become the 777th ExtraOrdinary Wizard. Hmm …

But that’s it, as far as I can tell. There was no Marcia Overstrand lurking in the Castle of Gormenghast, for which I was thankful. And I suspect they were too.

When I finished reading Titus Groan just now, I realised that it was like meeting a very old friend. There are happy familiarities that you slip back into, but life has moved on, and there were things in Titus Groan that I looked for and did not find. But I got to wander through the Castle of Gormenghast once more and it was magnificent. As ever. 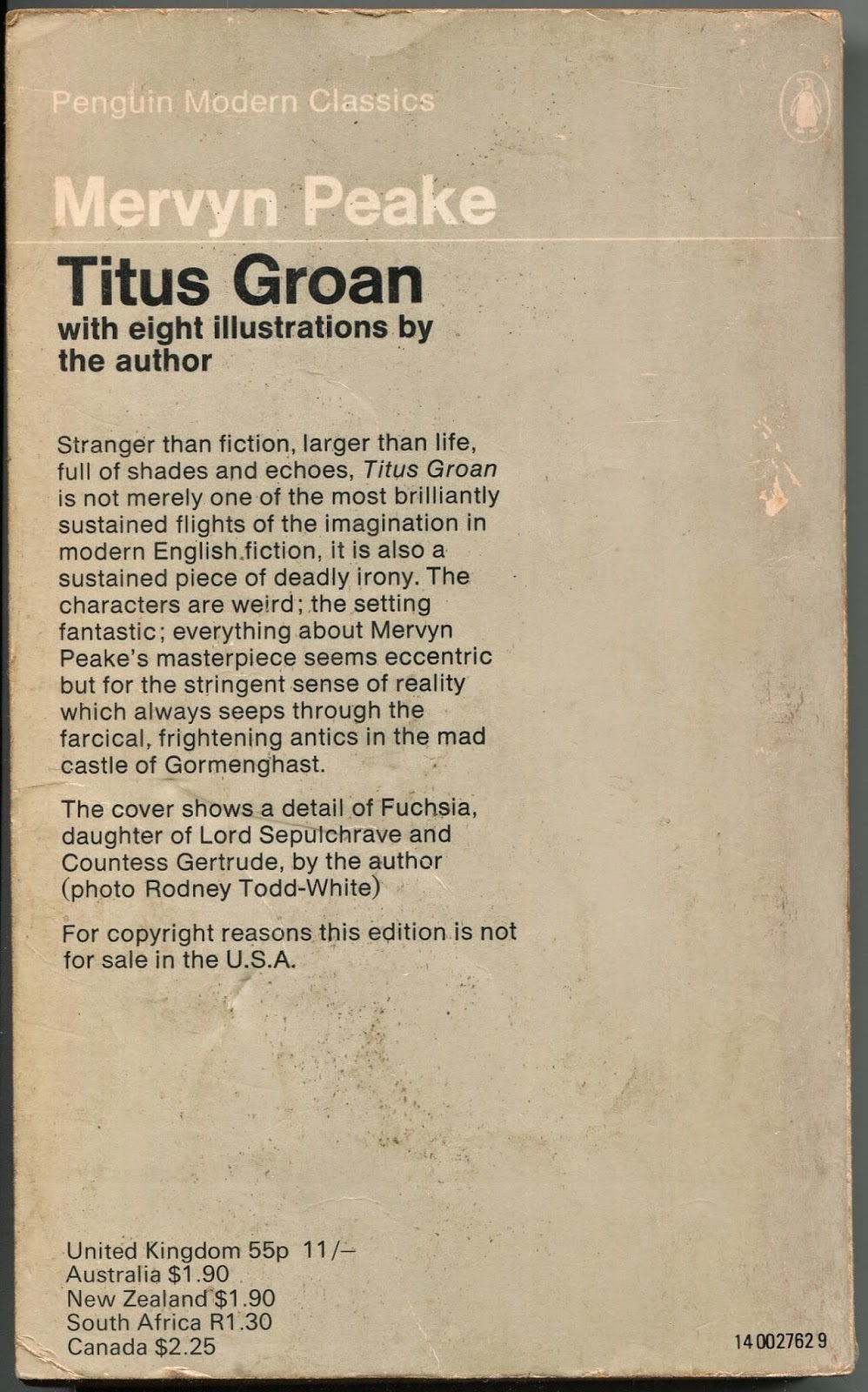