Really pleased to welcome Eliza Crewe to the blog today for a post as part of her Crushed blog tour! Thanks for a fab post, Eliza. 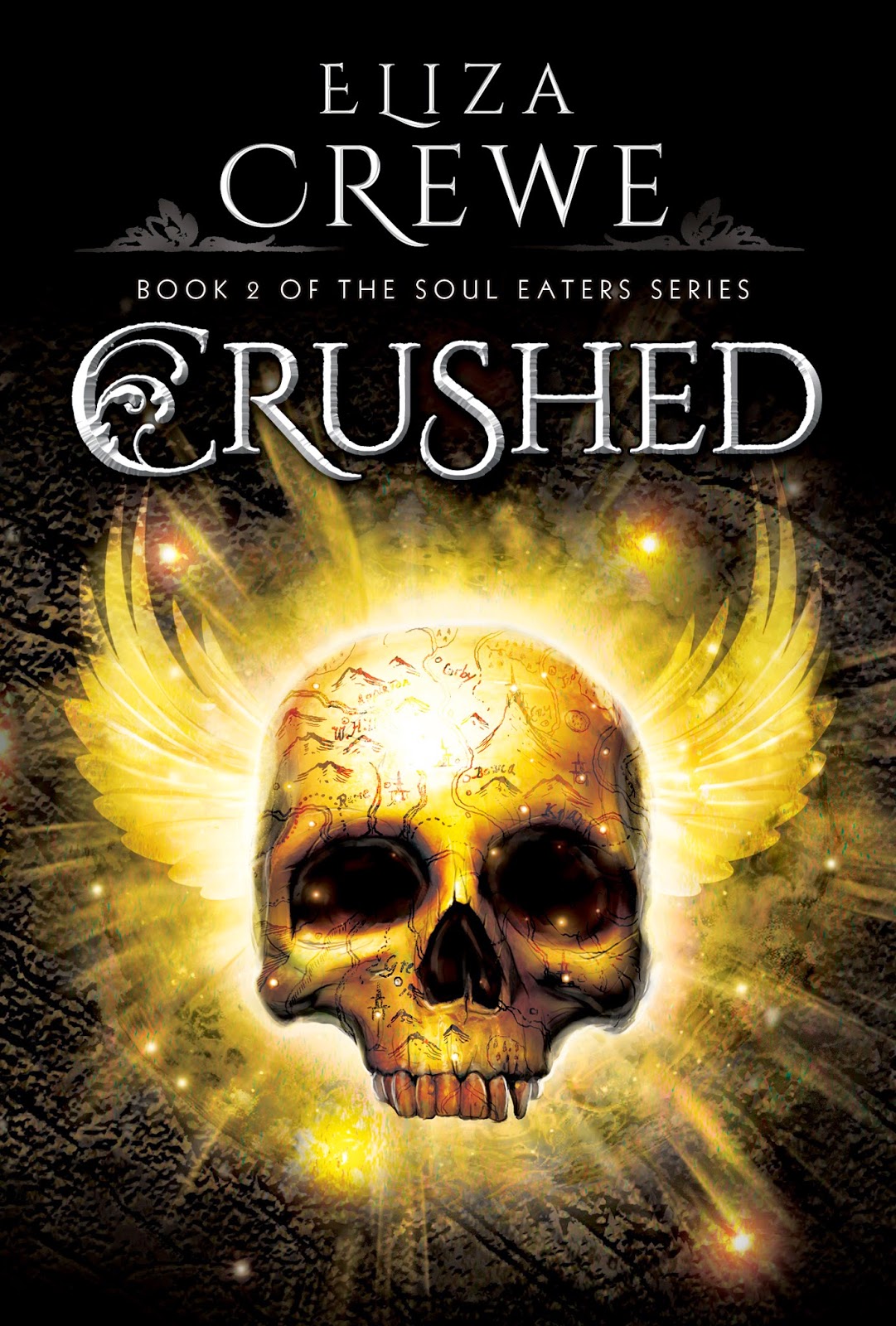 I always think it’s fun to meld real-life events into book, particularly to provide a supernatural explanation for unusual events. I usually do this for parts of my book that aren’t the most interesting, a location they’re traveling through for example, or to spice up some backstory.  In Crushed, there’s one scene where I had to explain how the demons get in and out of the demon headquarters. I envisioned it as a passageway underground, and I remember watching a documentary years ago that talked about the hidden underground worlds under a lot of major cities. I used to live in Edinburgh, and I knew that it had a series of vaults that people used to live in hundreds of years ago (and hide bodies used in science experiments), so I thought I’d do a bit of research find a neat underground passageway, maybe an abandoned subway system, or something similar under Washington D.C. My research (i.e. wild googling) turned up a series of articles published in the Washington Post by John Kelly, describing something more bizarre than I could ever dream up:  one Harrison Dyar--entomologist, bigamist, and hobby-tunnelist.


Harrison Dyar (1866-1929) was an entomologist for the Smithsonian and so spent his days studying bugs. At night, he engaged in his other hobby: tunneling beneath his house and the streets of Washington D.C.  The tunnels were made of brick and there were multiple layers connected by shafts and ladders. The ceilings were arched and he decorated the walls with carvings of human and animal heads, and, in one place, carved the inscription:  Facilis Descensus Averno meaning “The way down to the lower world is easy.” The tunnels were discovered in 1924 when a truck fell through the road into one of Dyar’s tunnels beneath. When interviewed, Dyar told the newspaper that he tunneled “for exercise.”


Even more bizarre than the tunneling, was Dyar’s personal life. He married two women--at the same time--and had two children with one of them (his original wife) and three more with the other, a woman named Wellesca Allen. He’d been having an affair with Wellesca for years before he married her, which he did under a pseudonym (this later caused some problems when Wellesca tried to divorce her invisible husband to re-marry the newly divorced Dyar).  The real Mrs. Dyar sued Mr. Dyar for divorce in a wildly public manner, and all the evidence was aired in the newspapers of the day. This fascinating character formed the foundation for the character Eddison in Crushed.


If you want to read more, there’s a whole series of articles on him:


And here’s a diagram from a 1932 article from the magazine Modern Mechanics & Inventions.

Meda's back. This time, she has a friend.

The battle is over; the choice has been made. Meda Melange has officially hung up her monstrous mantle and planted her feet firmly on the holy and righteous path of a Crusader-in-training. Or, at least, she’s willing to give it a shot. It helps that the Crusaders are the only thing standing between her and the demon hordes who want her dead.

The problem is, the only people less convinced than Meda of her new-found role as Good Girl are the very Crusaders she’s trying to join. So when a devilishly handsome half-demon boy offers escape, how’s a girl supposed to say “no?”

After all, everyone knows a good girl’s greatest weakness is a bad boy. Eliza Crewe always thought she’d be a lawyer, and even went so far as to complete law school. But as they say, you are what you eat, and considering the number of books Eliza has devoured since childhood, it was inevitable she’d end up in the literary world. She abandoned the lawyer-plan to instead become a librarian and now a writer.

While she’s been filling notebooks with random scenes for years, Eliza didn’t seriously commit to writing an entire novel until the spring of 2011, when she and her husband bought a house. With that house came a half-hour commute, during which Eliza decided she needed something to think about other than her road-rage. Is it any surprise she wrote a book about a blood-thirsty, people-eating monster?

Eliza has lived in Illinois, Edinburgh, and Las Vegas, and now lives in North Carolina with her husband, her hens, her angry, talking, stuffed dwarf giraffe, and a sweet, mute, pantomiming bear. She likes to partially-complete craft projects, free-range her hens, and take long walks.
- October 02, 2014