Various Reviews - We Are All Completely Beside Ourselves, My Soon-To-Be Sex Life, Apple and Rain

Continuing trying to write a few more reviews than usual! Apple and Rain was read via NetGalley, thanks Bloomsbury! Other two were bought for Kindle. 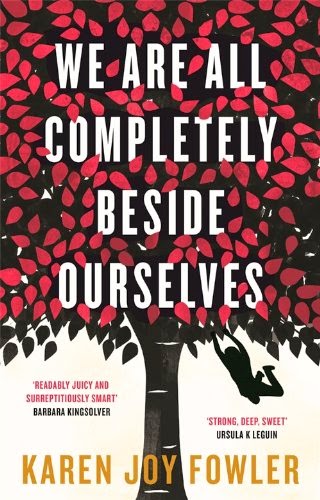 We Are All Completely Beside Ourselves by Karen Joy Fowler (adult contemporary, very highly recommended, Profile Books)

I rarely read adult non-genre fiction, tending to stick to YA, crime and fantasy, but every so often something comes along that takes my interest. I'd seen a fair bit about WAACBO on Twitter but hadn't read any reviews, but it was cheap on Kindle so I picked it up to try. I was completely hooked very early on and I'm really glad I went in knowing so little about it, because every review I've seen has given something major away.

That's not a criticism of other reviewers, by the way. The reveal comes fairly early on and it's such a big part of the book that it seems nearly impossible to review without mentioning this - but I'm going to try anyway, on the basis that a) knowing the reveal would completely change the way I'd read the early part of the book and b) if you want to know more about the plot, you can find fuller, less spoiler-free reviews on a huge amount of sites.

All I'll say, plotwise, then, is the very very start. Rosemary has just moved to college. Everyone there seems to want to talk about their families, but Rosemary keeps quiet about hers. She misses her older brother and her sister, who both disappeared from her life many years ago, and still has slight hopes of reconciliation - but will they ever return to her life, or are past mistakes too big to recover from? It's a gripping story with a perfectly-paced plot which makes you want to find out more and more about what happened to Rosemary's sister Fern, in particular.

It's told in a meandering way, starting with Rosemary at college, goes back to look at her early life back when her siblings were present, and then comes back to see her try to put right some of those past mistakes. It's a beautiful read and makes you think about families, about choices, morality and so many other things, raising some massively thought-provoking questions. In addition, I loved Karen Joy Fowler's exquisite writing, and Rosemary's wonderful voice, which is always tinged with sadness at what became of her family. It's also an incredibly funny read despite tackling some difficult topics.

The characters are superb, as well. Rosemary herself is the stand-out but her siblings are vividly brought to life, her parents are clearly portrayed as people who think they're doing the right thing, and the people she meets once she moves to college - particularly Harlow, a girl who gets her arrested almost as soon as they set eyes on each other, and Ezra, a doorman with ambitions to be the absolute best at whatever he does - provide wonderful comic relief. 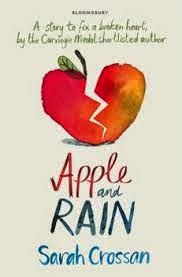 Apple's mother is back, eleven years after walking out on her. Taking Apple away from the grandmother who raised her so that they can get to know each other again, this should be a happy time for the teen as she finally has a mother to love her - but she starts to realise that perhaps it's not her who needs looking after.

I thought this was outstanding, and was particularly impressed by how well all the characters were portrayed - perhaps particularly the adults. While it's Apple's story, in the main, I thought her mother and grandmother were especially vivid creations. I found them both really realistic - the pair of them upset me a lot at times, with Nana seeming far too overprotective and Mum being completely unthinking, and even sometimes casually cruel without realising it. I believed in their behaviour completely, though - unlike in some books with bad parents, it was clear here just why people were acting in the way they did, and even when I was frustrated by them I could sympathise with them to a point.

The family relationships here are perfectly handled, and I loved reading the parts with Apple interacting with two boys - the much older, and unsuitable, Egan, and the new, formerly home-schooled, neighbour Del. Both are sweet in their own way and felt like very well-drawn teenage boys. The poetry Apple writes for English homework fits in beautifully with the themes of the book and I thought her teacher was excellent as well. It's a tear-jerker in many parts, and I believe Bloomsbury sent out physical review copies with tissues included - definitely a great idea, you'll need them! Overall, though, it's both heartwarming and uplifting. 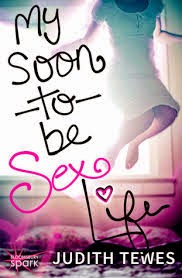 From the summary and the sample I read before buying this, I thought that the main focus would be Charlie's attempts to lose her virginity and that the book would be a knockabout comedy in a similar vein to Tom Ellen and Lucy Ivison's Lobsters, which featured two teens trying to have sex for the first time. In actuality, it's a warmer, sweeter storyline than that - I particularly liked the relationship between Charlie and her previously estranged grandfather, and I thought that two difficult topics (her grandfather's struggles with aging and her mother's addiction) were handled with great care and sensitivity. I also really enjoyed her friendship with Roach, and thought the interactions between the pair, and Roach's kid brother, were very well-observed.

I was less keen on love interest Eric, admittedly, who was never fleshed out all that fully. I think that it was more a case of insta-attraction, which I can understand, rather than the insta-love which plagues certain YA novels, but I'd have liked to have seen him get a bit more development earlier on in the book - as it was, it seemed crammed in towards the end.

Despite that, I think this is an enjoyable read and would definitely recommend it to fans of YA contemporary. (It's worth mentioning that - for the first time in years - I really haven't been in the mood for the genre recently and this is the first contemporary to hold my attention from start to finish for several weeks, with several much more anticipated books not managing that!) I look forward to reading more from Judith Tewes and from the Spark imprint.