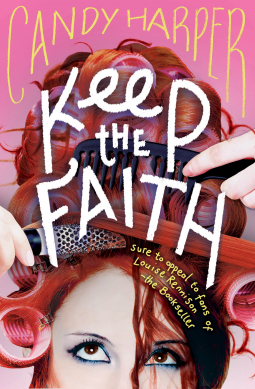 Title: Keep The Faith
Author: Candy Harper
Obtained: Received from publishers in exchange for consideration for a recommendation - thank you!
Genre: YA Contemporary
Massively Highly Recommended (This isn't technically ON my rating scale, but still...) Out 24th April


Warning: Slight spoilers for Have A Little Faith below.

Faith is back, and trying to pick between the awesomely wonderful Ethan and the gorgeous but not all-that-interesting Finn (my bias, not hers!) Other stuff is happening but there's little point going into details about it because let's face it, with characters like Candy Harper's they could be doing ANYTHING and it would still be amazingly good.

A bit of background, before I start this review. Have A Little Faith was one of my favourites of last year, to the point where I've bought ten copies - as presents for family members and to give and lend to other book reviewers so they can see for themselves how wonderful it is. It's also one of the only books published last year that I've reread - and the only one I've read three times. (It's just as wonderful third time around as it was at first.) Oh, and there's a hefty quote from my review of the original decorating the back of this book. (See below!)  So you might say I had high expectations of this one.

Were they met? Absolutely, and then some! It's another brilliantly funny read with dozens of hugely quotable lines.  It's taken me three reads of the first book to realise just why I loved it so much, though. Yes, I knew from the start that it was a hilarious read, and this is just the same - I raced through it, with a huge grin on my face right the way through. But behind the laughter, it's the characters and the way they behave towards each other which are strong enough to lift it above some of the other really hugely funny books I love.

Faith is one of my all-time favourite lead characters. She's bratty, self-centred, surprisingly violent, and argumentative. But she's also clever, resourceful, good to her friends, knows what she wants, and goes all out to get it. The other characters are also wonderful - Lily, who has a great heart and an interesting, if slightly bizarre, way of thinking, is my personal favourite, but everyone else is superb  too. Special mention goes to Mrs Webber; I love seeing realistic teachers with actual senses of humour. Oh, and Ang and Elliott may be the cutest couple ever.

But I think the absolute best thing about both this, and the first book, is the relationships. Not the romantic ones - Finn vs Ethan is a no-contest, and it's fairly obvious that Faith doesn't need either of them. But the friendships here are perfectly formed. The central quartet of Faith, Megs, Lily and Angharad are brilliant because their interactions seem so realistic. They're loyal to each other, they help each other out, and when they argue, they sort it out by talking to each other and being honest - Megs with her jealousy of Lily in book one, one particular conversation between Megs and Faith here. It's not only a staggeringly funny read, but the strong yet subtle message about the importance of honesty with your mates makes it one that teachers should be shoving into students' hands as quickly as they can.

Similarly, the family relationship Faith has with her parents, brother and granny is outstanding. They irritate each other, they don't really understand each other at times, but there's a massive amount of love there - which shines through particularly in a birthday celebration between Faith, Sam, and their mum and dad.

When it comes to light, funny reads that will never fail to make you smile, this is one of the best of them all.

Candy was kind enough to give me a great guest post last week on her influences for the two books.

Check out the quote, my longest ever on a cover - many thanks to Sophie from So Many Books, So Little Time for letting me use her picture as my copy is currently elsewhere. 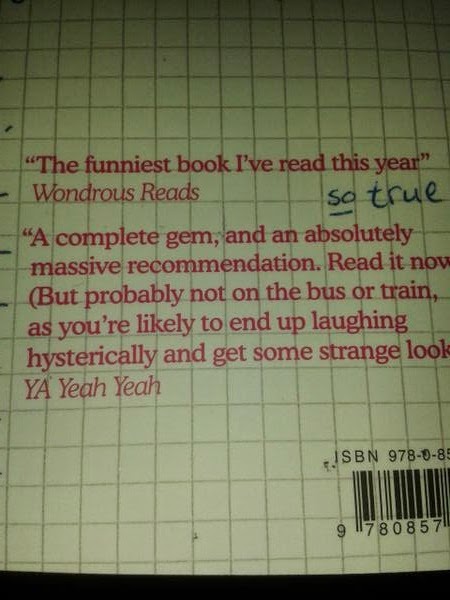