Joint Interview with Clementine Beauvais and Sarah Horne and Giveaway

In my continued quest to read more MG, I've devoured all three Sesame Seade novels over the past month or so, so was thrilled to get the chance to talk to Clementine Beauvais, the author AND Sarah Horne, the illustrator!

Check out my reviews of Sleuth on Skates, Gargoyles Gone AWOL and Scam on the Cam, and if you're in the UK or Ireland, after the interview, enter my #SesameSolves giveaway on Twitter to win a set of all three books! Huge thanks to Hodder Children's Books for their generosity. 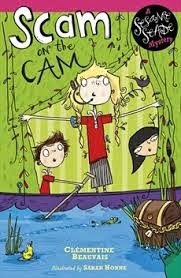 Clementine Beauvais: The jury of the Nobel Prize, of course, but also a flock of primary school children running around the playground in search for interstices of freedom in the adult-imposed routine.

CB: Bizarrely, I don’t tend to picture my characters very much in my head, unlike fictional places, which are very clear to me. I don’t generally think of my characters as blonde or brown-haired, as white or black. As a result, I don’t often describe my characters – Sesame’s never described in the books. I had a long conversation with my editor about what Sesame looked like – she needed to tell Sarah! But I honestly had no clue. We made it up on the phone!

Then, when I saw Sarah’s first sketch of Sesame, I immediately thought – “That’s it! That’s Sesame!”. I ‘recognised’ her, even though I’d never seen her. 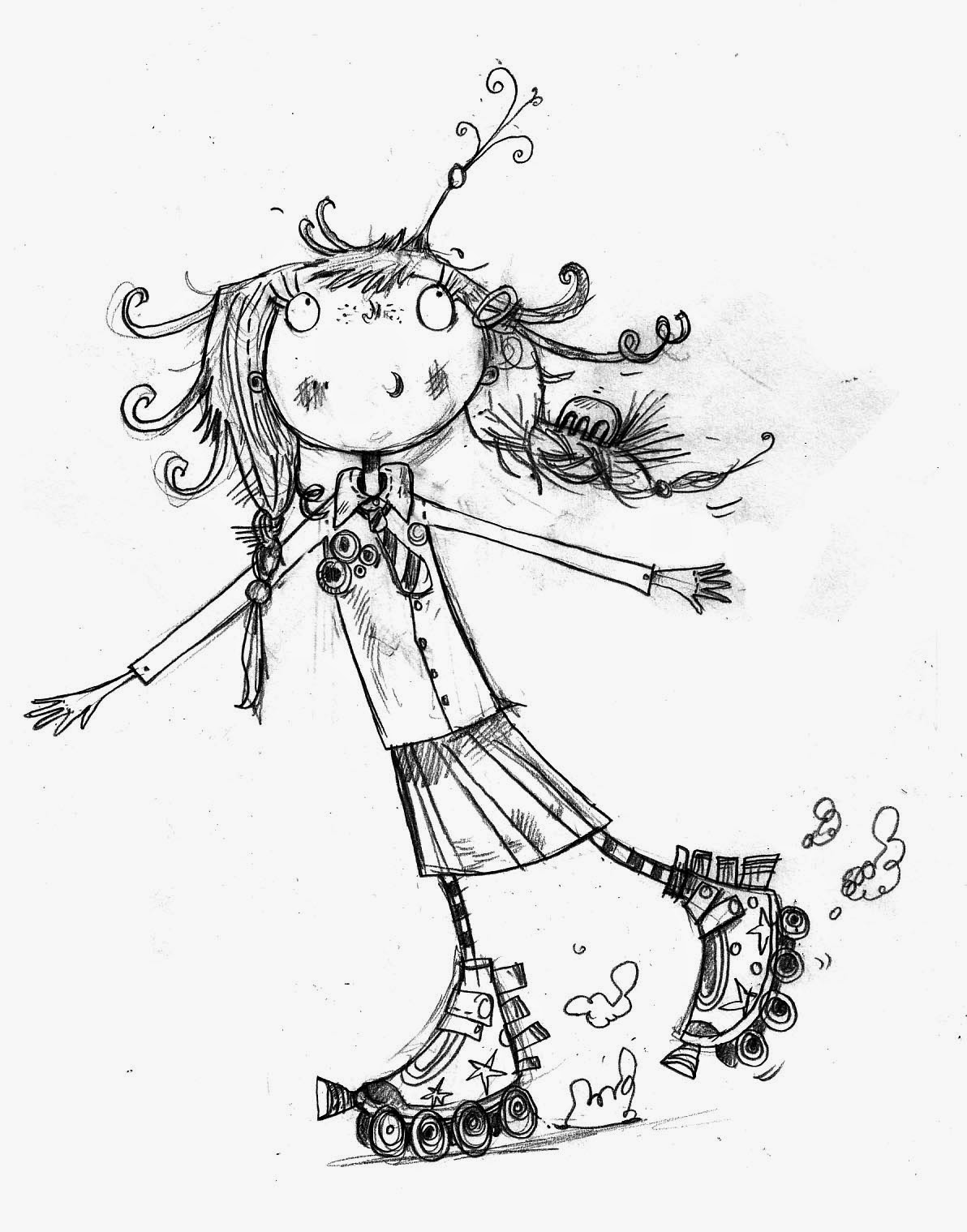 CB: Maybe the velociraptors in Jurassic Park. Or Mrs Coulter in Philip Pullman’s His Dark Materials. Or Norman Bates of Psycho… actually, they’re all pretty much the same character, aren’t they? Sesame’s villains aren’t as murderous. But her mum can certainly be as scary as a velociraptor sometimes.

CB: To be honest, they’re more of a game with myself: an added challenge. “How many references to obscure things can I put in there without them being taken out?” Most often I don’t expect anyone to spot them – they’re just there for me to have fun while I write the book. A few of them get taken out at editing stage.

But I was flabbergasted that my editor let me keep the sentence ‘and the multitudinous seas incarnadine’ (I think that’s the sign of a good editor!). Maybe one kid will remember the line in a few years’ time, when rediscovering it in a Shakespeare class…

CB: For now, there’s only three books, though maybe if readers send enough boxes of sesame snaps to Hodder… But I don’t think she can ever grow up. She’s too cool for adulthood. And Jeremy Hopkins provides the perfect portrayal of the typical Cambridge student. As we speak, he’s probably got an essay to write, due last month.

CB: I have a series for younger readers coming out with Bloomsbury in September. The first one is called The Royal Babysitters, and sees Holly and Anna Burningbright, helped by Prince Pepino, trying to babysit the royal sextuplets of the King and Queen of Britland while repelling an invasion by King Alaspooryorick of Daneland. Needless to say, he’s come with hummingbird cannons and an army of robotic mermaids. It’s completely different from Sesame, but still (hopefully!) funny and adventurous.

Sarah Horne: Sometimes lots of guidance, sometimes none at all depending on the project. Usually there’s a lot of discussion between the publisher and myself once we get started on a book. I am often given a character description of how the author sees their characters, then I spend some time reading the text and getting a feel for the characters and scenarios, and we go from there.

SH: The Sesame Seade books have been a massive joy to illustrate. I think one of my favourites to draw was Sesame’s bedroom door sign from Gargoyles Gone A.W.O.L. - Very witty stuff. I had to do this one in a couple of sittings for fear of going seriously cross-eyed.

SH: At one point, I think it was at a rate of about 1 in 5 illos, where I wondered how on earth I was going to draw that thing! A notable one was 'Sesame Film Noir' from Sleuth on Skates. Quite a bit of research went into that particular piece.

SH: Yes, I was fairly clear on what I wanted to do. I always loved to draw for stories, but I didn’t know it was called illustration. My dream job was either to be a dustbin lady or to sit in an office all day and draw and draw and draw.

I loved Richard Scarry's books and the amazing detail in his work. I also loved books by Judith Kerr, Babbette Cole and Raymond Briggs. One of my absolute favourites was Don’t Forget The Bacon by Pat Hutchins.

SH: I’m nicely busy at the moment- currently working on a very fun novelty/picture book with Hodder, some non-fiction work with Egmont, and a scattering of smaller fiction projects which involve some nice inky black and white work.


Sounds fab! Thanks for talking to me, both.


Now, do you want to read these awesome books? You should do! And I have a set to give away to a lucky winner in the UK/Ireland.

To enter, just head to Twitter and tell me which mystery, fictional or real-life, you'd most like to see Sesame solve! Tweet using the hashtag #SesameSolves and I'll pick a winner on Thursday 17th April. Closing date to enter is 11:59pm BST Wednesday 16th April.

UK and Ireland only, 13 or over, please. If you win, I'll get in touch with you and ask you for your address to pass on to publishers, then delete it once you've received your books.

Thanks to Stacey and Debbie for advice given on the giveaway, by the way.
- April 07, 2014