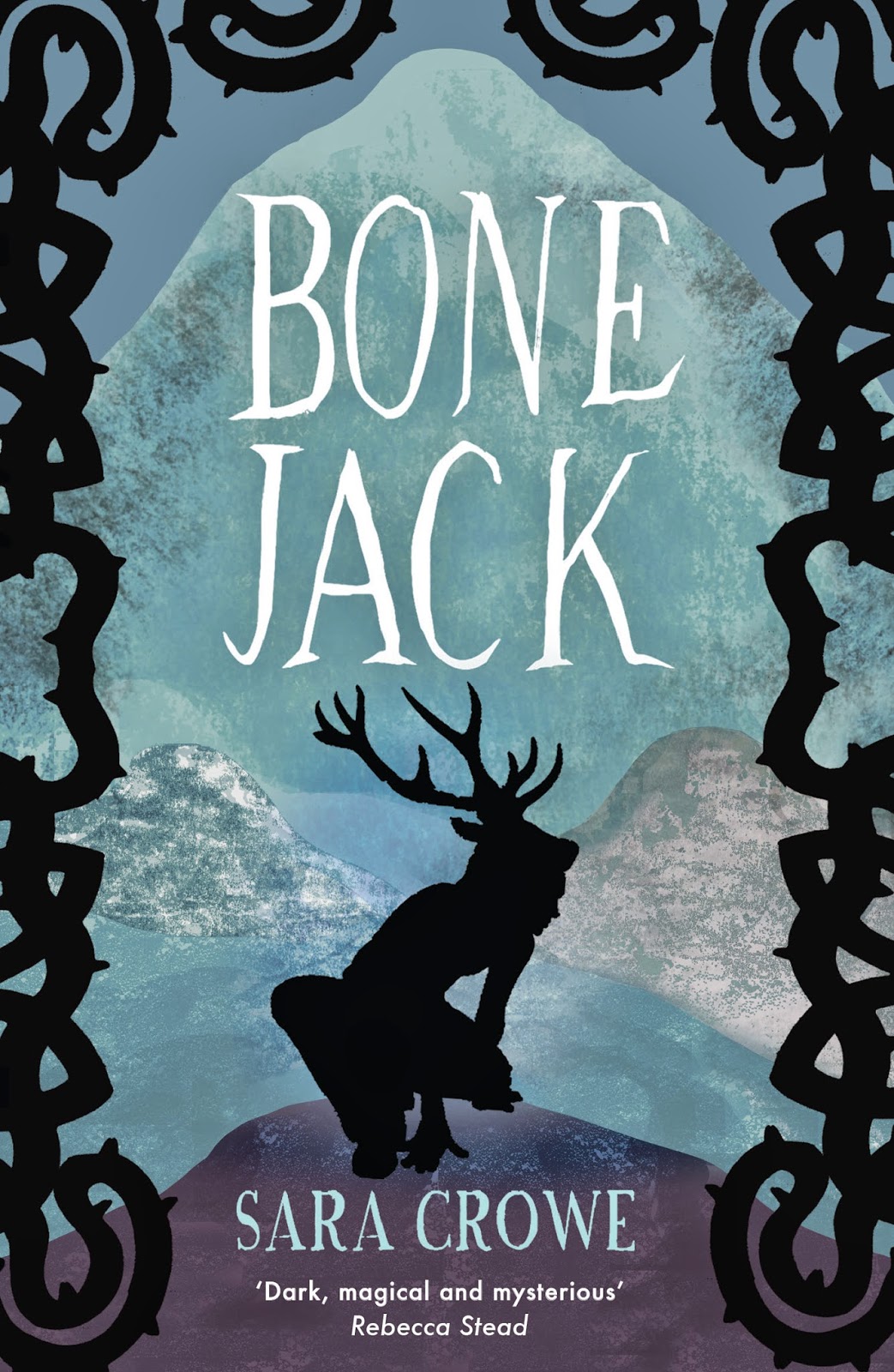 Title: BONE JACK
Author: Sara Crowe
Obtained: From publisher in exchange for consideration for a recommendation
Why I Read It: The cover and blurb made it sounds amazing. (Spoiler for my review - they were right!)
Genre: YA contemporary fantasy
Very Highly Recommended
Release date: April 3rd

15-year-old Ash has been waiting for his father to come back from the war. He's following in his dad's footsteps as the stag boy in the traditional Stag Chase, and he knows his dad will be proud of him. Running through the mountains whenever he can to train, he's not bothered by the taunts of the other boys who he beat to become the stag, and who will take their places as hounds - he knows their hostility is traditional. But something is stirring in the countryside, and he sees strange visions, while his old friend Mark is behaving seriously creepily. Is Mark just grieving for his father, or is there something more sinister at work?

This is becoming a remarkably strong year for debut authors. The first three months have seen the publication of Non Pratt's Trouble, Anne Booth's Girl With a White Dog, and Tess Sharpe's Far From You. Joining their ranks as a truly stunning first novel is Bone Jack, a deeply disquieting tale which mixes old legends with thoroughly modern problems. Ash's village is reeling from foot and mouth, his father is suffering from shell shock after returning from the war, and farmers are going bankrupt all around. It's the perfect balance of these elements which make this stand out as something special.

I read a lot of books quickly but this is perhaps the one I raced through fastest recently. That's partly because I was desperate to find out what would happen - it's a really unpredictable read - but it's also because there's no way on earth I wanted to be reading it after 10 o'clock at night! (That turned out to be nowhere near early enough as a cut-off point, sadly - I woke up twice during the night. The first time, I couldn't get back to sleep in case a character from the novel was waiting in my dreams; the second, because I was too busy trying to think how to review something this brilliant!)

Ash is a great main character, who's physically and mentally tough but who doesn't know how to handle either his father or his former best friend. It's these two relationships which give the book a lot more depth than I was perhaps expecting - both are superb. The portrayal of Ash and his mum trying to ease his father back into his old life and avoid stressing him out is excellent, while the antagonistic way Mark and Ash interact feels incredibly realistic for two people once so close. The fantasy elements are also brilliantly handled, with strong elements of classic legends like the Wild Hunt being clear influences. (Speaking of the Wild Hunt, if you're looking for perfect music to listen to this, head to the wonderful BarlowCree's website and check out Mallt-y-Nos, the third video down.)

Massive recommendation to all, particularly to fans of The Dark Is Rising, The Wicker Man, or Hollow Pike. I'm already desperate to read Sara Crowe's next!
- March 25, 2014