Classic Children's/YA: Stacey from The Pretty Books on Anne of Green Gables by LM Montgomery

Stacey from the Pretty Books is not only a great blogger but a really nice person as well; it was fab to talk to her at the recent Faber and OUP events! I'm thrilled to present this guest post from her about one of those series I've been meaning to read for ages... 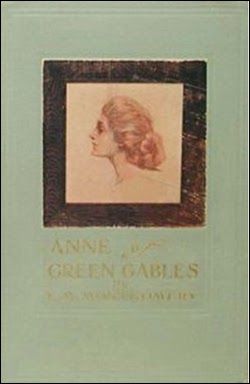 Number of books: 6 books in the series: Anne of Green Gables, Anne of Avonlea, Anne of the Island, Anne of Windy Poplars (also known as Anne of Windy Willows), Anne's House of Dreams and Anne of Ingleside, which range from when Anne Shirley is 11 years old to 40 years old. She is 11-18 in the first two books, which are the two (for obvious reasons!) published as children's classics.

Availability: Anne of Green Gables, originally published in 1908, is a popular children's classic so it's incredibly easy to find copies of the first two books. I love the Vintage Children's Classics edition, but there are many other beautiful editions, including Modern Library, Aladdin Classics, Usborne, 100 Years of Green Gables, Puffin Classics and Puffin Classics Hardback. Just pop into your local bookshop and have a look! If you'd like to purchase the entire series or would just like a taste before buying physical copies, there's also inexpensive eBooks collections available. I bought the Delphi Complete Works of L.M. Montgomery, but there's so many more available (and cheaper) now.

The Premise: Marilla and Matthew Cuthbert, two siblings living on Prince Edward Island, Canada, decide to adopt an orphan boy to help out on their farm. But when Matthew goes to pick up the boy from the train station, he is shocked to find little red-headed Anne Shirley, and is instantly taken to her, charmed by her enthusiasm and talent for chattering. Anne Shirley, or as she likes to call herself, Cordelia ('It's such a perfectly elegant name') is an imaginative, creative young girl who fervently disapproves of anything that leaves 'no scope for imagination' and is given to colourful outbursts ('my life is a perfect graveyard of buried hopes'). Soon it becomes impossible for the Cuthberts to imagine life without little Anne Shirley.

Why I Really Like It: Anne Shirley is one of the best characters in classic children's literature – and one of my favourites. I adored her imaginative, romantic exaggerations, which made me giggle and smile to myself, and her ability to see beauty in everything, which is rather fluffy, but lovely. She is incredibly articulate, loquacious and funny, and I couldn't help but love her. I also love reading about a time that's so different to our own. I enjoyed the playfulness of childhood – the ability to see a beautiful garden or tree as a excuse for imagination and adventure – and going back to a time when loyal friendship was so easily forged. It's a mixture of conservative views – often taken with irony – and progressive views, such on the women's vote and involvement in politics. It's a wonderful novel that I hope people who love children's books, even if they're intimidated by classics, will have a go at reading.

Best Books: I haven't yet read all the books in the series, but Anne of Green Gables and Anne of Avonlea are considered to be the two children's classics.

Who It Will Appeal To: Anyone interested in classic children's literature, who has watched Little House of the Prairie, or loves smart, funny, imaginative child protagonists. I can imagine people who love Harriet Manners in Geek Girl or Colin Singleton in An Abundance of Katherines loving this series. But it's not just for children! Anne of Green Gables was originally published for all ages and we follow Anne Shirley's life right up to her having children, a career, a house, getting married...

Others By The Same Author: Lucy Maud Montgomery is best known for Anne of Green Gables, but she has also written Rainbow Valley, Rilla of Ingleside and The Blythes Are Quoted, about Anne Shirley's children and family friends. She has published 20 novels, 530 short stories, 500 poems and 30 essays. Whew! 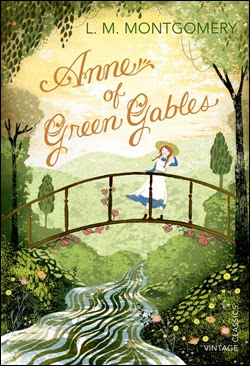 Stacey has awesome blogs on both Wordpress AND Tumblr - check them out! Also, follow her on Twitter.
- February 11, 2014