Project UKYA Blog Tour: Emma Pass on Why She Wrote The Fearless


I was thrilled to be invited to join the brilliant Project UKYA blog tour that's being organised by Lucy, and even more excited when she arranged for me to run a post by Emma Pass, whose dystopian thriller ACID was such a fantastic read! Here's Emma on why she wrote her upcoming book The Fearless. 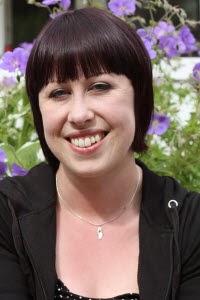 My first novel, ACID, was one that 'brewed' for a long time – 14 years, to be precise. But The Fearless was born much more quickly. The first spark came just a few months before ACID sold to my publisher in 2011 – I was attending a conference about children's books and writing as part of my day job (I'm a library assistant) and had the chance to take part in a workshop run by Julie Bertagna. She talked about how she often got ideas for her books from newspaper and magazine articles, then handed out some articles and asked us to use them to come up with story ideas.

The article my group was given was similar to this one, about scientists developing a drug to stop Post Traumatic Stress Disorder (PTSD). PTSD is an anxiety disorder caused by traumatic events, and causes serious problems such as flashbacks, aggression and insomnia. It can start many years after the event that triggered it, and is particular problem among military personnel, who witness many terrible things while on active service. According to this article in the Telegraph, one charity expects PTSD rates to rise by up to 12% each year until 2018, so any drug that could help reduce this rate is surely a very good thing indeed.

But as our group discussed the article, I started to wonder, what if the drug stopped people from feeling any fear at all? Or love? Or empathy? What if it turned them into murderous psychopaths?

These questions were to become the basis for the new novel I started writing shortly afterwards.

The Fearless imagines what happens after a drug given to UK and Allied troops to stop them suffering from PTSD and make them into more effective fighters is discovered to have a terrible side effect – it strips them of any humanity or empathy. By the time people realise what's going on, the enemy have managed to get hold of the formula and strengthen it so that the side effects start immediately, and then they start forcing it on anybody and everybody. Country after country falls to these super-soldiers, known as the Fearless, until at last, they invade the UK. Cass, the protagonist, is just ten when this happens, and after her father is taken by the Fearless, has to flee with her mother to an island off the south coast of England, where her little brother, Jori, is born. Seven years later, Jori is snatched by a Fearless too, and Cass must return to the mainland for the first time since the Invasion to try and rescue him, helped by a mysterious boy named Myo who seems to know more about the Fearless than he's letting on…

The Fearless was a lot of fun to work on. I love playing around with 'what if' scenarios and I've always wanted to write a post-apocalyptic novel, imagining what the UK would be like after a disaster has wiped out most of society. How would people survive? What would places familiar to me look like once they were abandoned? As with ACID, many of THE FEARLESS's settings are based on places I know, in particular Sheffield railway station and Meadowhall shopping centre (I considered using London, but as that was such a major setting in ACID, I decided to go somewhere different). I was also hugely inspired by reading blog posts and articles about Hashima Island in Japan, upon which I based Hope Island, the refuge Cass flees to at the start of the book.

But most of all, I wanted to write a book where the monsters might not really be monsters after all – where the good guys could turn out to be the bad guys, and where nothing was quite what it seemed… I hope people enjoy it!

Emma Pass has been making up stories for as long as she can remember; she reckons it's the most fun you can have without attracting attention from the authorities. She wrote her first novel, aged 13, in maths lessons with her notebook hidden under her work. After school, she went to art college, but soon realized she wasn't cut out to be a painter and decided to stick with writing.

Many years later, the late nights, early mornings and large amounts of coffee and angst finally paid off. Her debut novel, ACID, a dystopian thriller with a kick-ass heroine who goes on the run from a sinister police force, is out now from Corgi/Random House, and will be published in the US on 11th March 2014 by Delacorte. THE FEARLESS, a post-apocalyptic thriller about a girl trying to rescue her brother from psychotic super-soldiers, is out on 3rd April 2014 from Corgi/Random House and in early 2015 from Delacorte. She is represented by Carolyn Whitaker at London Independent Books.

By day, Emma works as a library assistant and lives with her husband and crazy greyhound G-Dog in the North East Midlands.

Emma Pass can be found at EmmaPass.com and on her blog, as well as on Twitter and Facebook. She is a contributor to The Lucky 13s and Author Allsorts. If you want to get in touch with her, contact her on emmapassauthor@emmapass.com, or pass publishing-related queries onto her publishers at childrenspublicity@randomhouse.co.uk (UK) or rhkidspublicity@randomhouse.com (US). A post-apocalyptic thriller for young adults, coming 3rd April 2014 from Corgi/Random House Children's Publishers (UK) and early 2015 from Delacorte (US).

The Fearless. An army, powered by an incredible new serum that makes each soldier stronger, sharper, faster than their enemies. Intended as a force for good, the serum has a terrible side effect – anyone who takes it is stripped of all humanity, empathy, love. And as the Fearless sweep through the country, forcing the serum on anyone in their path, society becomes a living nightmare.
Cass remembers the night they passed through her village. Her father was Altered. Her mother died soon after. All Cass has left is her little brother – and when Jori is snatched by the Fearless, Cass must risk everything to get him back.