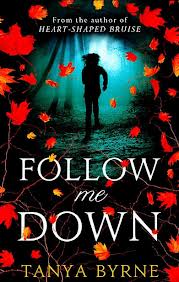 Adamma Okomma, daughter of a Nigerian diplomat, isn't keen on moving to boarding school, even the exclusive Crofton College in Wiltshire. However, after arriving there, she quickly makes friends with the beautiful but unpredictable Scarlett. What seems like a beautiful friendship, though, is torn apart when both girls fall for the same guy. After Scarlett goes missing, can Adamma put their problems behind her?
I enjoyed this, despite finding much of the plot rather easy to guess, because the two main characters of Adamma and Scarlett are really well-portrayed. Adamma is a bright young girl and a loyal friend, while Scarlett is unpredictable and at times annoying, but has such a forceful personality that it's easy to see why Adamma likes her so much. I also thought the adult characters, particularly the policeman who sets out to solve Scarlett's disappearance and the two girls' fathers, were very well-drawn.
The action takes place in two timelines, flicking back and forth between the past - starting wtih Adamma's arrival at the school - and the present, just after Scarlett goes missing. The constant changes, letting us see the growth and then decline of Adamma and Scarlett's friendship and the effect Scarlett's disapperance has on the school, build the tension well. The relationships between the girls generally – not just Scarlett and Adamma – are also well-portrayed and believable. As mentioned earlier, I found the mystery predictable, but was still glued to the book to see if I was right.
It’s a dark and atmospheric read, in the same vein as Byrne’s superb debut Heart-Shaped Bruise. If I’m honest, I didn’t think it was quite as good as her first book – not a major criticism, as that was one of the best YA contemporary books of last year for me. However it’s an easy recommendation and confirms Tanya Byrne as a definite name to watch out for. I’m already looking forward to her next novel!
- May 19, 2013