YA Yeah Yeah Year-Ends Part 3: Best YA Novels by Genre

As with earlier parts, 2013 releases which I've already read aren't counted - which explains the absence of Pantomime by Laura Lam, which is staggering and would otherwise have been a definite top 5 in the speculative category.

Days Of Blood And Starlight by Laini Taylor - I enjoyed most of the first book in this series, Daughter of Smoke and Bone, but found the last half to be weaker than the first. No such problem in this one - it's great all the way through, with a fantastic plot and a great heroine.

Department 19: The Rising by Will Hill - Ridiculously long, but not a word is wasted. Hill cuts between a myriad of characters effortlessly and despite this book being gigantic, it's completely enthralling from start to finish.

Fear by Michael Grant - The end is in sight for this amazing series, and I really, really don't want it to be. Grant has created an incredible setting and some of the most compelling characters I've ever read about.

Hollow Pike by James Dawson - A tense and terrifying debut novel with some wonderful characters and a brilliant location. A superb debut novel!

Wereworld: Shadow of the Hawk by Curtis Jobling - I don't talk about Wereworld for fear of spoilers. However, it's an epic fantasy which you REALLY should be reading! This one is stunning, book 4 (Nest of Serpents) is also excellent. 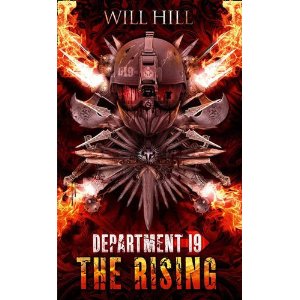 Department 19: The Rising by Will Hill

Code Name Verity by Elizabeth Wein - A tearjerker which had me crying my eyes out. Wein captures the horror of World War II, and the bravery of numerous people involved, wonderfully.

Debutantes by Cora Harrison - A fabulous cast of characters and writing which evokes a really strong feel of the Twenties make this a very enjoyable read. Highly recommended, especially to Downton Abbey fans.

Flappers: Ingenue by Jillian Larkin - This tale of Prohibition-era America is even better than the first in the series, Larkin's excellent Vixen. Hugely recommended.

The Things We Did For Love by Natasha Farrant - Incredible, heartbreaking, tale of World War II France and the Resistance. 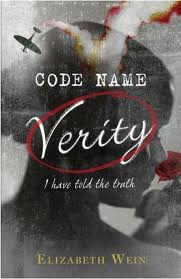 The Anti-Prom by Abby McDonald - I raced through McDonald's wonderful light YA contemporary novel in just a few hours - it really is completely impossible to put down.

Graffiti Moon by Cath Crowley - Stunning teen contemporary novel with a central pairing who have absolutely incredible chemistry and some of the most lyrical writing for a long, long time.

Pushing The Limits by Katie McGarry - Really strong characters and an excellent plot make this tale of two damaged teens trying to help each other a must-read.

Second Chance Summer by Morgan Matson - One of the best tearjerkers in recent memory, this story of a girl struggling to come to terms with her father's illness and a return to the holiday home she last visited five years ago and the people she knew there is outstanding