This is the second of a four part series celebrating my favourite books of 2012. Today's is the second of two featuring the best characters - from YA (mainly), MG and adult books alike. These are my very favourites in each category. As with the rest of the series, this is limited to 2012 UK releases.

Frieze - Changeling by Philippa Gregory - Taken from my review - "servant Freize irritated me for the first 60 pages or so with his constant self-deprecating humour, won me over by the middle of the book, and by the end had become one of my favourite supporting characters for ages." He's not been beaten by many since!

Geder - The King's Blood by Daniel Abraham - I'm not even going to attempt to describe Geder because I'm guessing most of my readers haven't read either book in Daniel Abraham's superb The Dagger and The Coin series yet, as it's adult fantasy. There's a reason that it's one of the only adult novels I loved last year - it has outstanding characters, and Geder is the jewel in the crown. Superb.

Hector - Wereworld: Shadow of the Hawk AND Wereworld: Nest of Serpents by Curtis Jobling - Hector's character arc over the Wereworld series has been second to none. Again, mentioning much about where he is now would risk spoiling earlier books, but it's been an incredible journey to get there.

Taylor's dad - Second Chance Summer by Morgan Matson - This was one of my favourite contemporaries in a really strong year, and there were several of Matson's characters who nearly got a mention in today's posts. Her absolute best, though, is Taylor's dad, who's brave in his acceptance of his terminal illness and manages to help her and give her good advice even as his condition deteriorates.

Valentin Rusmanov - Department 19: The Rising by Will Hill - Another one where giving details would spoil it. Suffice to say that Valentin is one of the two most spellbinding vampires I've ever read about. 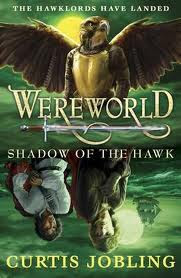 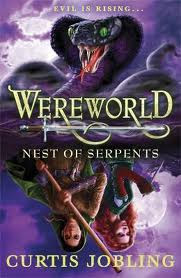 Hector - Wereworld: Shadow of the Hawk AND Wereworld: Nest of Serpents by Curtis Jobling

Alice B Lovely - Life According To... Alice B. Lovely by Karen McCombie - Counting her as supporting rather than main, even though she's the title character, because the book is really about the effect teenage nanny Alice has on narrator Edie - and what an effect it is! The enchanting Alice is so vivacious a character that Edie's gradual character development is brilliant, and totally believable.

Larissa - Department 19: The Rising by Will Hill - This is yet another one I'm avoiding spoilers for (sorry!), so saying very little. I'll just let you know that Larissa is the other one of the two most spellbinding vampires I've read about.

Sybil - I'm Dougal Trump and It's Not My Fault by Dougal Trump - Sybil is a brilliant antagonist to the fabulous Dougal Trump, in the same vein as the long-suffering Ethel in Richmal Crompton's famous Just William series.

Zuzana - Days of Blood and Starlight by Laini Taylor - A complete scene-stealer every time she appears on a page. Absolutely wonderful - a loyal friend and a kick-ass character in her own right.

Lucy - My Big Fat Teen Crisis by Jenny Smith - One of the only times I can ever remember reading about a character with cerebral palsy in a teen book, Smith's portrayal of Lucy is absolutely lovely. 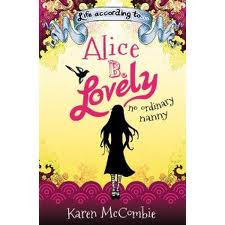 Alice B Lovely - Life According To... Alice B. Lovely by Karen McCombie

Emily - Heart-Shaped Bruise by Tanya Byrne - Is it wrong that I found a criminal to be one of my favourite characters of the year? While she's hardly a traditional heroine, Emily's character is so well-written that it's hard not to sympathise with her.

Kat - A Reckless Magick by Stephanie Burgis - A feisty, clever, resourceful and generally amazing heroine. Kat was one of my very favourite heroines ever when I read her first book, A Most Improper Magick, and has got better and better as the trilogy went on.

Maddie - Code Name Verity by Elizabeth Wein - One of two young women who completely broke my heart last year. (Both were fictional!)

Pea - Pea's Book of Best Friends by Susie Day - Adorable! Pea is a stunning character in the best tradition of classic authors like Noel Streatfeild.

Verity - Code Name Verity by Elizabeth Wein - The other one who broke my heart. I think the weekend I read this was the most I've cried in years, and certainly the most I've ever cried over fiction. 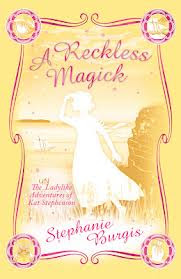 Archie - Another Life by Keren David - The switch from Ty to Archie to narrate the main part of this last book in Keren David's superb trilogy is a bold move which really pays off thanks to Archie's entertaining character and excellent voice.

Dougal - I'm Dougal Trump and It's Not My Fault by Dougal Trump - I never thought a book in which a young boy was writing his will (and constantly revising it) would be quite this funny. Dougal - thankfully not actually dying, at least unless the creature in the shed gets hold of him! - is a brilliant narrator.

Hal - VIII by HM Castor - An enthralling portrayal of the life of Henry VIII, one of history's most notorious rulers. The development of Hal from a charismatic teenager to an aging tyrant is wonderfully done.

Harper Madigan - Harper Madigan: Junior High Private Eye by Chelsea M Campbell - I dipped into self-published novels here and there last year, with some results which were much better than I was anticipating. One of my favourites was this superb mix of a school story and a film noir, thanks to narrator Harper's incredibly strong voice.

Tarzan - Tarzan: The Jungle Warrior by Andy Briggs - Briggs, in his reboot of the Tarzan saga, has created a modern legend in the making in his portrayal of the title character as an eco-warrior for our age. 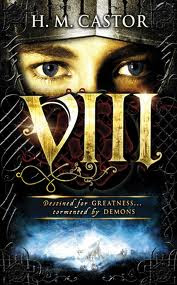