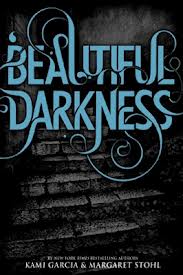 WARNING: SPOILERS FOR BEAUTIFUL CREATURES BY KAMI GARCIA & MARGARET STOHL
Growing up there, Ethan Wate always thought Gatlin was a normal enough Southern town, if you could forgive the inhabitants' obsessions with the War of Northern Aggression. That was until he met Lena Duchannes and got plunged into her family's own civil war, as her family fought to get the young Caster to choose either Light or Dark. If you've haven't read Beautiful Creatures, the first novel in this sequence, break off from this review and go out and grab it now! If you have, you'll remember that Lena's 16th birthday left her with a choice to make that would kill half of her family. This book follows Ethan as he tries to support her through that choice but watches her get pulled towards her Dark cousin Ridley and a new boy in town, the mysterious John Breed. While the first novel was more of a romance, this is an adventure story which sees Ethan, his friend Link, new girl in town Liv, and a variety of others embark on a journey to save the day.
I should probably start this review by mentioning that the first book in this series was one of my favourite books of the last few years and this is one of the books I've been most anticipating. Bear in mind when reading this review that I had sky-high expectations of it!
After an excellent start at the funeral of Macon Ravenwood, Lena's guardian, I found the first part of Beautiful Darkness a bit on the slow side. It was certainly a marked change in pace from the original book, and put me off slightly. Having said that, once we got deeper into the action, I was completely drawn back into the world of Gatlin and the surrounding area and loved the way various characters were developed and we found out that more and more of the seemingly ordinary people in the town were somehow involved in the supernatural world. And then there's Link. Resounding unsupernatural, loyal to a fault, and brave to the point of complete stupidity, as a sidekick Link is completely unmatched in recent novels. If the first book is about Ethan and Lena, this one is definitely more focused on Ethan and Link as the pair stick together and fight against the most terrifying and overpowering opposition.
As before, Stohl and Garcia's writing style is absolutely gorgeous and definitely makes this book one to savour and to reread - I was also particularly impressed by the character development here, as Ridley became a much more interesting character as the book progressed and Liv went from being introduced as someone who seemed to be a younger version of librarian and Keeper Marian to becoming a well-rounded character in her own right. Also, special mention for the superb climax as Ethan, Link, Liv and some friends take on the Dark side of Lena's family - I originally thought this was of epic length; on rereading it's actually fairly short but manages to fit in such an incredible amount of action that it feels epic anyway!
There's also an intriguing last couple of chapters and an epilogue which set up the next book in the series really well. I originally had this down as 4½ stars because the start was slower than I'd have liked - but really, anyone who loved the first book will completely adore this one and be yet again hooked in anticipation as they wait for book three, so I can't find it in my heart to deprive it of that fifth star. Very strong recommendation; just make sure you read book one first!
- January 27, 2013