I was able to grab a spot on Jeanne Bannon's Invisible Blog Tour - many thanks to Honey Bee Promotions for coordinating this! Jeanne was kind enough to pass on her tips on writing YA, along with a couple of extracts from Invisible. Thanks Jeanne!

Ten Top Tips for Writing YA

1. Don’t worry about guidelines for word count. The rule of thumb for YA novels is to write at least 50,000 words, but my advice is to write until the story is done. Don’t get too stuck on word count. You’ll know instinctively when your story is complete.

2. Be authentic. Teens will recognize a phony narrative or character right away. Don’t hold back on language either. If a character is the kind who swears, then write them that way.

3. Don’t be preachy. If there is a message in your novel, sprinkle it in and don’t be too in your face. Watch for author intrusion. You don’t want your teenage audience knowing a 40-year-old is writing the story, lol.

4. Try to remember what it was like to be a teen. Put yourself in their shoes. If you have teens in your life, talk to them and listen to them. It will help with authenticity.

5. Let someone in your target audience read your novel and take their advice to heart.

7. Join a writing critique group for input. I find this to be extremely helpful. Having other sets of eyes on your work will help you find things you’ve missed.

8. Don’t make too many of your characters sulky and complaining. Be sure to make your main character likeable. He or she can, and should, still have their flaws, but on the whole you want your readers to like and identify with him or her.

9. Leave your chapters off on a cliff hanger when possible. Make your readers want to turn the page.

10. Enjoy the process. Have fun. And leave your readers wanting a sequel.

Jeanne's book Invisible is out now and looks great!

Lola’s not pretty. Lola’s not popular. Lola wishes she could disappear … and then one day she does just that... For seventeen-year-old Lola Savullo, life is a struggle. Born to funky parents who are more in than she could ever be, Lola’s dream of becoming a writer makes her an outsider even in her own home. Bullied and despised, Lola still has the support of her best pal Charlie and Grandma Rose. Not only is she freakishly tall, Lola’s a big girl and when forced to wear a bathing suit at her summer job as a camp counselor, Lola’s only escape from deep embarrassment seems to be to literally vanish. Soon after, she discovers the roots of her new “ability”. Slowly, with Charlie’s help, Lola learns to control the new super power. The possibilities are endless. Yet power can be abused, too… Then, when tragedy strikes, Lola must summon her inner strength, both at home and at school. She has to stand up for herself, despite the temptations and possibilities of her newfound super power. A coming-of-age story that will warm the heart.

I always leave Grandma Rose’s apartment with a smile on my face and an ache in my heart. I wish my mother were like her. How lucky for my mom to have such a wonderful, almost normal, mother. I’m stuck with a parent in an ever-present state of adolescence, whose life’s mission is to desperately hang onto what’s left of her looks. My mom, with her rat’s nest of hair stacked high on her head, dyed cherry red with chunky blonde highlights and dark brown lowlights, and extensions thrown in for good measure. A woman can’t ever have too much hair, she’s forever saying. Giving me her version of what passes as parental advice. I prefer Gran’s words of wisdom – “extensions make a woman look trampy” and “dye your hair only when the white comes in.” It seems more dignified, because I think a woman can have too much hair.

Dad’s just as bad, with his funky jeans, Ed Hardy T-shirts, pointy-toed boots, pierced ears, tattoos and a soul patch. He’s going to be fifty next year, for God’s sake. The thought makes me cringe. I live with dim-witted middle-aged teenagers.

Gran tells me all the time it’s not what’s on the outside that’s important and I know she’s right. I suppose I’m a bit of a hypocrite, since I’m always complaining about my weight or my height, or the fact I don’t have a boyfriend. But I’m supposed to be obsessed with fitting in and with my looks; after all, I’m the teenager.

It’s only a ten-minute walk home from Gran’s. I tilt my face toward the sun, soaking in the warmth of the spring day as I make my way along familiar streets. When I approach the park on the corners of Whiteside Avenue and Moorehouse Drive, I stop dead. Sudden dread causes the beat of blood to fill my ears.

There are three boys and a girl – Nino Campese, Tyler Campbell, his girlfriend Julia and Jon Kingsbury. They’re seniors like me and even though we’ve known each other since kindergarten, once adolescence hit and separated the weak from the strong, the cool from the nerd, I became prey. I was hunted by those better looking, and with more attitude, simply for their entertainment.

I plunge my hands into the pockets of my jean jacket and hang my head. Taking large quick steps, I tread quietly. They’re talking and laughing and the foul scent of cigarette smoke wafts past me in the breeze. From the corner of my eye, I spot Julia and Tyler sharing a butt as they cling together under the large plastic orange slide. Nino’s holding court and Tyler’s laughing at something Nino has said and Jon, well Jon just stands there, looking bored.

Why is he with them? My heart sinks. I thought Jon was different.

Tyler’s eyes flicker my way; immediately I pick up my pace.

“Where do you think you’re goin’, ya fat cow?” Nino hollers, as he jogs up beside me followed by Julia and Tyler.

Nino jumps into my path. “Where’s your girlfriend, Savullo?” He sneers and spits a snotty gob at my feet.

“Lesbo freak,” Julia chimes in and flicks a butt at my face.

It bounces off my chin with a burning sting. I glare down at her with her hawkish nose and eyes that are too close together. “Get out of my way,” I growl through gritted teeth and try to step around them, but Tyler grabs my elbow, his fingers bite into my flesh and a small groan escapes me.

“We’re not done talkin’ yet, hippo,” he snarls.

I yank free. Tears sting my eyes and the heat of anger and embarrassment reddens my face.

“Leave me alone!” I scream and push. Tyler’s tall, but skinny and I manage to knock him on his ass. But as soon as I take a step, Nino and Julia are on me.

“Leave her alone,” Jon calls. He hung back from the action and is still standing by the orange slide.

I slam a shoulder into Julia’s face and hear a crunch as my bulk meets her nose. Blood spurts and the purple blur of manicured nails flash past, as she whips a hand to her face.

She gazes up at me in surprise. “You broke my nose, you bitch!” Then she looks at Tyler with eyes that say “you better do something about this.”

My heart beats so hard, the swishing of blood in my ears is a roar. They’re swearing, yelling and threatening me, but panic has taken over as adrenaline pushes into my veins, and I make out nothing coherent.

I turn and try to run back the way I’d come. But another hand is on me, biting the flesh of my upper arm through the fabric of my jacket. Then a fist smashes into the back of my head. “You’re nothin’ but a fat dyke.”

My knees smack the gritty concrete as my legs buckle, and deep heaving sobs erupt from me. Why do they hate me?

“Where the hell did she go?” Nino asks, his voice laced with astonishment.

“Holy shit!” Julia and Tyler exclaim at the same time. “What the…?”

Slowly, I pivot and look at them. They’re turning in circles, searching for me.

Jon is with them now. “She’s gone,” he whispers in wide-eyed disbelief.

I creep away on elastic legs.

I’ve worked in the publishing industry for over twenty years. I started my career as a freelance journalist, then worked as an in-house editor for LexisNexis Canada and currently work as a freelance editor and writer.

I’ve had several short stories published and won first place in the Writes of Caledon Short Story Contest. My novels, The Barely Boy and Dark Angel were finalists in the 2010 and 2011 Strongest Start Contests. One of my short stories “Thom’s Journey” is part of an Anthology entitled A Visitor to Sandahl and is available at Amazon.com.

Invisible, my debut novel, is about a teenage girl who isn’t happy with herself and wishes she could disappear. And one day she does. Invisible is available on Amazon, Smashwords, and the Solstice Publishing website.

When not reading or writing, I enjoy being with my daughters, Nina and Sara and my husband, David. I’m also the proud mother of two fur babies, a sweet Miniature Schnauzer named Emily and Spencer, a rambunctious tabby, who can be a very bad boy. 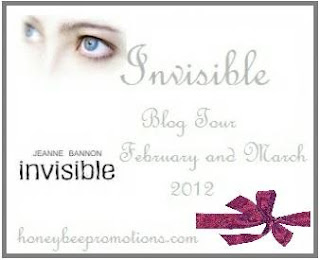