Waiting on Wednesday: Lia's Guide To Winning The Lottery by Keren David 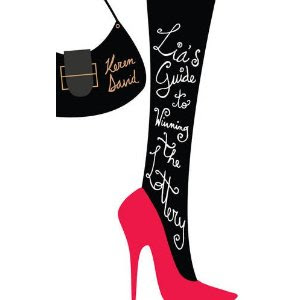 Money can’t buy you love. But it can buy many other very nice things. Lia’s mum is a nag, her sister’s a pain and she’s getting nowhere in pursuit of the potentially paranormal Raf. Then she wins £8 million in the lottery, and suddenly everything is different. But will Lia’s fortune create more problems than it solves? Everyone dreams of winning the lottery - but what’s it really like? Find out in this hilarious story by Keren David, whose acclaimed debut novel, When I Was Joe, was Highly Commended for the Booktrust Teenage Prize.


Why I'm waiting for it: Keren David caught my attention with her superb two-part series released at the start and end of last year, When I Was Joe and follow up Almost True. WIWJ was one of my very favourites of the year, featuring huge excitement, a fantastic central pairing of Ty, who was in the witness protection scheme, and love interest Claire, with some big problems of her own. Almost True continued Ty's story and rounded it off really well. They were intense and gripping reads which have got me interested in reading anything else KD releases - and the plot to this one looks fantastic!
- January 26, 2011