Review: Everything I Was - Corinne Demas 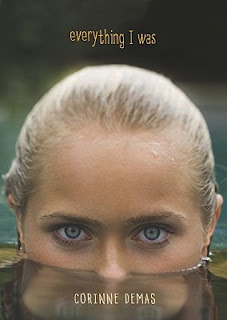 Note: I read this via NetGalley - thanks to the publishers for making it available to me for free in exchange for a fair and honest review.

Irene's family have always been well off. Living in an Upper West Side Penthouse, she's used to attending an all-girls prep school and taking lavish family vacations. So when her father suddenly loses her job and they have to move to the countryside to live with her grandfather, how will she cope?

I spent most of the time when I was reading Everything I Was waiting for something big to happen and being slightly surprised when nothing incredibly major did. Eventually, I realised I was approaching it the wrong way. It's a slice of life, a rather charming coming of age novel, which reads much more like something that would have been published 20 or 30 years ago than the majority of today's books do. Irene is a sweet main character, her new friends Meg and Jim and her grandfather are lovely, and there's just enough conflict with her parents to keep things interesting without even getting away from the realistic feel. There's a little bit of sweet, gentle romance, some beautiful scenes between Meg and her grandfather as she gets to know him better, and I love the book's setting in the countryside and the descriptions of the area. One small criticism - the cover REALLY doesn't fit in with the rest of the book, the girl looks far older and more mature than thirteen year old Irene and it was partly responsible for me expecting more to be happening in the book than I actually got.

It's a leisurely, peaceful read which is a nice change in pace from some of the action-filled stuff I've been reading recently and I'm definitely interested in tracking down more stuff by Corinne Demas. It won't be for everyone, but I'd recommend it to tweens and younger teens, especially fans of authors like Paula Danziger and Ann M Martin.
- January 08, 2011